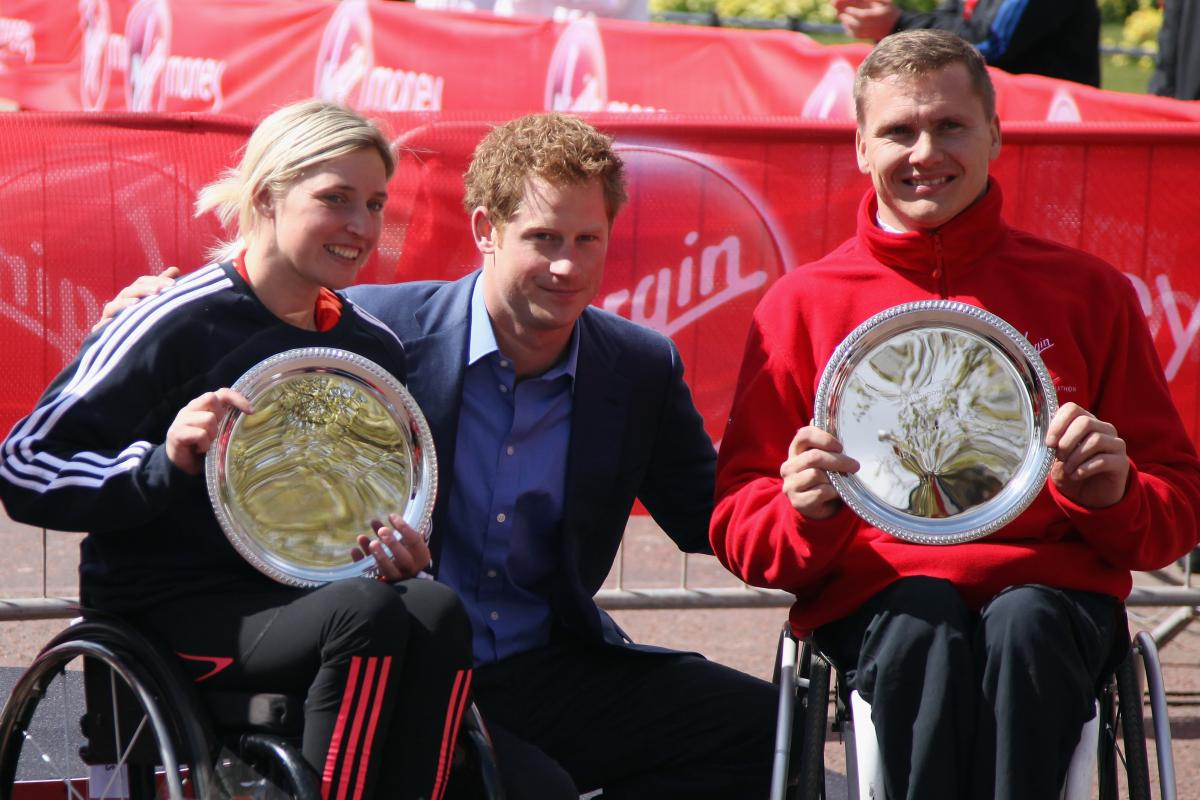 David Weir and Shelly Woods are re-assured that their Paralympic Games preparations are on track after impressive performances in windy but hot conditions on day two of the Knowsley Disability Athletics Grand Prix (Sunday 27 May).

Both athletes won T54 400m and 1500m doubles, but their execution was arguably more important than their times as the strong back straight wind once again denied athletes record marks.

“It’s all going well,” said three-time World Champion Weir who missed out on last week’s BT Paralympic World Cup as a precautionary measure following a race collision in Switzerland. “I think I may have damaged my chair a bit in the crash but that seems to be fixed now and I felt a difference today.

“Overall I felt better this weekend than I have done. I think losing weight over the past 12 months has made a big difference to me on the track because I’m lighter and quicker. Also, last winter was my first solid block of winter training in a couple of years and that, coupled with the great team I’m working with at St Mary’s, has helped; I really needed that winter training for my own confidence as well as for performance reasons and it’s really coming together.”

Woods - like Weir a Virgin London Marathon winner on the road in April - was also pleased with her weekend’s work on the track and admitted that her nemesis Tatyana McFadden, a multiple medallist in Beijing, was also her motivation: “There’s only so many times you can get beaten up by Tatyana before you realise you have to do something about it. I’m in a good place now and I know the path I’m taking. Before it was a bit of a windy path, but now I can see where it’s leading and I just want to ride it.”

“Coming out of the Swiss (Swiss National Championships) I’m happy,” she added. “I’m pushing better here, my technique is better and my speed has increased. I just feel really motivated right now and I know where I am and what I’ve got to do – all of that really makes you concentrate which is a positive thing.”

“It felt good out there, although it was tough up the back straight and into the top bend,” said Blake. “I think I went off to fast, I probably should have gone through in 27 and I went through in low-26s, but training is going well and the speed work I’ve been doing in training has been paying off.”

The focus, however, was deservedly on third place Rhys Jones (Jane Coia), who clocked 25.21 after taking part in the Olympic Torch Relay yesterday and then enduring a four hour drive in the heat to the venue to compete today.

“It was an amazing experience to be part of it (the relay),” said Jones, who was the torch bearer in Briton Ferry. “I jogged for the 300m section but it felt a lot longer than 300m when I was carrying the flame. I got nominated by several different organisations and it was brilliant. People were jumping all over me to get photos, it was mad!”

The full results from the Knowsley Disability Athletics Grand Prix are available on the UKA website: www.uka.org.uk