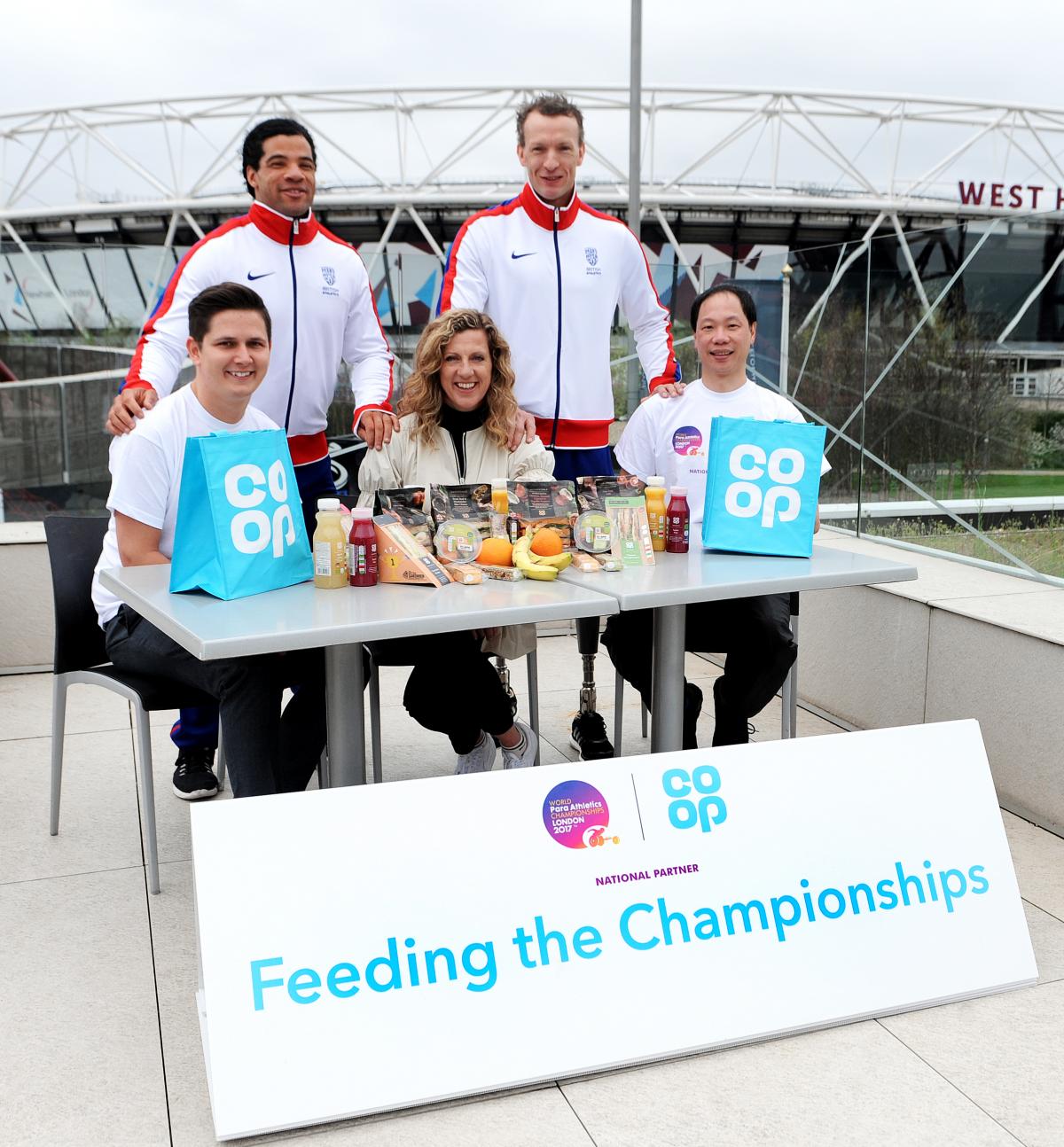 British Athletics in association with the Co-op, an Official Supporter of the Para Athletics Team, are attempting to set a world record for the largest photo album of selfies created online ahead of this summer’s London 2017 World Para Athletics Championships.

To Support Our Heroes leading into the championships, a digital mosaic image has been created including multiple global medallist Richard Whitehead and European medallists Carly Tait and Sam Ruddock. Fans and supporters can upload their images and post good luck messages to the athletes at coop.co.uk/supportourheroes

The current world record for the largest photo album of selfies created online contains 126,460 selfies and we aim to surpass this number and celebrate the record achievement during the World Para Athletics Championships London 2017 between the 14 -23 July. We are encouraging everyone in Britain to back our Para athletes in the build-up to the championships and be part of a record-breaking attempt at the same time by posting a message of support.

Niels de Vos, the Chief Executive of British Athletics said: “A national good luck campaign of this calibre can only help motivate our athletes even more as we countdown towards the World Para Athletics Championships in July. This is yet another sign of the continuing support for Para athletics amongst the British public.”

Jemima Bird, Co-op’s Customer Director added: “We hope that the general public will join us in Supporting our Heroes by uploading personal good luck messages and photos on our Support our Heroes mosaic. It is our hope that by the end of the Championships we will have achieved a world record for the number of posts on a good luck message board of this kind.”

Double T34 European silver medallist and Co-op ambassador Carly Tait commented: “Our successes on the track or in the field are in no small part down to the continued support of the Great British public. This digital mosaic is a fantastic way to display that support as we aim to represent our country at this summer’s World Para Athletics Championships. And of course, hopefully break a new world record in the process.”

To join in and help break a new world record, please visit coop.co.uk/supportourheroes and upload your messages of support & images to the page.