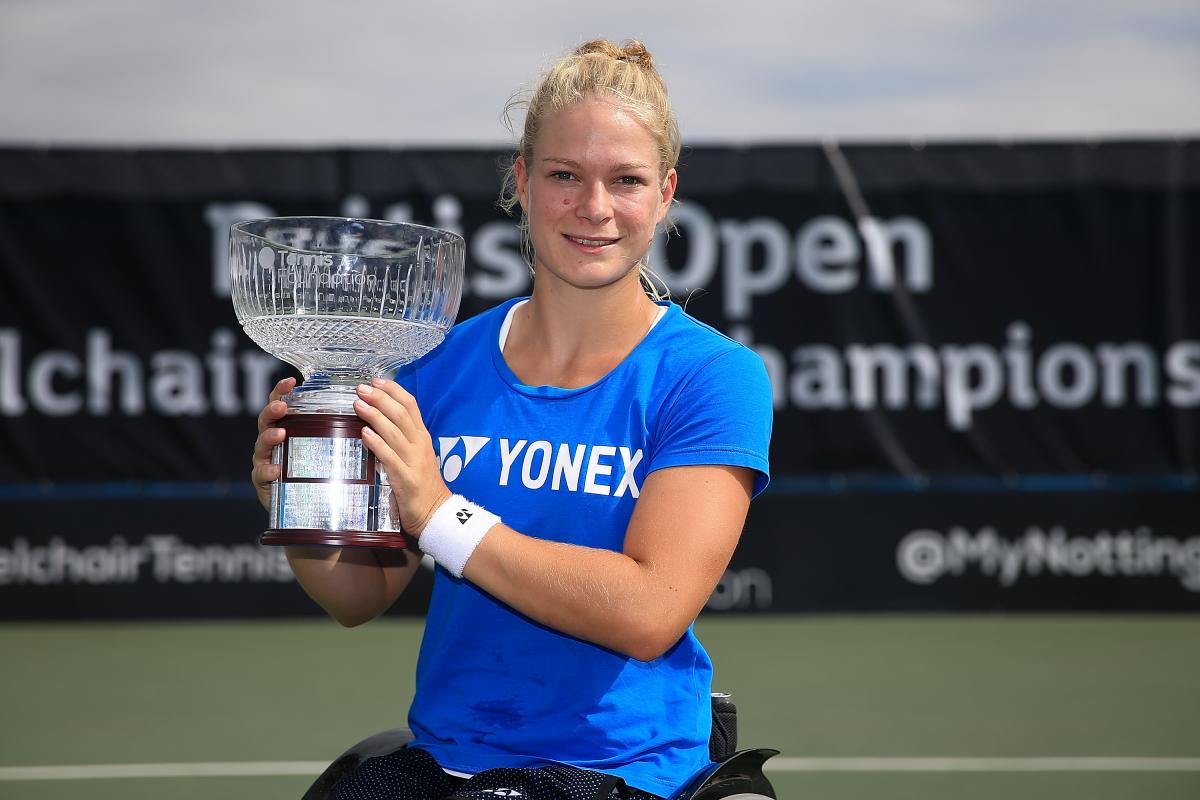 Following on from her Wimbledon title, De Groot extended her success on British soil as she defeated Japan’s world No.2 Yui Kamiji 2-6, 6-3, 6-3 in the women’s final to secure her first British Open title and her third Super Series of 2018.

“I could definitely notice we were very tired after having come straight from Wimbledon, so I think today it was who could hold on and keep trying to go for it going for it,” said de Groot.

“It’s been quite mentally tough but, of course, I’m really excited to add the British Open title.”

Spectators for the men’s final witnessed a high-quality match as two-time champion Stephane Houdet attempted to contain five-time champion Shingo Kunieda. But the Japanese was in unstoppable form and closed out a 6-1, 6-2 victory.

“I love Nottingham and I love to play here and today many spectators have turned out, so thank you for watching,” said Kunieda. “I lost Wimbledon first round last week and so I really wanted to win here this week and I could play well and hit my peak.”

In the doubles, Kunieda joined forces with Argentinian Gustavo Fernandez but lost the final to Belgium’s Joachim Gerard and Sweden’s Stefan Olsson 6-4, 6-2.

USA’s David Wagner won both the singles and doubles quad titles, but was pushed all the way by Great Britain’s Andy Lapthorne.

Home favourite and world No. 3 Lapthorne comfortably took the opening set of the singles final 6-2.

The US player said: “They’re not ever easy and they shouldn’t be, being the final, but emotionally that one was tough, what with dealing with the loss of my Grandma.

“Andy [Lapthorne] played incredibly well all the way through. I don’t feel his level dropped a whole lot. So in the second and third sets it was just a case of sticking to the game plan. So my level went up and the scores indicate that,” said Wagner, who dedicated the win to his late grandmother Dorothy Carson.

He also took the doubles title together with compatriot Bryan Barten. 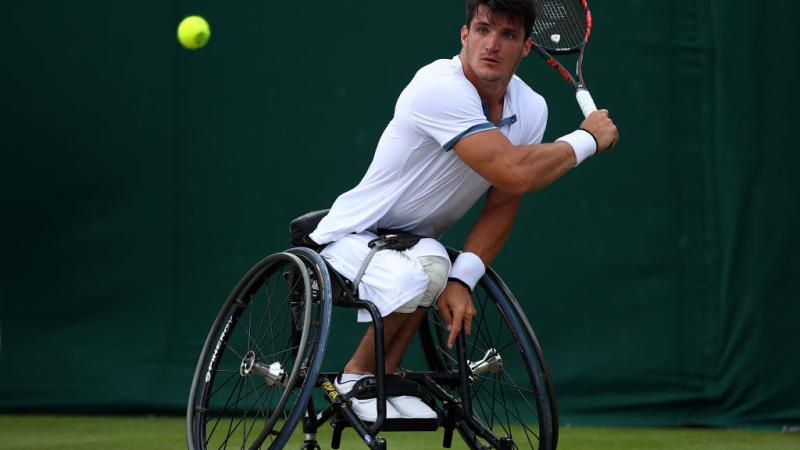