Richard Browne unofficially runs 10.85 whilst Marlou van Rhijn shaves another 0.04 seconds off of her own world record. 10 Jun 2013
Imagen 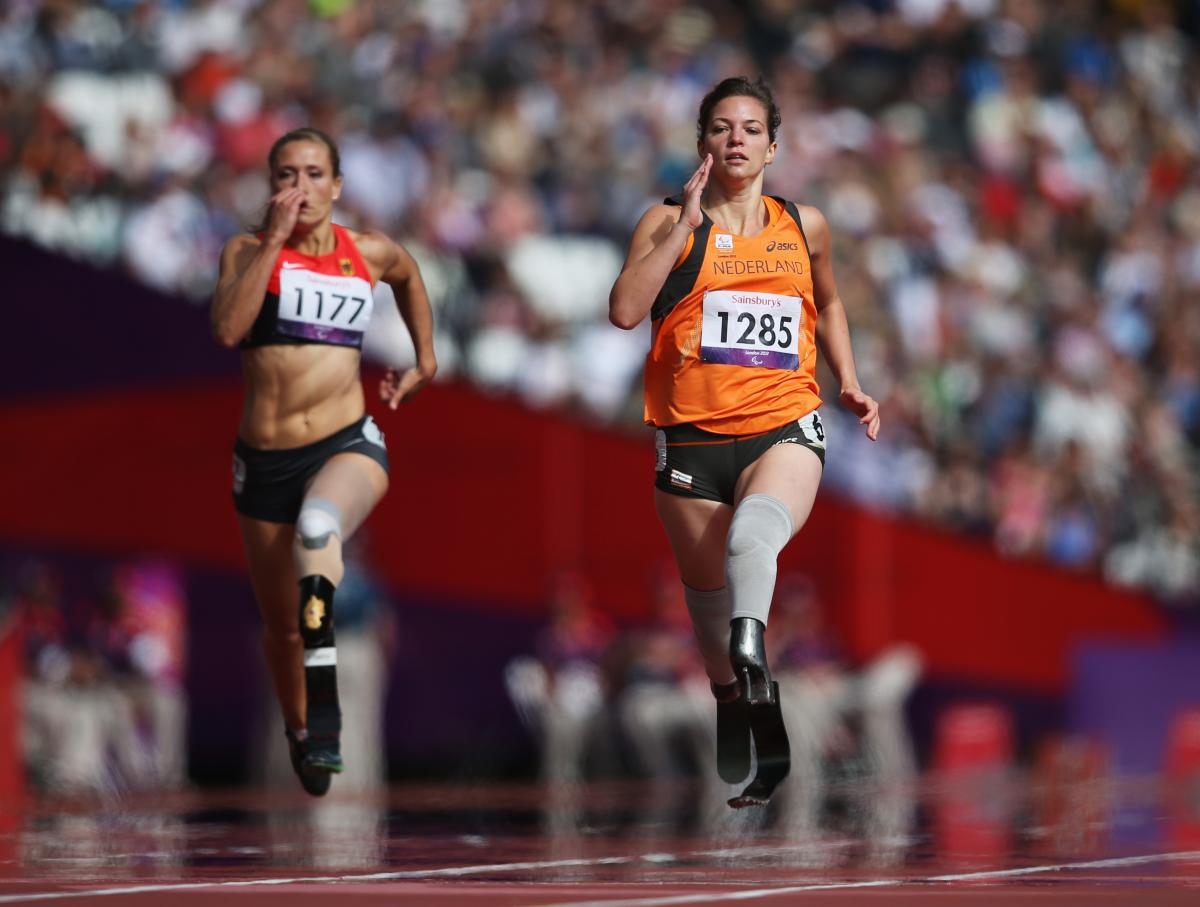 Marlou van Rhijn won a gold and a silver medal in her Paralympic debut at the London 2012 Games.

“My times today only motivates me to go that much harder!!”

Two of the world’s leading sprinters – America’s Richard Browne and the Netherlands’ Marlou van Rhijn - showed they are in the form of their lives ahead of next month’s World Championships in Lyon, France by equalling and setting new unofficial 100m world records last weekend (8 and 9 June).

Although the Star Athletics Sprint Meet in Monteverde where 21 year old Browne ran 10.85 was not an IPC approved sanction competition - meaning his time will not stand, his performance is unlikely to go unnoticed by British Paralympic champion and record holder Peacock.

At London 2012, 20 year old Peacock ran 10.85, a Paralympic record, to beat his American rival into second place, with Browne setting a personal best of 11.03 seconds.

Writing on Twitter, Browne (@winged_foot) confessed to being “a little nervous” ahead of his first race for two months following injury and credited fellow American and two-time Paralympic Champion Marlon Shirley as his inspiration. After the race he tweeted: “My times today only motivates me to go that much harder!!”

Browne will be hoping to go even faster this week at the US Paralympics Track and Field National Championships which take place between 14-16 June. At last year’s event Peacock set the world record there, and with places on the US team for Lyon up for grabs, Browne will be looking to not only break the world record but beat defending world champion Jerome Singleton and fellow countrymen Blake Leeper and Jarryd Wallace.

Now, after running 13.23 – a time that would have won her gold in London - van Rhijn will head into Lyon optimistic of beating French Paralympic champion Marie-Amelie le Fur, to the 100m world title.

The 2013 IPC World Championships will take place in Lyon, France from 19-28 July. It will be the biggest gathering of international athletes since London 2012, with 1,300 athletes from 90 countries expected to compete.