When Great Britain’s Jonnie Peacock smashed the world record in the 100m T44 at the US Paralympic Track &amp; Field Trials, he raised the bar for the race that everyone will remember. 21 Dec 2012 By IPC

Great Britain’s Jonnie Peacock had many big moments this year.

But something happened 68 days previously.

On 30 June, the world sat up and took notice of Peacock – that was the day he ran the 100m in 10.85 seconds at the US Paralympic Track & Field Trials, a world record mark that eclipsed times set by South African ‘Blade Runner’ Oscar Pistorius and USA’s 2004 Paralympic Champion Marlon Shirley.

“This was only my fifth race this year. I’ve had head winds for the two decent races I’ve run. All I’ve been asking for is a tail wind and I finally got one,” said Peacock shortly after the race.

“When I first started running I hated saying my PB was 12-something. It was better when it was 11-something, but now I’m delighted it’s 10-something!” said Peacock.

The sprinter finished sixth at the 2011 IPC Athletics World Championships in 11.89, getting a full second quicker in 12 months. That race was won by USA’s Jerome Singleton (11.34).

At the US Trials, Peacock beat world champion Singleton (11.17), who finished fourth, and also Blake Leeper (10.95), who finished one place ahead of him last year in Christchurch.

“My coach and the physios have been brilliant and obviously I wouldn’t be here at all if my mum and step dad hadn’t constantly driven me to/from training, and also my old coach Hayley who really got me started.

At London 2012, the 19 year old showed that he really was a man to be reckoned with on the global stage, powering ahead of the field in the last 50m to secure a convincing win with a new Paralympic record of 10.90.

South Africa’s Oscar Pistorius, defending Paralympic champion in the event, finished fourth in a time of 11.17 – a time that had given him the gold medal four years previously in Beijing.

“It’s going to take a long time to sink in,” a breathless Peacock said after the race in London.

“I knew last year that I had a slight possibility to come and win, but as things have progressed, and 100m sprinting has come on leaps and bounds.

“That’s made it harder and harder, and you’ve got to push yourself. Lots of guys have helped me.

“It’s just surreal. I didn’t actually believe it when I crossed the line. I had to wait until the board came up with my time to know that I’d won. When I got to 60m I was thinking, ‘oh dear, I can actually win this.’”

“It’s going to take a long time to sink in," he repeated. 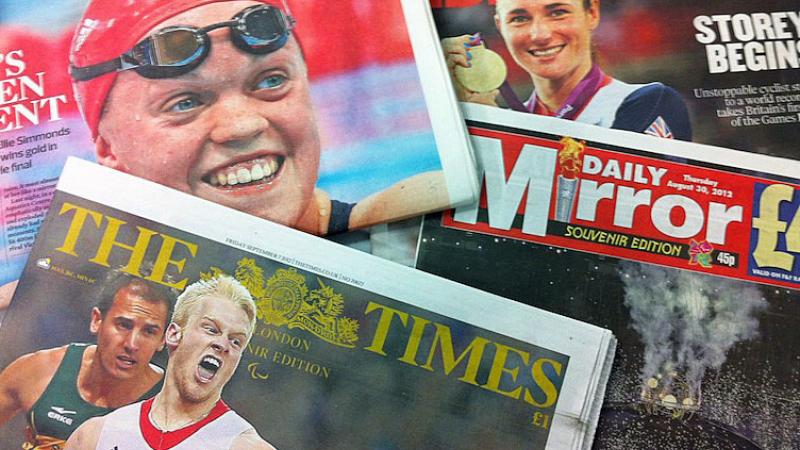