Can Ams conclude with series of Americas records

US swimmers take their total regional record haul to 10 at the Toronto Pan Am Sports Centre. 23 Mar 2015
Imagen 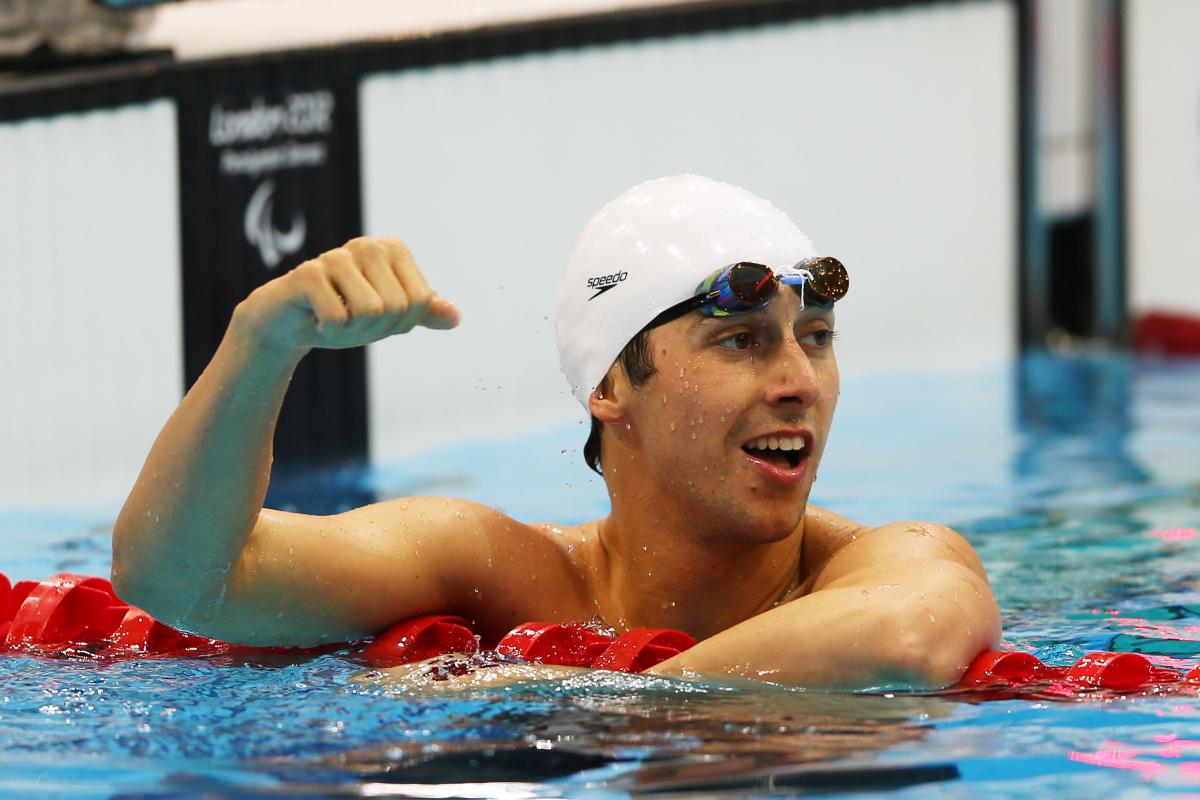 ⒸGetty Images
By US Paralympics and Swimming Canada

A series of US swimmers wrote their names into the record books at the 2015 Speedo Can Am Para-Swimming Championships over the weekend of 21-22 March, earning Americas records in the pool that will host the 2015 Parapan American Games in Toronto, Canada.

The 100m backstroke S8 record for Robert Griswold on Sunday (22 March) was his second Americas record of the event, having also taken honours in the 200m individual medley SM8 (2:28.07) on Saturday (21 March).

“It just validates that what I’m doing in training is paying off,” Griswold said. “If I have the honour of representing Team USA by being selected for Worlds, it’ll be such a good stepping stone. I felt like as a team - despite having the stress of making different selections - we carried the momentum from Pan Pacs [Pan Pacific Para-Swimming Championships] and supported each other well. [This came] all the way from people who have been on the Paralympic podium five, ten or fifteen years to those just starting out.”

Paralympian Dalton Herendeen is just 0.1 seconds off of third place in the world rankings after swimming a regional record time of 1:14.70 in the men’s 100m breaststroke SB8 on Saturday.

“It was extremely satisfactory,” Herendeen said. “I struggled a bit this morning so to get that time and look up to that [on the scoreboard was great]. I honestly didn’t think I was going that fast. I thought it was about 1:15 high/1:16 low so when I saw that time, it was quite remarkable.”

Tucker Dupree, a two-time Paralympian, clocked in at 24.20 seconds in the heats of the 50m freestyle S12 on Saturday to take the US haul of Americas records over the three day event to 10.

Canadian swimmers also put on a strong showing ahead of Toronto 2015 and the 2015 IPC Swimming World Championships in Glasgow, Great Britain, which take place from 13-19 July.

The meet acted as their selection for both competitions and nine-time Paralympic gold medallist and defending world champion Benoit Huot showed that he is the man to beat in the 200m individual medley S10 on Saturday.

Despite not being impressed with his performance, Huot (2:13.99) knows exactly where he needs to improve.

“That’s the great thing about sports, we can learn every day even though I’ve been doing this for 20 years,” said Huot.

“The way I felt today I wasn’t expecting a best time but I thought I was going to be much faster. I’m going to learn from it. We are going to take it and put it in the bag, fix it and make sure we swim faster this summer.”

Huot is also looking forward to another chance to compete at home in a major international competition at Toronto 2015 from 7-15 August.

“It’s one of the reasons I am still competing, to be able to race in front of friends and family,” he said.

“It’s over my expectations. I’m in the mood of the swim meet. I was really motivated and excited to race. I was not so nervous.”

“That’s what we wanted to do,” he said. “We implemented a game plan. I tried to stretch it out for the first 10 metres and then laid the hammer down.

“This is my swim. I live for this swim. It’s so much fun because there is so little time to really put your best foot forward. You just try to get to the way as fast as possible.”

The US World Championships team will be announced by 30 March and 6 April for the Parapan American Games.

Eleven countries and more than 200 athletes competed at the Can Ams including the USA, Canada, Colombia, Iceland, Costa Rica, India, Japan, South Korea, Trinidad and Tobago, the Netherlands and Mexico.