Along with veteran forwards Greg Westlake and Brad Bowden, a load of youngsters hopes to lead the defending world champions to Paralympic gold. 18 Jan 2014
Imagen 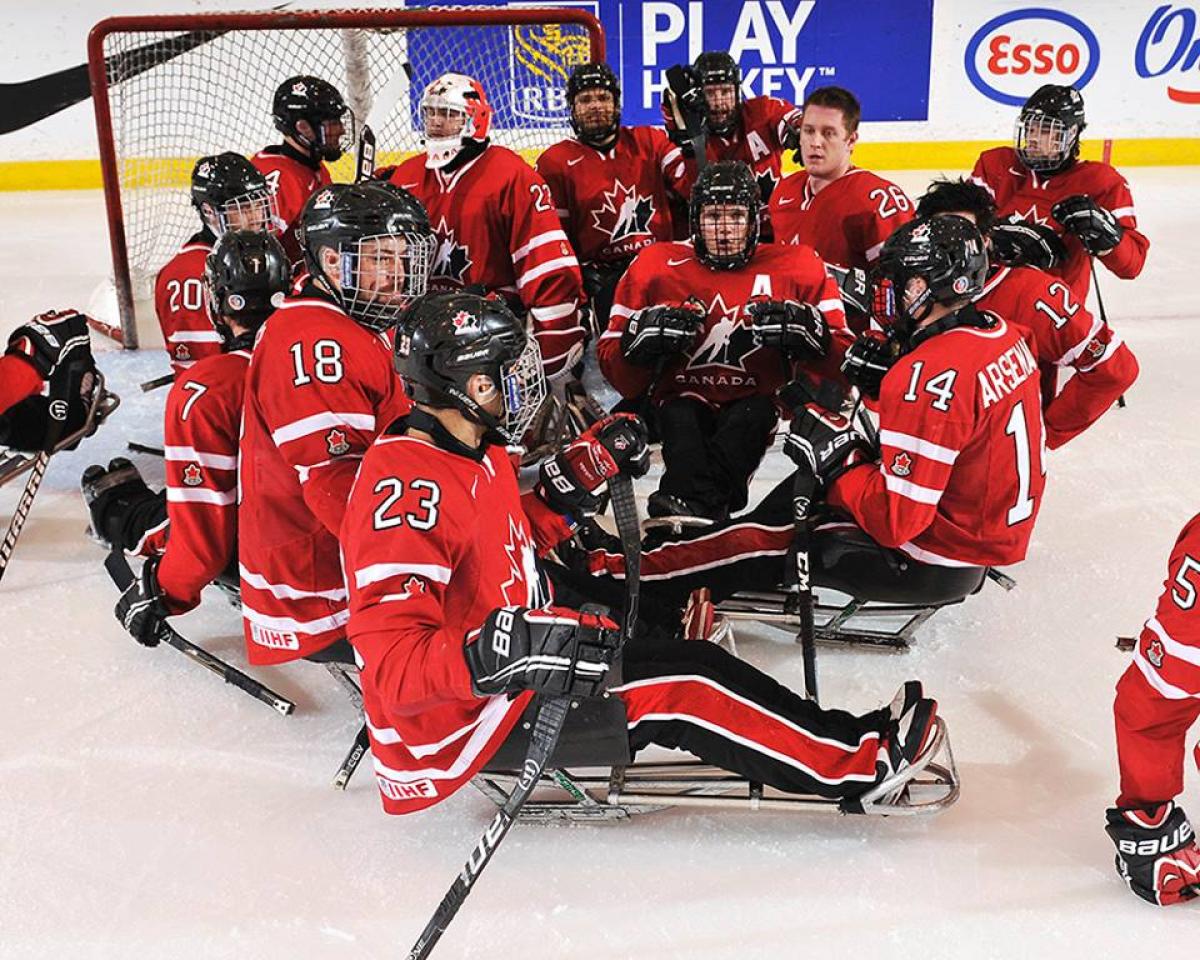 Canada head into the Sochi 2014 Paralympic Winter Games as the No. 1 seed after taking gold at the 2013 IPC Ice Sledge Hockey World Championships A-Pool.

ⒸMatthew Murnaghan/Hockey Canada Images
By Ryan McKenna | For the IPC

No. 1 Canada begin their Paralympic preliminary round competition against No. 8 Sweden on 8 March at 13:00.

A younger, faster Canadian ice sledge hockey team will be on display in less than 50 days at the Sochi 2014 Paralympic Winter Games from 7-16 March.

On Saturday (18 January), top-seeded Canada announced their roster on CBC’s Hockey Day in Canada, and it features three players born in 1990 or later.

One of those three players is Anthony Gale, the 20-year-old forward who will be playing in his first ever Paralympic Winter Games.

“This has always been a dream of mine and its always something that I’ve wanted,” said Gale after the announcement.

“Ever since I found out about sledge hockey and found out it was a Paralympic sport, it’s always been a goal of mine to push myself to make this team and I’m just so happy it’s come true.”

Joining the Canadian squad for his third Paralympics in IPC One to Watch, Greg Westlake. After a gold at the Torino 2006 Games, Canada were held out of medal contention on home soil at the Vancouver 2010 Games.

Canada’s other IPC One to Watch, Brad Bowden, was also named to the team. Bowden will be making his sixth appearance at the Paralympics and fourth in sledge hockey. Bowden and Westlake are two of eight players who are returnee’s from Canada’s Vancouver 2010 team.

Of the 17-man roster, 16 of the players represented Canada in their gold-medal finish at the IPC Ice Sledge Hockey World Championships A-Pool in Goyang, South Korea in March 2013.

Canada will head to Calgary next week to resume their training schedule before leaving on 27 February for Sochi.

For Gale, who rotated playing alongside fellow youngsters Tyler McGregor, Ben Delaney and Karl Ludwig during the 2013 World Sledge Hockey Challenge in December, he knows his role on the team heading into the Paralympic Games.

“Our line is pretty energetic, when we need to get it deep and forecheck them. I think our line specifically brings a lot of speed and a lot of aggressiveness.”

Gale set up Graeme Murray for the winning goal at the World Championships and contributed three points at the World Sledge Hockey Challenge in Toronto.

No. 1 Canada begin their Paralympic preliminary round competition against No. 8 Sweden on 8 March at 13:00.