Canada Beat Sweden by a Whisker

In the opening Games of the 2012 Canada Cup, Canada, USA, Japan and Australia won their games in what many are calling the dress rehearsal for the Lonodn 2012 Paralympic Wheelchair Rugby competition. 23 Jun 2012 By IPC

“It was important for us to return to the scene of the crime, so to speak, and prove that we can beat these guys.”

Canada proved both its mental and physical toughness in the opening match of the 2012 Canada Cup International Wheelchair Rugby Tournament with a hard-fought 47-46 victory over rival Sweden on Thursday 21 June.

The last time the two teams met at the Richmond Olympic Oval, at the 2010 World Wheelchair Rugby Championships, Sweden upset Canada to knock them out of medal contention. Beating them on home soil would give Canada a decisive mental edge leading into the London 2012 Paralympics.

“It was important for us to return to the scene of the crime, so to speak, and prove that we can beat these guys,” said Head Coach Kevin Orr. “They’re a tough team, but if we want to win gold we need to beat tough teams.”

The tournament, which takes place from June 21 – 23 at the Richmond Olympic Oval, is the final stop for teams before the 2012 London Paralympics.

In other matches, France, who are appearing in their first major competition, put up a good fight against USA, but the Americans dominated the match, creating a number of turnovers and stealing the deep balls. The final score was 65-44 to the Americans.

It was a close game between Great Britain and Japan. The score was tied after the first quarter, however by half time Japan had taken the lead. The British team ran a number of different line ups, allowing each player to get on the court at one time or another, whereas Japan favoured one strong line-up featuring their 3.0 Daisuke Ikezaki and 2.5 Shin Nakazato. Japan continued to pull even farther ahead of Great Britain throughout the remainder of the game, winning with a 7-point lead: 57-50.

Many in the wheelchair rugby community hoped that this game would be a showdown between 2010 World Wheelchair Rugby Championship MVP Ryley Batt and 2010WWRC All Star Lars Mertens. Both players are tough, physically dominating, agile athletes, and Mertens' time training in the USA has really paid off. While Belgium kept it close in the first quarter of the game, the Aussies' supporting cast (most notably Chris Bond) supported Batt and helped to contain Mertens. The Belgian team struggled with turnovers, and Australia cruised to a 69-46 victory.

All games will be webcast live at www.canadacupwcrugby.com. 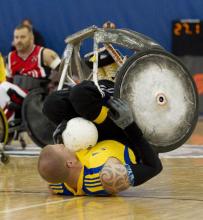 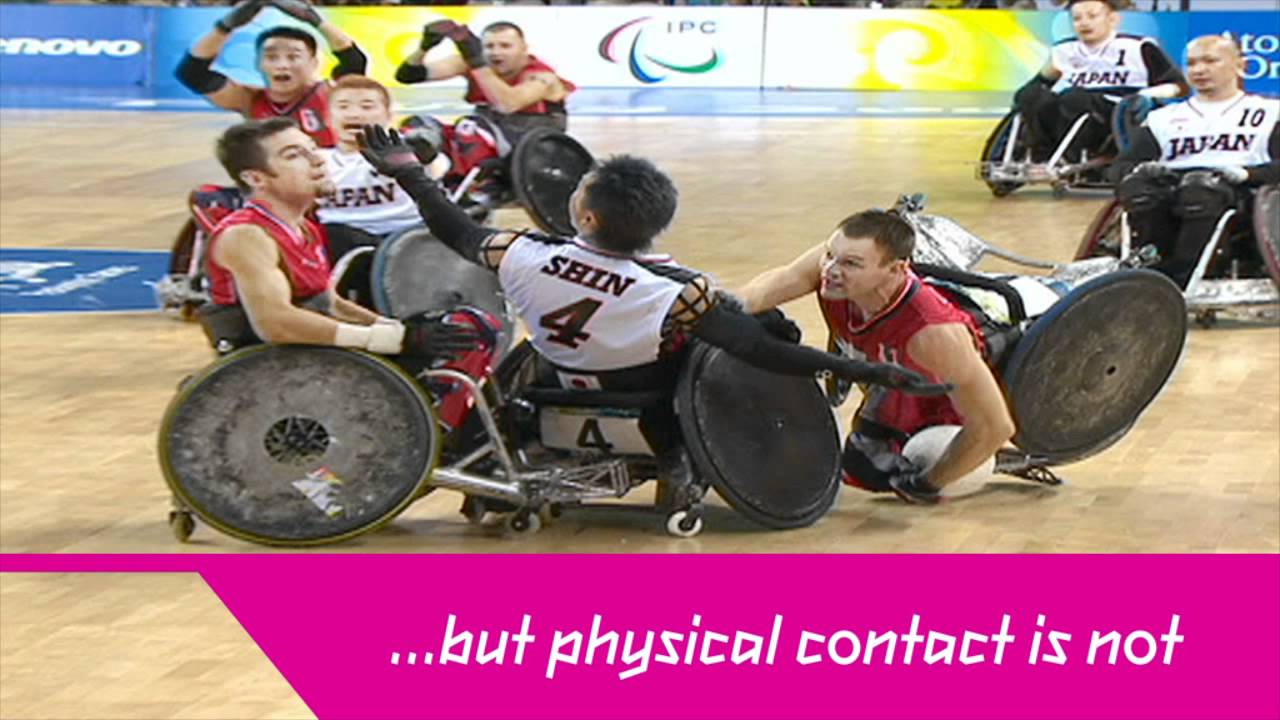 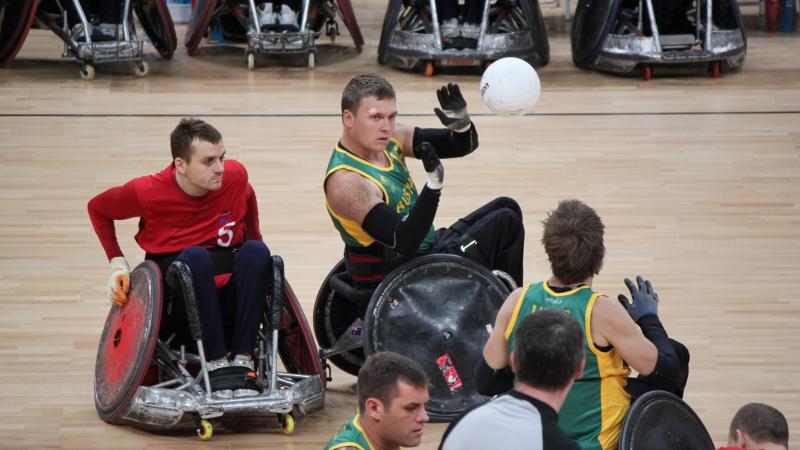