Castillo to capitalise on home advantage at Mexico City 2015

Jose de Jesus Castillo is “working to give his best results and more” at the 2015 IPC Powerlifting Americas Open Championships. 26 Jan 2015
Imagen 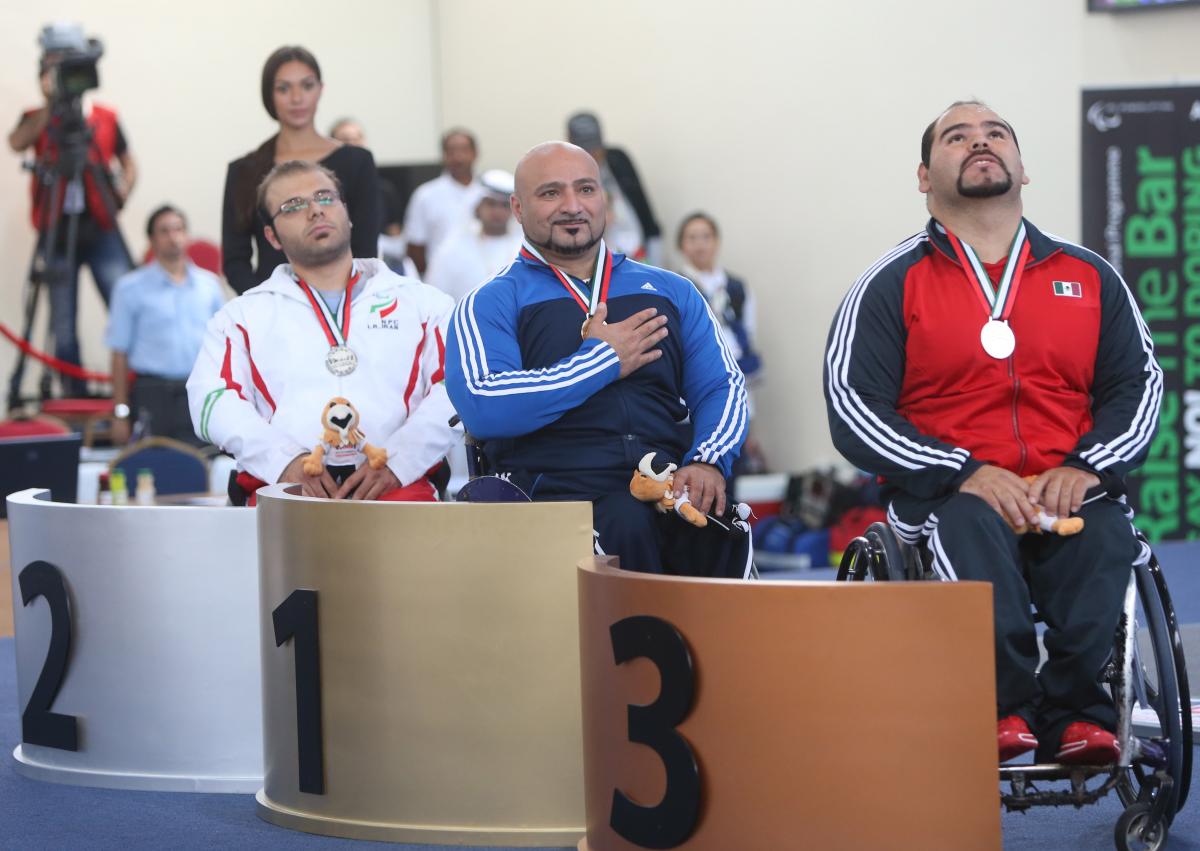 “The objective is always to win, but I always have rivals,” he said. “There is much quality around the world.”

With just three months to go until the IPC Powerlifting Americas Open Championships in Mexico City, Mexico, from 26-29 April, powerlifter Jose de Jesus Castillo has spoken of his delight to compete on home soil.

The Mexican standout won a bronze medal in the men’s up to 88kg weight class at the 2014 IPC Powerlifting World Championships in Dubai, UAE, lifting an Americas record of 220kg.

Now also just over one year out from the Rio 2016 Paralympic Games, he is as determined as ever to reach the top spot of the podium. The Americas Open is an important stepping stone on the road to Rio, as it marks the first opportunity for athletes to qualify for the Toronto 2015 Parapan American Games.

Castillo is looking forward to competing in Mexico City, especially since his family and friends will be able to watch from the stands.

“The advantage is my family, which is a powerful motivation,” Castillo said. “I have the privilege of having the event here in Mexico, in my country, with my people, with my family. I hope to win the gold medal.”

While a victory at home would be particularly meaningful, the Worlds medallist’s ultimate goal is to become the Paralympic champion.

“My objective this season is to prepare myself to qualify for Rio 2016 and to win the gold medal, giving that great satisfaction to my family and my country,” Castillo said. “I am working to give my best result and more.”

Castillo has proven in the past that competing at home gives him an advantage. At the 2011 Parapan American Games, in Guadalajara, he won gold ahead of Brazil’s Rodrigo Marques and the USA’s Ahmed Shafik. He was one of six Mexican powerlifters who medalled at those Games.

Two other Dubai 2014 medallists, Laura Cerero and Paralympic champion Amalia Perez, call Mexico home. Both are also planning to compete at the Americas Open. Perez is the world No. 1 in the women’s up to 61kg weight class, while Cerero is tied for fourth in the women’s up to 45kg world rankings.

Mexico City 2015 will be open to all countries to ensure athletes have as many opportunities as possible to qualify for Rio 2016.

Castillo is confident in his form, as he has been training for up to three hours each day. Still, he knows he will face determined international competition – especially since qualification for Toronto 2015 is on the line.

“The objective is always to win, but I always have rivals,” he said. “There is much quality around the world.”

Castillo is currently ranked third in the world in the men’s up to 88kg, trailing only Jordan’s Mutaz Zakaria Daoud Aljuneidi and Iranian Seyedhamed Solhipouravanji.

Solhipouravanji holds the current world record in that weight class, having lifted 229.5kg at the Incheon 2014 Asian Para-Games.

Should Castillo qualify through his performance at the Americas Open, he will travel to Toronto, Canada, to compete at the Parapan American Games from 7-15 August.

Mexico City 2015 is set to feature 120 athletes from 25 countries in the very first region-wide IPC Powerlifting competition in the Americas.