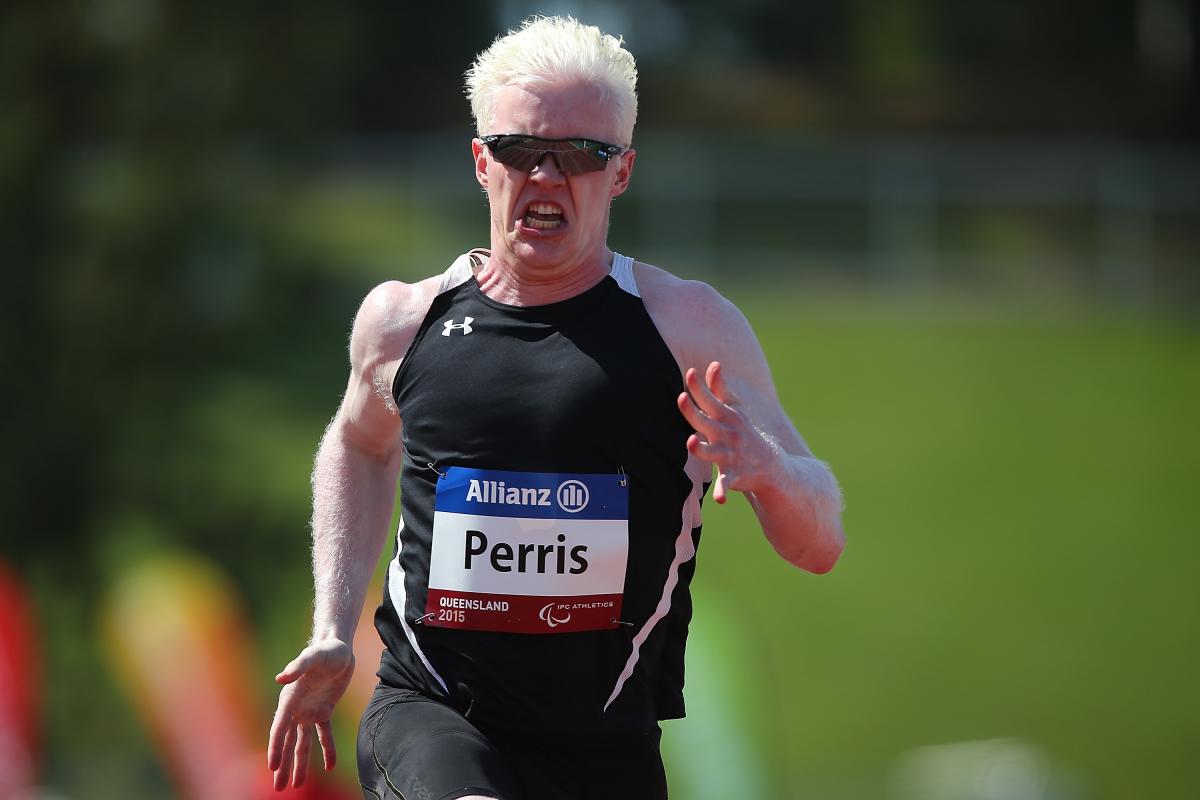 "The more exposure people like myself with albinism get, the more understanding there will be across the wider public.”

With International Albinism Awareness Day being celebrated on Tuesday (13 June), Paralympic bronze medallist Chad Perris reflects on how his performance on the track in Rio impacted the wider Australian community with albinism.

Perris, along with four members of the Australian women’s goalball team – Jennifer Blow, Nicole Esdaile, Meica Horsburgh, Tyan Taylor – were Australia’s only representatives with albinism at the Rio 2016 Paralympic Games.

Perris, who cannot see more than 8 metres in front of him, sprinted to a memorable podium finish in the T13 100m event in Rio. On his way to a bronze medal, Perris posted a personal best of 11.09 seconds and still feels the spine-tingling feeling memory of achieving his goal on his sport’s biggest stage.

“All I wanted to do was execute what I had trained hard for, for years, and I did exactly that. It was the fastest I’d ever run and to do it at the Paralympic Games was an incredible feeling,” said the 24 year old.

“And although I knew about the huge exposure that we would get in Rio, one of the greatest feelings was understanding the impact that my performance made on young kids across Australia with albinism.”

An estimated one in 17,000 Australians have albinism; a genetic condition which results in a lack of melanin or pigment in hair, skin and/or eyes.

“I had so much support back at home, but it was the feedback from the albinism community in Australia that was one of the greatest things. I had parents send me photos of their kids with albinism watching me race, just inches from the TV so they could see me, cheering me on.

“I had so many messages of support from the community, and if just one person can take inspiration from what I do and I can make a difference that way, the training and commitment to my sport is worth it for me.”

Speaking about the awareness of albinism across Australia, Perris says it all comes down to educating the general public.

“There are plenty of misconceptions about albinism and in fact, most people don’t know that people with albinism have a vision impairment. There are many forms of albinism, including ocular albinism which only affects the eyes.

“It’s absolutely important for people to have a better understanding of not just albinism, but different disability types of disabilities. The more exposure people like myself with albinism get, the more understanding there will be across the wider public.”

While he cannot wait to hear stories from the community once again during the Tokyo 2020 Paralympic Games, Perris has his eyes firmly on another podium finish at the World Para Athletics Championships in London in July.

“Worlds is just around the corner and I’m looking to put in a performance and run at my absolute best once again. I’ll be racing in the 100m as I did in Rio, but I’m looking forward to the 200m – the race I won silver in at the World Championships in Doha two years ago.

“It will three days of straight competition for me, but I’m feeling confident to back it up. This will be the first time my whole family will be in the stadium, and the first time ever my brothers will see me race.

Perris will depart for staging camp in Germany next week, ahead of the London 2017 World Para Athletics Championships commencing on 14 July.