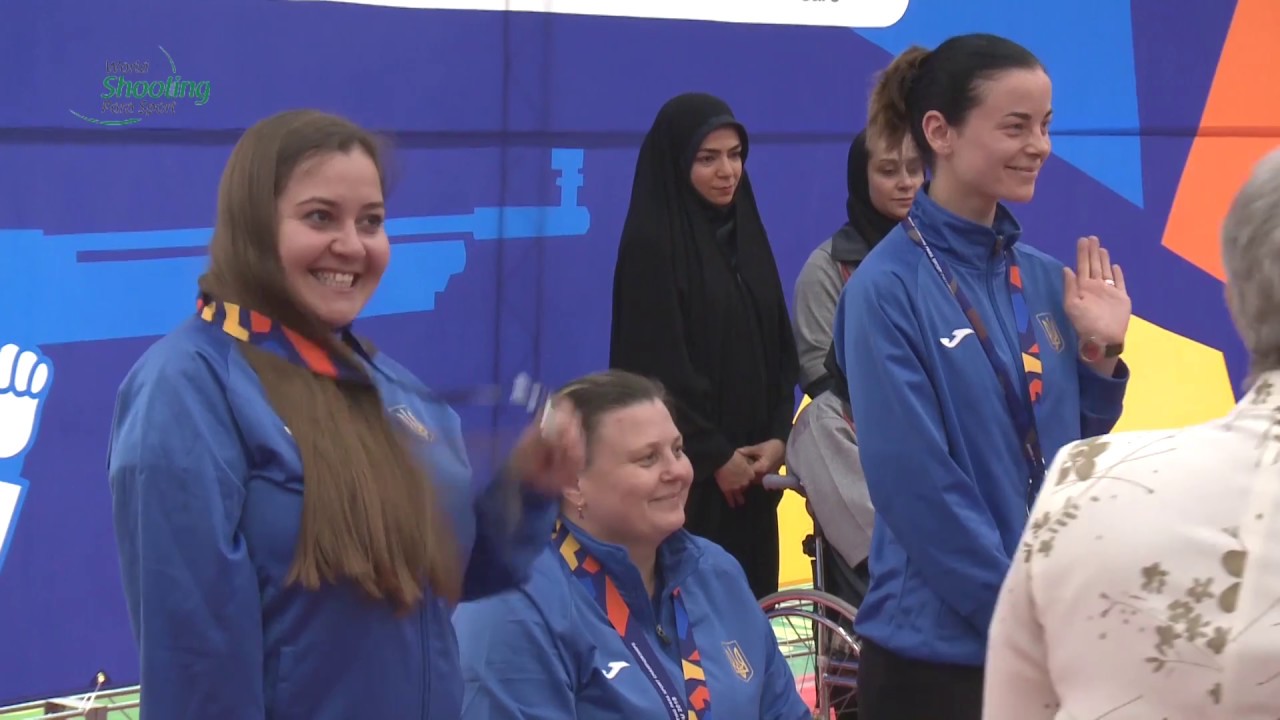 The crowd began clapping in unison as the remaining two shooters fired their final shots.

Amid the intense atmosphere, Sareh Javanmardi was telling herself that she would win – and she did.

The Iranian defended her title in the P2 (women’s 10m air pistol SH1), as day three of the 2018 World Shooting Para Sport Championships finished on Sunday (6 May) in Cheongju, South Korea. It was one of two individual medal events held on this day.

“In the last shot series, it was so stressful,” Javanmardi said. “But I was sure that I would be the gold medallist. And I think in these situations it is the god that helps the people and me.”

It did not help that Javanmardi received a one-point deduction for a penalty. That left her fighting from behind, and only until the penultimate shot series was she able to hit a near-perfect 10.8 to take the lead.

Javanmardi repeated her success from the last World Championships in 2014 held in Suhl, Germany. There, she secured a slot for the Rio 2016 Paralympic Games – where she won the P2 Paralympic title. Sunday’s victory brought back old feelings.

“Of course this is not the first time that I have had such a great and very pleasant feeling,” she said. “This medal is for a Paralympic slot [for Tokyo 2020].”

Liakhu was all smiles with second place. It was her first podium finish at a Worlds or Paralympic level.

“I was just happy to be in the first place, and also happy when I received the result, because I won a silver medal!” Liakhu said.

“Actually, I haven’t competed for a long time, because I was sick, so I was very excited to participate in this competition,” Yang said. “Day before yesterday, I didn’t do well in P3, but I’m happy to win a gold medal in this event on which I am strong.”

Yang trailed all the way into the final series. The Rio 2016 champion pumped his arm in the air after shooting a 10.6, knowing he claimed the victory.

“At first I got nervous,” Yang explained. “However when I was in the fourth place, I knew that I was in the comfort zone for a quota place of Tokyo 2020. Therefore, I became a bit relaxed, and I was able to concentrate on shooting completely without worrying.”

The Cheongju 2018 World Shooting Para Sport Championships continues on Monday (7 May) with the R6 (mixed 50m rifle prone SH1), and runs until 11 May.

All finals will be streamed live on the Cheongju 2018 website. Daily highlights and photos can be found on the World Shooting Para Sport Facebook page.