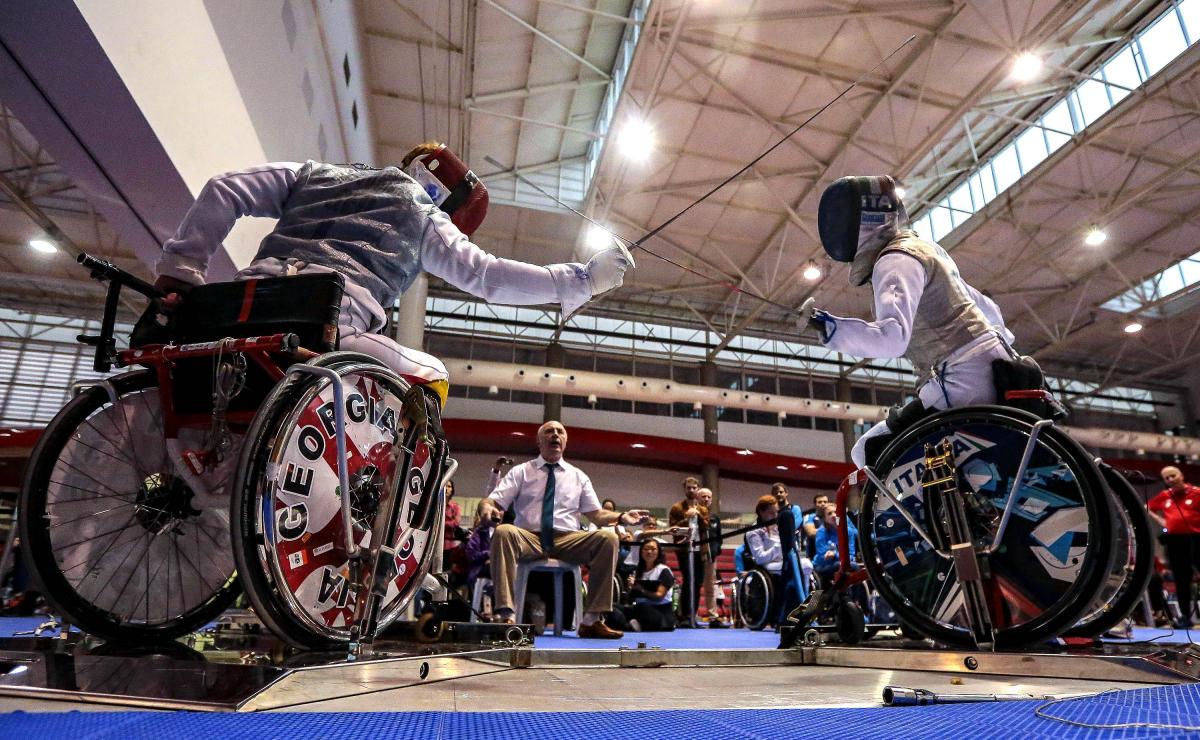 The 2019 Wheelchair Fencing World Championships begin next Tuesday in Cheongju, South Korea; and the International Paralympic Committee has released its Ones to Watch for the sport.

These six wheelchair fencers are expected to battle for gold in their categories, all the way up to the Tokyo 2020 Paralympic Games.

Further information on each wheelchair fencer is now available on the IPC website.

Hungary is a wheelchair fencing powerhouse, and Amarilla Veres is expected to be the next in line to shine for her country. Her World Cup victories this season from Warsaw, Poland; and Sao Paulo, Brazil, position the 26-year-old at world No. 3 in both sabre and epee disciplines.

Ammar Ali is on a mission to avenge his Paralympic silver from last time out, and he seems in pole position to do so ahead of Tokyo 2020. The epee B specialist had a striking opening in the 2018-19 World Cup circuit, with victories in Tbilisi, Georgia; and Kyoto, Japan.

The Italian sensation pretty much has not lost an individual bout on the international scene since her memorable Paralympic debut victory at Rio 2016. Her only individual loss was last December at the Kyoto World Cup, where she fell to Russia’s Ludmila Vasileva in the final.

Dimitri Coutya has commanded great respect in the men’s foil and epee category B competitions since his teenage years. Now at 21, Coutya has given himself even more leverage as the No. 1 ranked athlete in both his events.

Irma Khetsuriani is arguably the country’s most prominent Para athlete. She leads the world rankings in the women’s sabre category B.

Jana Saysunee’s achievements date back to the Athens 2004 Paralympics, and the Thai fencer has shown winning form ahead of Tokyo 2020. Jana has medalled at all four of her Paralympic Games and five World Championships so far.