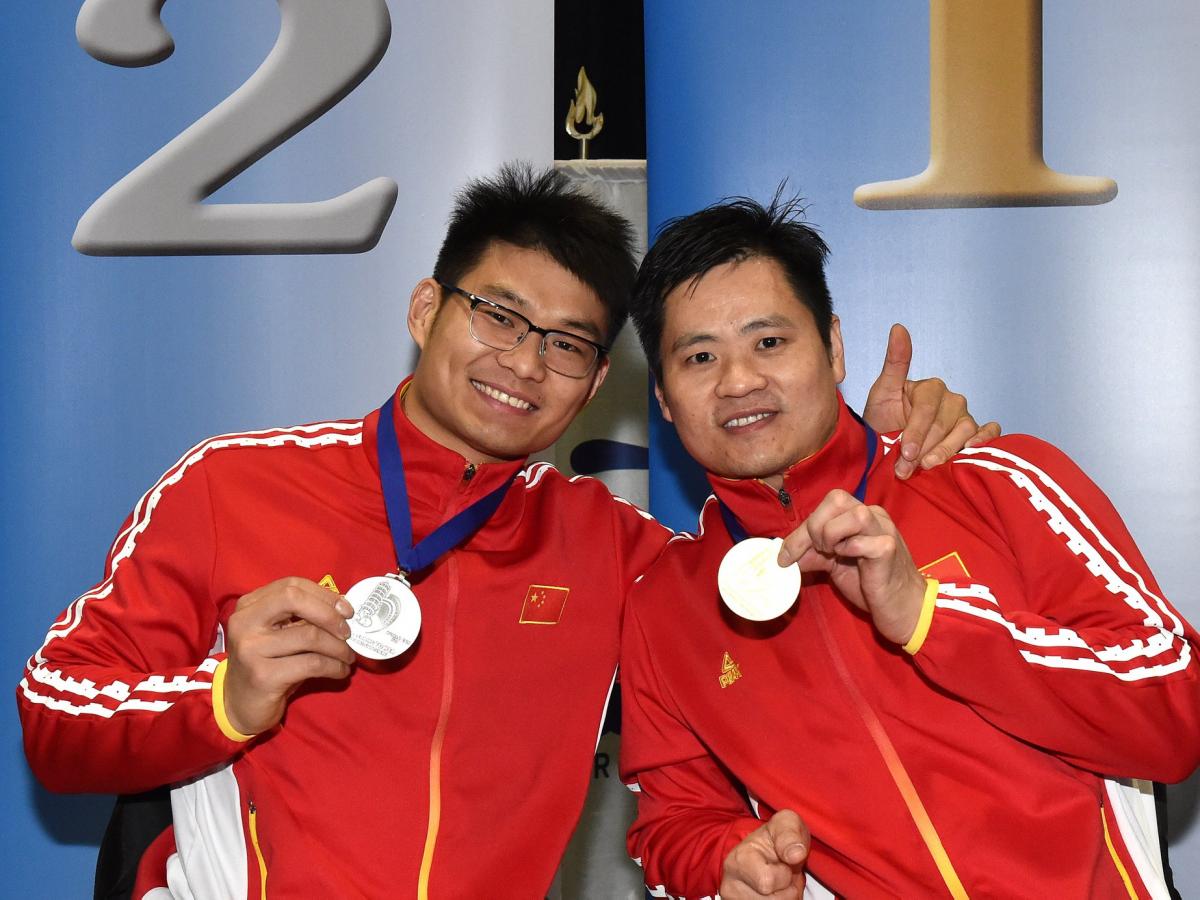 China stormed their way to the top of the medals table at the 2019 Wheelchair Fencing World Cup that finished on Sunday in Pisa, Italy.

The nation took home four individual golds of the 12 on offer, with two finals being an all-Chinese battle, making a big statement ahead of September’s World Championships in Cheongju, South Korea.

The 2018 Asian Para Games champion Hu Daoliang made it two-for-two in World Cup action this season when he defeated compatriot Feng Yanke for the men’s foil B prize. The category will prove to be a battle between the duo as the season goes on, with both also meeting in the Rio 2016 Paralympic gold medal match that was won by Feng.

In the men’s foil A, China is seeing the rise of a new star in Zhong Sai Chun. The 25-year-old showed promise ahead of his Worlds debut by defeating the experienced Sun Gang, champion from the 2018 Asian Para Games and a Rio 2016 Paralympic medallist.

Paralympic silver medallist Bian Jing took down Hungary’s Amarilla Veres in the women’s epee A event. The victory made up for her runner-up result at February’s World Games in Sharjah, UAE, which also acted as a World Cup.

Three-time Rio 2016 champion Rong Jing appears back to her winning ways by ending a long drought from the top of the podium. She sealed her first victory of 2019 – and first major gold since Rio – by capturing the women’s foil A ahead of Hungary’s Eva Andrea Hajmasi.

Home favourite Beatrice Vio prevented more Chinese glory by cruising in her signature event, the women’s foil B. The reigning Paralympic and world champion downed Xiao Rong 15-5 to the joy of the Pisa crowd.

Poland’s top world ranked Grzegorz Pluta, on the other hand, spoiled any hopes of more Italian celebration when he bested Alessio Sarri in the men’s sabre B final.

It was also a successful World Cup for Poland, with Kamil Rzasa (men’s epee B) and Kinga Drozdz (women’s sabre A) joining Pluta on the top of the podium.

In the women’s sabre B, Gorgia’s Irma Khetsuriani was victorious over China’s Ao Lanzhu; and Thailand’s Saysunee Jana overcame Russia’s Viktoria Boykova to win the women’s epee B.

The competition was the second World Cup of 2019 and the latest stop on the road to the 2019 World Championships set for 17-23 September. It was also a chance for athletes to gain qualification points for the Tokyo 2020 Paralympic Games.

Complete results from the Pisa World Cup are available online.