Road to Worlds continues in Pisa 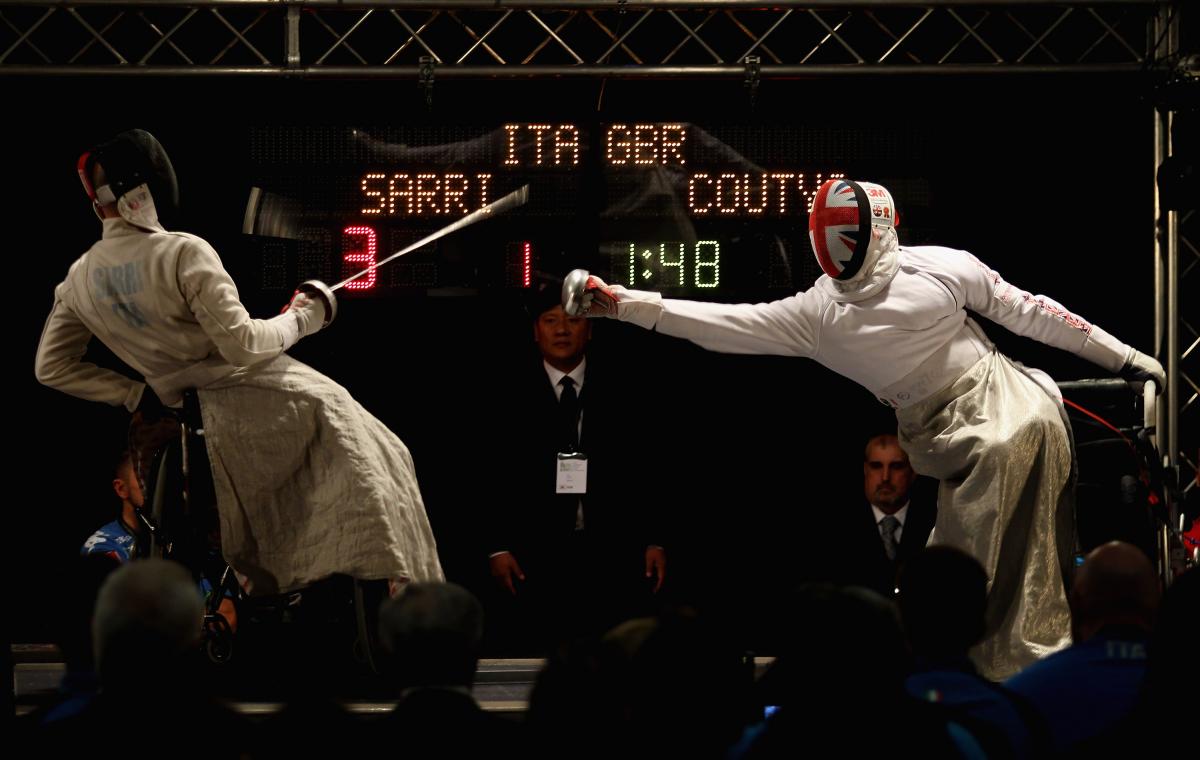 Wheelchair fencers from around the world will compete in the second Wheelchair Fencing World Cup of 2019 in Pisa, Italy, from Thursday. The competition is the latest stop on the road to September’s World Championships in Cheongju, South Korea. It is also the latest chance for athletes to qualify for the Tokyo 2020 Paralympic Games.

The presence of Italy’s top fencers at their home event will be strongly felt with a team that includes Paralympic, world and regional champions.

Few are more prolific than Beatrice Vio, the 22-year-old holder of every possible title and top ranked fencer in the women’s foil category B.

The Italian experienced a temporary blip in December 2018 when she lost to Russia’s Ludmila Vasileva at the Kyoto World Cup in Japan to finish second. But Vio managed to bounce back to win at the opening World Cup of 2019 in Sharjah, United Arab Emirates, in February.

Hungary’s world champion Zsuzsanna Krajnyak is the world No. 1 in the women’s epee category A but will be looking to improve her form in the weapon. Krajnyak has not won at a World Cup since 2014 despite several podium finishes.

The Hungarian’s current good form lies in the foil where she is the holder of a second world title.

Krajnyak picked up gold at the Sharjah World Cup. There she beat China’s Paralympic champion Jing Rong, and the pair could face each other again in Pisa.

Italy’s Alessio Sarri is the world champion in the sabre category B and reached the top of two World Cup podiums in 2018. He faltered slightly in Sharjah, losing out on gold to Grzegorz Pluta, but will be back on the piste to challenge the Polish athlete once again.

In the men’s epee category A, Great Britain’s Paralympic and world silver medallist Piers Gilliver is aiming to break a personal record.

“For the Rio 2016 qualification period I won gold in the first three qualification events, so now I'm keen to go one better and make Pisa my fourth consecutive gold in the Tokyo 2020 [Paralympic] cycle,” Gillver said.

“The World Championships are the big goal for me this season, it's the most prestigious event of the year and important for Tokyo qualification. For the season as a whole, I have the goals of dominating the podium in epee, winning as many gold medals as I can. I'm also keen to improve in sabre, I've only been training in this for a couple of years and so I’m keen to keep progressing and increasing my sabre podium appearances.”

Challenging Gilliver in the sabre will be Greece’s Vasileios Ntounis, who will be hoping for a repeat of his performance in Sharjah where he won his first World Cup gold.

Also lining up will be Russian world champion Maxim Shaburov and Ukraine’s Andrei Demchuk, the Paralympic and European title holder.

Belarusian Andre Pranevich is the Paralympic title holder and will go up against Great Britain’s world and European champion and No. 1, Dimitri Coutya. Brazil’s Jovane Guissone is another contender as the Americas champion as well as Daoliang Hu as the Asian gold medallist.