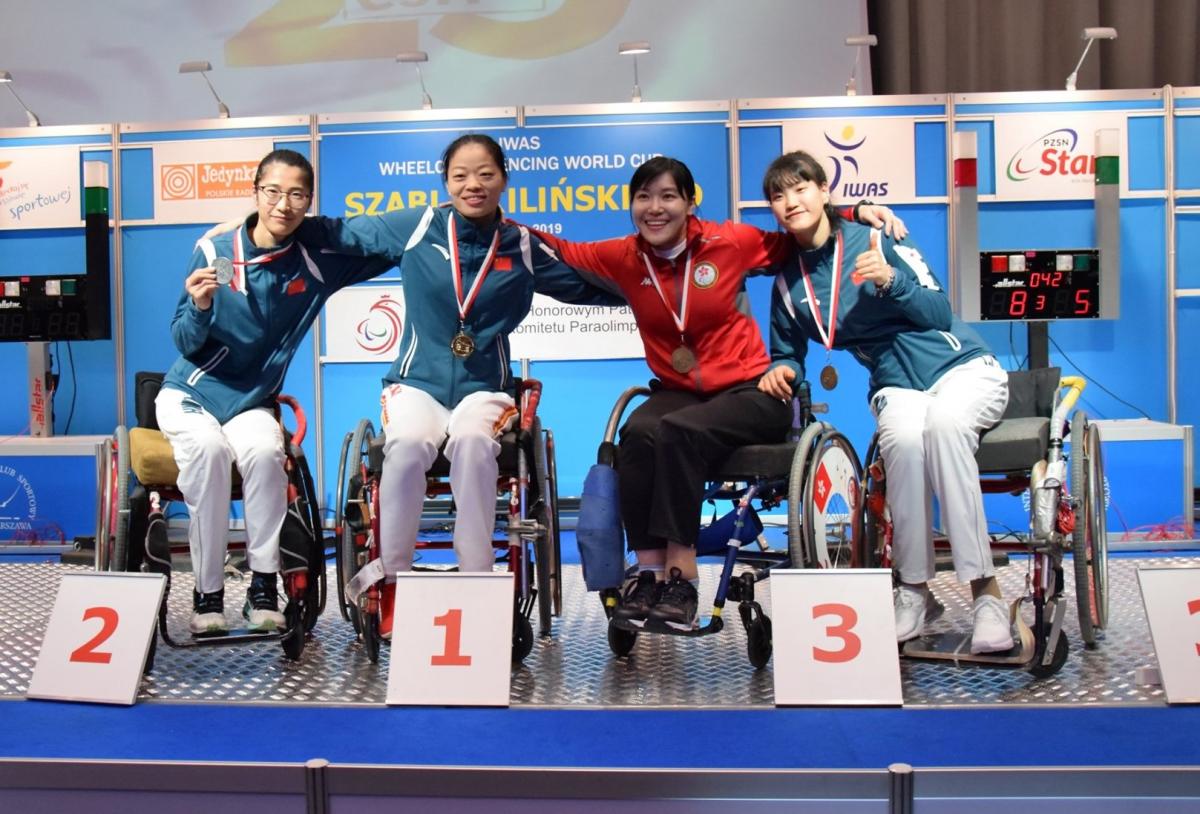 ⒸIWAS
By IWAS and IPC

The wheelchair fencing World Cup in Warsaw, Poland, delivered wins for six countries – including eight golds for China – in the last test before the 2019 World Championships.

The hosts, Hungary, China, Russia, Great Britain and Italy all secured top podium spots to make a statement ahead of September’s main event.

Poland picked-up the gold and silver in the men’s sabre category A as Adrian Castro and Grzegorz Pluta went head-to-head in the final.

It was a re-match of the 2018 European Championships, with Castro once again claiming the win.

Great Britain’s world champion Dmitri Coutya got the win he had been working for in the men’s foil category B, defeating Paralympic silver medallist teammate Daoliang Hu in the final.

“It’s been so great to finally beat them and compete with them on an international stage and I feel like what I have been training for has been working," Coutya said.

“This is pretty much the same competition that we’ll be having in September and the level of it is so high so you really can’t afford to let your guard down for a single moment. I know now that I can do it, and I can do it on a world stage. It’s just a question of how I prepare for that and how well I can execute my training for the day so.”

But it was not all gold for Coutya.

Coutya did not make it easy for Ali, coming back from a deficit to level the scores at 14-14. But Ali had the edge, screaming with delight when he was awarded the final point.

There was a new face on top in the women’s epee category B.

China’s Shumei Tan, 24, claimed gold in only her second season on the piste. She beat Thailand’s Worlds and Paralympic silver medallist Saysunee Jana in the final.

On her way to the final Tan put Georgian world champion Irma Khetsuriani out of contention – ending her unbeaten run of seven World Cups in a row.

Hungary’s Amarilla Veres topped the podium in the women’s sabre category A for the first time in more than one year.

“I feel excited about it, I am so happy,” Veres said. “I just can’t believe that I have heard my national anthem again [having also won gold in epee at the last World Cup in Sao Paulo, Brazil]. Two times in a row is amazing.”

The complete review of the Warsaw World Cup is available on IWAS’ website.

The 2019 World Championships run from 17-23 September in Cheongju, South Korea.