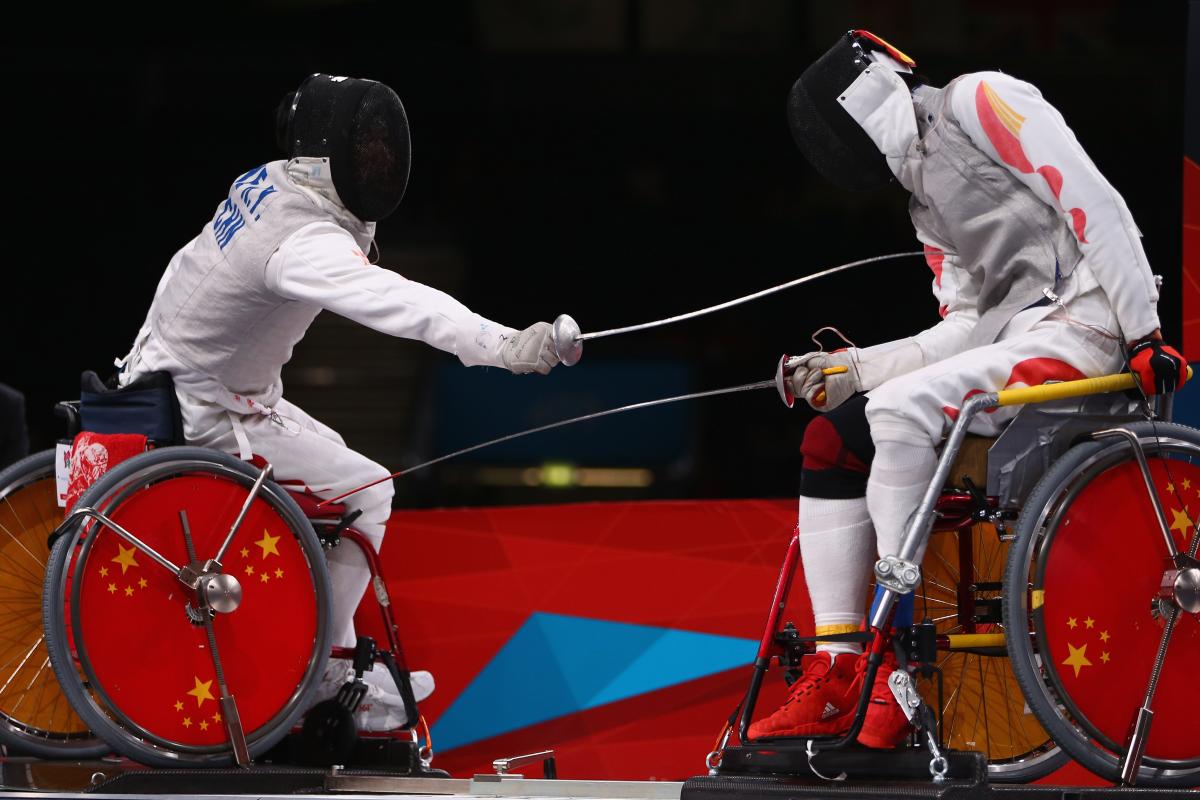 Ruyi Ye (L) of China on his way to winning gold against Yijun Chen (R) of China during the men's individual foil category A final of the wheelchair fencing at the London 2012 Paralympic Games.

China captured gold medals in the women’s individual epee (category A and B) and men’s epee team events in the final day of the tournament. They topped the medal tally with 11 golds, six silvers and eight bronzes. Hong Kong was next with 15 medals (one gold, five silvers and nine bronzes).

Zou however was triumphant in the women’s foil category A, defeating compatriot Jing Rong 15-10 in the finals. Chui and Zhang captured the bronze.

Sun did capture gold in the men’s foil category A, ousting Chen 15-4.

Ali did find victory in the men’s epee category B, defeating Chik 15-8 in the finals. Ting and Daoliang shared third-place.

Complete results from the IWAS Asian Wheelchair Fencing Championships 2016 can be found on the event website. The Hong Kong Paralympic Committee & Sports Association for the Physically Disabled (HKPC&SAPD) hosted the event. 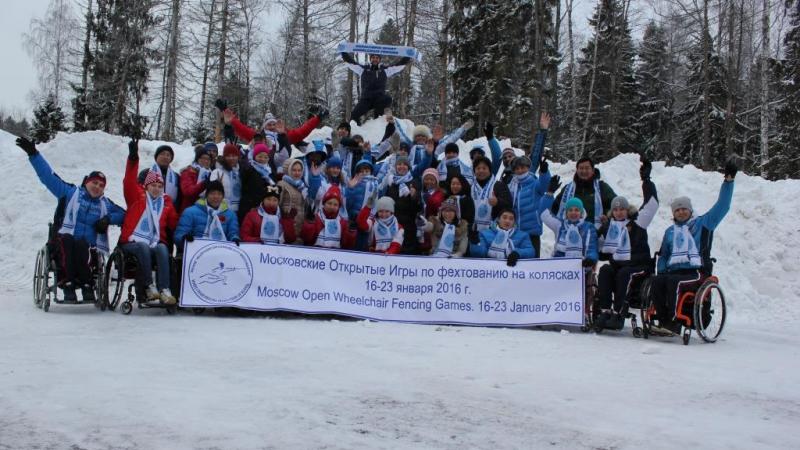 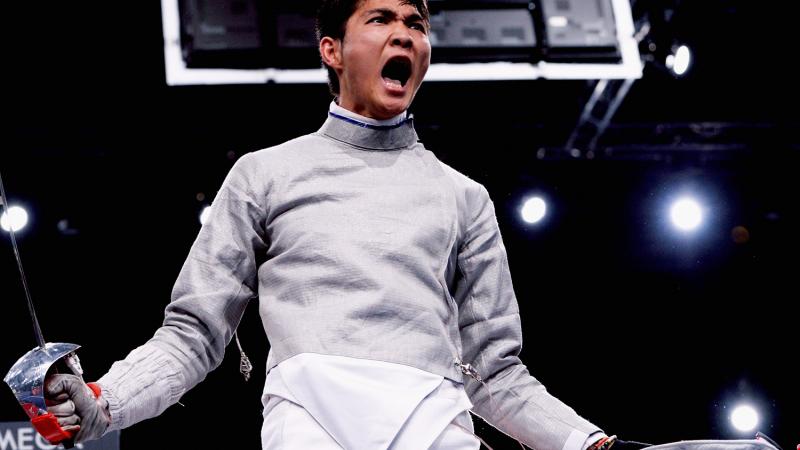