Coaches to get London 2017 medals 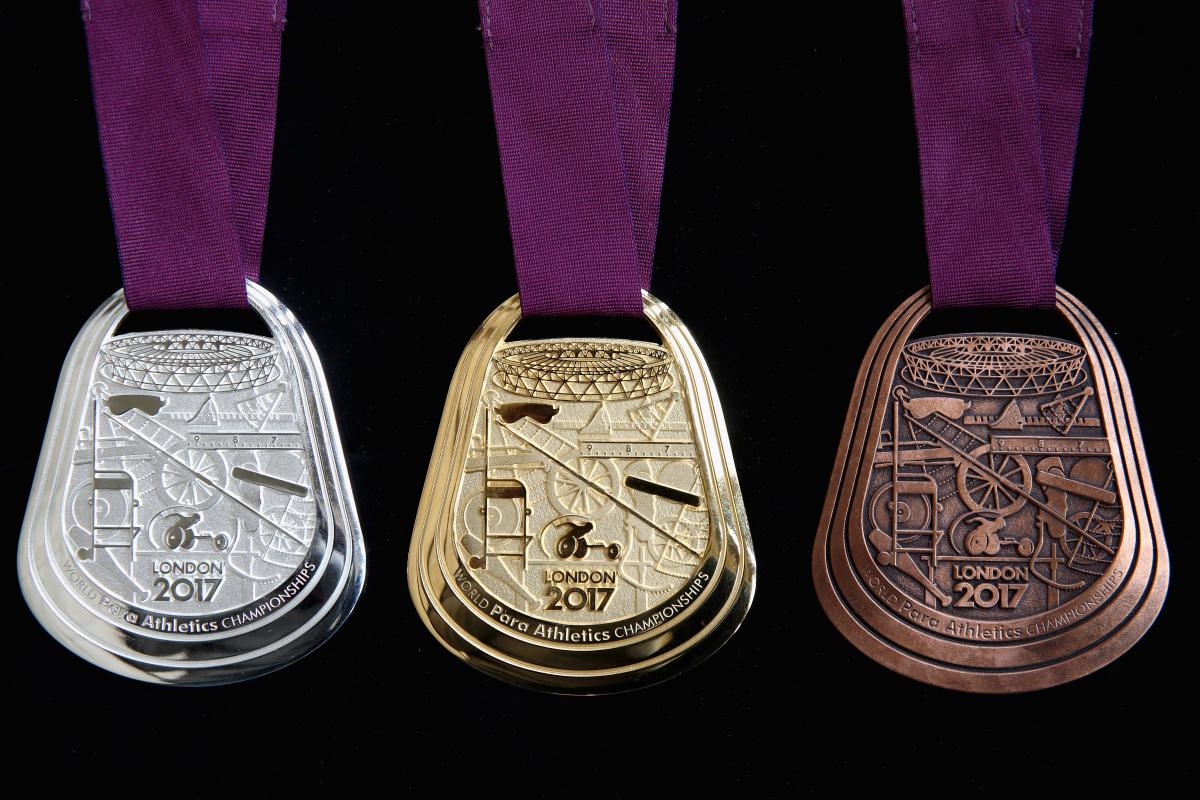 ⒸLondon 2017
By British Athletics and IPC

Every athlete that wins a medal at the World Para Athletics Championships London 2017 will be provided with an additional medal to give to their coach.

The coaches medals, which are based upon similar themes to the athlete medals but differ in design, will be provided to successful athletes following their ceremony, where they will then be able to gift to their coach or significant advisor.

Paul Macgregor, coach to Paralympic T37 100m and 400m champion Georgina Hermitage, said: “As a coach your focus is on getting your athlete in the best place possible to be able to win medals at major championships. That moment on the podium is rightly theirs but it certainly is nice for athletes to have the opportunity to reward someone who has helped them get to that point. It is not something that has been put forward before and so it is going to be another thing that makes the World Para Athletics Championships London 2017 so memorable.”

Sir Philip Craven, IPC President, said: “I think London 2017 deserve great credit for introducing coaches medals for the first time to the World Para Athletics Championships. Coaches are the unsung heroes behind the scenes and it is fantastic that they will be rewarded for their efforts in coaching medal winning athletes.”