Paralympians again prover age is no barrier as 15-year-old and 40-year-old clinch medals in track and field competition. 16 Sep 2016
Imagen 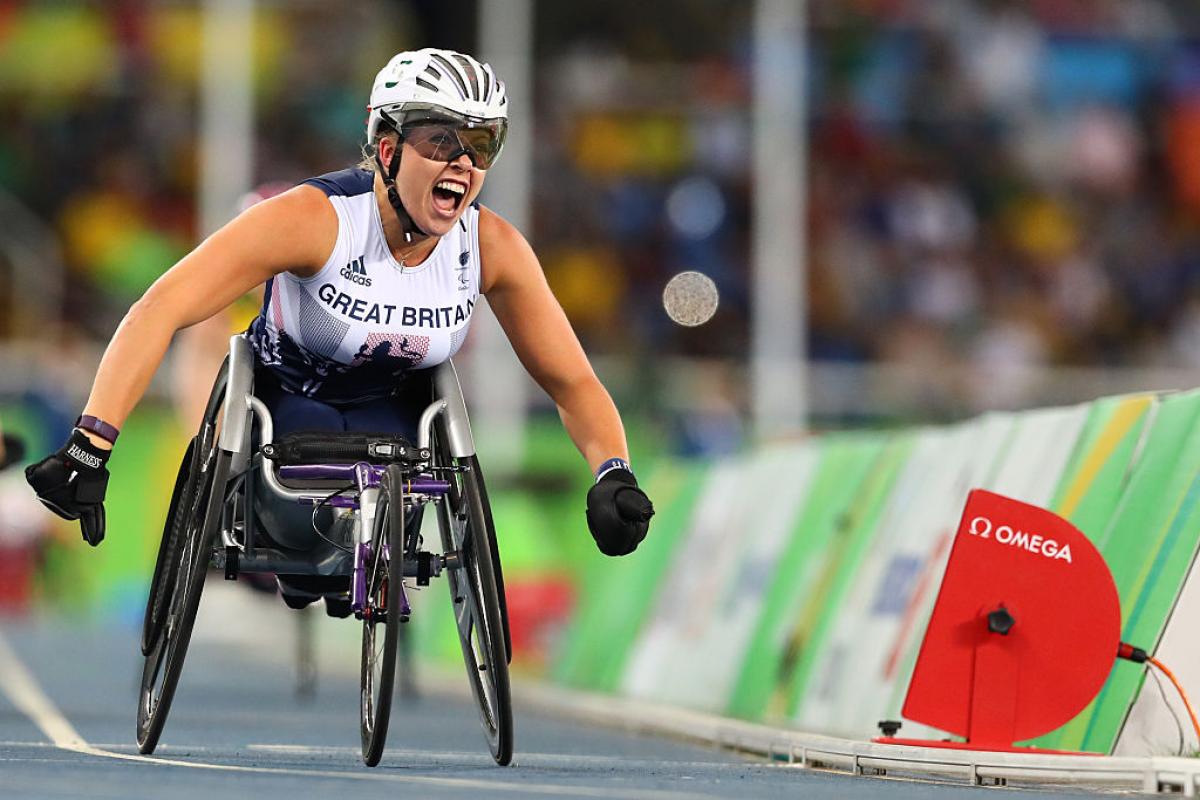 “Coming into the Games, it was always the aim to win three golds. I’ve always said if you don’t think you are going to win, what’s the point in being here?”

Great Britain’s queen of the track Hannah Cockroft made it a golden hat-trick at Rio 2016 on Friday (16 September) with victory in the 800m T34 as Team USA also notched up two spectacular golds.

Cockroft has always made clear her preference for the shorter sprints, but the reigning world champion and world record holder took the race on from the gun and victory never looked in doubt as she powered home in 2:00.62.

“Coming into the Games, it was always the aim to win three golds. I’ve always said if you don’t think you are going to win, what’s the point in being here?” said the double world champion from London 2012.

US teenager Alexa Halko (2:02.08) came through for second as Cockroft’s 15-year-old teammate Kare Adenegan (2:02.47) clinched bronze. Cockroft may be only 24-years-old, but the future of T34 racing is already very bright.

“I don’t really enjoy the 800m – I’m just not very confident so I went in with plan A, plan B and plan C. I was thinking, Kare’s got a strong pick-up, Alexa has a good start – all these girls have different strengths,” added Cockroft.

Out in the field the USA’s David Blair proved that age is certainly no barrier to success. The 40-year-old only returned to track and field last year after a 16-year break from sport, but he certainly impressed on his Paralympic Games debut, extending the world record he set earlier this year with a winning throw of 64.11m in the men’s discus F44.

“That felt good – I was hoping for a 65 (metre throw). I hit it a bunch at practice but I will take this as a close second,” said Blair, who won the Utah State championships in his youth before stopping sport to focus on his career and his family.

“It’s better late than never. I feel like when I found out about it (the opportunity to compete in Para athletics) I felt like it was too late, but I’ve got a very good coach and I worked very hard this year, didn’t miss a throws session, skipped vacations with my family – and look where it got us.

“My drive is that I should have been at this party a long time ago.”

The high jump competition continued to capture the attention of the Brazilian crowd as this time it was the turn of the men’s T47 event.

The USA’s Roderick Townsend-Roberts entered the competition at 1.99m and was the only competitor to clear the next three heights up to 2.09m, which he managed at the first attempt each time.

The 24-year-old world champion did attempt a new world record height of 2.13m but couldn’t quite manage it – this time.

“I realise that when I go away to a competition I have to set myself to a very high standard, and it tends to pay off when I go to a major championship like this,” said Townsend-Roberts.

“I’m fortunate enough that my good days are when it really matters. I feel like I need to eat some pizza now. It’s been a very long season and I just can’t wait to go home and have a slice of pizza. Aside from that I realise that this is what I’ve been training for all year, so to come away with what I wanted – I’m very humble and very excited.”

It meant a full set of individual medals for the 24-year-old who has already won 200m T11 silver and 100m T11 bronze, as well as relay gold at these Games.

Venezuela’s Sol Rojas (57.64) clinched silver while home favourite Terezinha Guilhermina (57.97) picked up her first individual medal of the Games, having been disqualified in both the 100m and 200m T11.

Gold in the women’s shot put F33 went to Algeria’s Asmahan Boudjadar (5.72m) – a new African record for the 36-year-old.

Qatari Sara Hamdi Masoud (5.39m) clinched silver with a new Asian record, while world silver medallist Brydee Moore of Australia lost out on a medal by just one centimetre as the UAE’s Sara Alsenaani (5.09m) rose to the bronze medal position with her final throw of the competition. 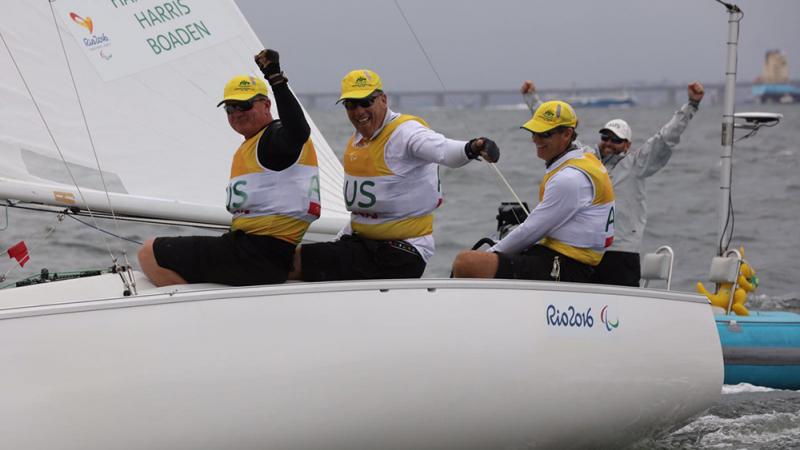