Cooper to be inducted into Hall of Fame 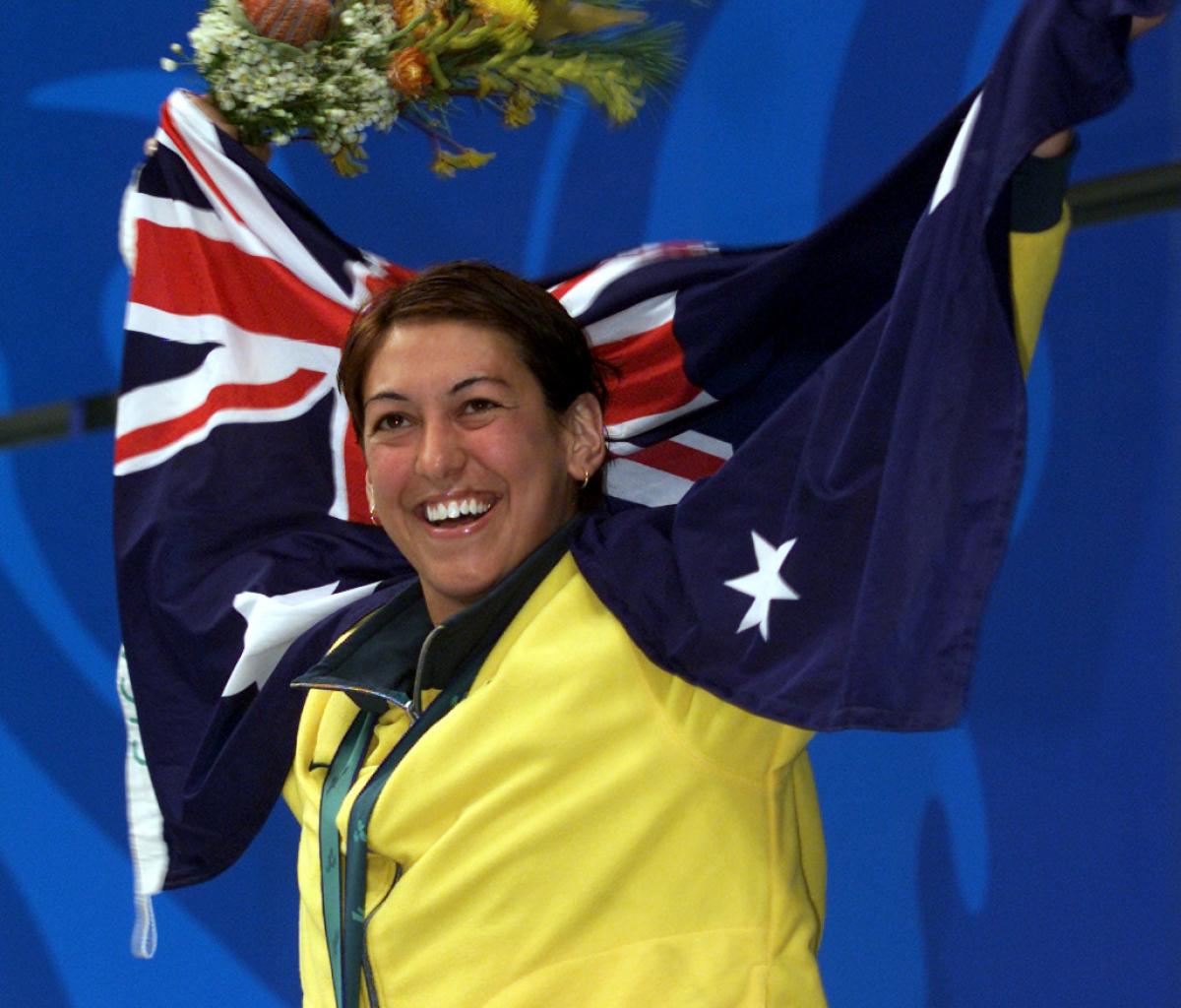 “What happened in Sydney was Australia and the world saw that we are athletes and we just happen to have a disability.”

The feats of Priya Cooper OAM stand up against almost any Australian who has ever graced the pool – but her time as a golden girl of the Paralympic Movement will be remembered for so much more.

The many achievements of this wonderful career will be celebrated on Wednesday (21st October) when Cooper receives the highest honour which can be bestowed upon an Australian sportsperson, as she is inducted as a Member of the Sport Australia Hall of Fame.

Presented by Etihad Airways, Cooper will feature alongside seven other Inductees on Australian sport’s night of nights – the 31st Sport Australia Hall of Fame Induction and Awards Gala Dinner at Palladium at Crown, Melbourne.

Born with cerebral palsy, Cooper chose to never let herself be identified by her limitations – and through a near decade long career as a three-time Paralympian, her success led a movement which proved to the rest of the world that no one need define her or any other athlete by what they could not do.

Like most Australians, Cooper learned to swim at an early age. She remembers her childhood as one constantly in and out of the backyard pool. Whether there or at school swimming carnivals, the water was a place where she was no different to anyone else.

“It was just a massive part of my life. I could do it. When I was in the water the difference between me and the able-bodied swimmers wasn’t as obvious,” Cooper said.

“In a running race I couldn’t keep up. I didn’t have a wheelchair at that time so I didn’t know about any of that side of it and swimming was something I could do and be on par with the other kids.”

Her time in the water was purely for enjoyment. There was not any further thought given as to what opportunities may lie ahead for someone with her obvious talent – that was until a school teacher encouraged her to consider competing as an athlete and approach her swimming more seriously.

At his insistence, Cooper graduated from her school swimming carnivals to join local club Maida Vale and she eventually represented her home state of Western Australia at the 1991 national wheelchair games. She won nine gold medals and a year later was selected for her first Paralympic Games.

“I do think about it sometimes. If that teacher had not made that call and told me I should really try out for this, my life would be so different,” Cooper said.

“I ended up training in a fully, able-bodied club and back at that time that was something people talked about. People couldn’t believe I trained like that with my disability and I just thought well doesn’t everybody?”

Her own ignorance was far outweighed by the ignorance of many through that era regarding athletes with impairments.

Prior to the Barcelona 1992 Paralympics, Cooper had enrolled in university and approached her lecturer regarding the time off and extensions she would need whilst competing overseas.

In a sign of the times, it was a request met with utter confusion and a hint of contempt.

“She just went off at me. She told me I shouldn’t have started university and why would I be doing this to my studies.

“I was seventeen at the time and I got so upset. It was just such a different attitude back then. But it’s not like it was anyone’s fault. It was just being a Paralympian didn’t ring the same bells as an Olympian did at that point.”

Support would come from other avenues however, yet it too proved problematic. The confidence of those closest to her gave the young star a set of expectations almost too tough to match in what was her first Paralympic Games.

“I got told before I left for Barcelona that I was going to win everything because of my times,” Cooper said.

“And then my first two races I didn’t win. I got the silver to this girl and she was going to be in every race. I just thought it was over from that point on. It wasn’t what I thought and what I was expecting.”

It was a tough pill to swallow, but Cooper re-evaluated and realigned her thinking almost overnight. German Britta Siegers – the “girl” who forced Cooper into second for both the 100m backstroke S8 and the 400m freestyle S8 – was indeed in her remaining races at the Games, but finished in the Australian’s wake from that moment on.

In the first Paralympic Games of her career, the then 17-year-old Cooper claimed gold in the 50m freestyle S8, the 100m freestyle S8 and the 200m individual medley SM6-7, with a world record and three Paralympic records along the way.

She continued on to Atlanta 1996 – this time as co-captain of the Australian team – and dominated the pool to earn five gold medals, one silver and one bronze. She broke world records in the 400m freestyle S8, the 100m backstroke S8 and 100m freestyle S8.

By 1998 and the IPC Swimming World Championships in Christchurch, New Zealand, three more gold medals and a further two world records solidified what had been an extraordinary run of success for Cooper since Barcelona 1992, as she continued to grow with each race and major event.

Her attention turned to Sydney 2000 and what would ultimately be her final Paralympic Games. It was a methodical preparation as she moved to the host city some eighteen months prior and undertook a hands on role with the Sydney Organising Committee for the Olympic and Paralympic Games.

Even a severe shoulder injury could not dampen her hopes of winning gold on home soil. She picked up bronze in the 100m freestyle S8 as well as the 4x100m medley relay, and achieved her ultimate goal by winning the 400m freestyle S8 in front of a Sydney International Aquatic Centre packed with adoring Australian fans.

Whilst Sydney 2000 was memorable enough for the simple fact it was the end point of her career, the Games meant so much more to Cooper than many knew.

For her, it was the point where Paralympians starting ringing those same bells as Olympians; it was the instant when Paralympic sport and its athletes were recognised by the wider public for what they could do, and not what they could not. It was a watershed moment which changed the landscape.

“That was a massive change and I’m so privileged to have been part of that process,” reflected Cooper.

“What happened in Sydney was Australia and the world saw that we are athletes and we just happen to have a disability.”

“Children with disabilities can have massive dreams now. I had massive dreams but it was very unusual as a kid growing up with a disability to feel that way. Now I think kids have this amazing hope, whether it’s sport or not, and this outlook on life where they can achieve anything they want.”

“I’m so privileged to have been part of that process.”

In the years following her retirement in 2000, Priya Cooper OAM has dedicated her life to inspiring Australians with her story as a highly successful motivational speaker and works to inspire people with impairments to achieve individual greatness.

“Priya Cooper was almost unbeatable across the span of three separate Paralympic Games and was a golden girl of her era,” said de Castella.

“She was a catalyst for moving the Paralympics into the spotlight and in doing so motivated countless Australians to follow in her footsteps at all levels of sport.”

Established in 1985, the Sport Australia Hall of Fame plays a vital role in preserving and perpetuating Australia’s rich sporting heritage, whilst promoting the values of courage, sportsmanship, integrity, mateship, persistence, and excellence, all underpinned by generosity, modesty, pride and ambition. 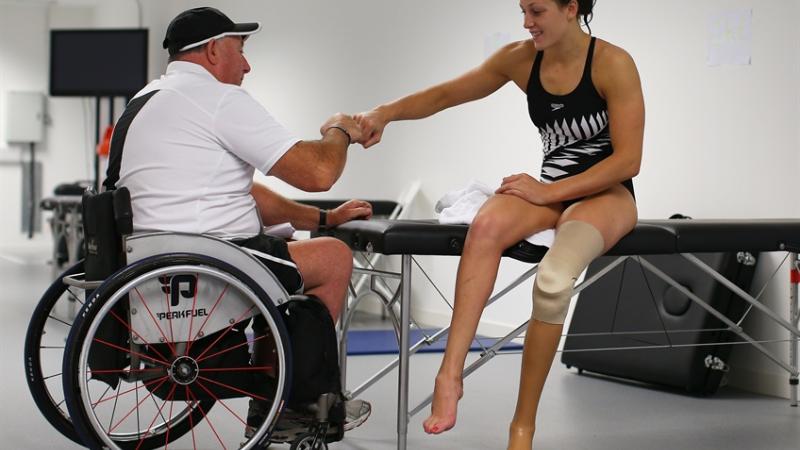 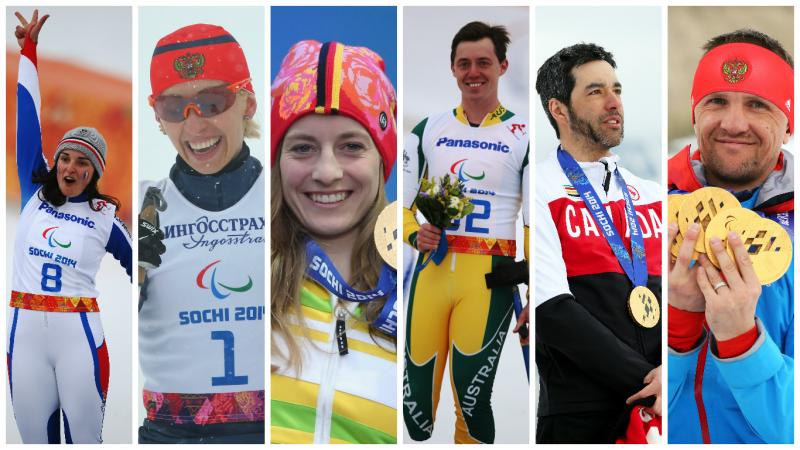