The awards recognising achievements at the Sochi 2014 Paralympic Winter Games will be presented on 14 November in Mexico City. 29 Sep 2015
Imagen 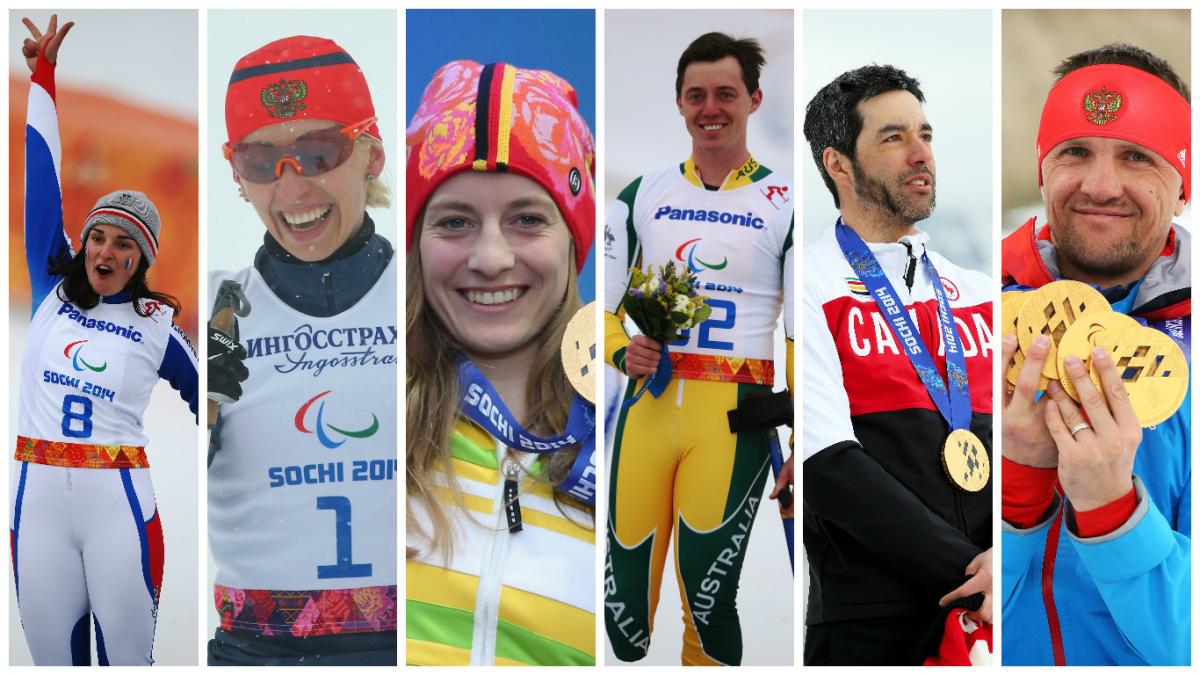 The International Paralympic Committee (IPC) has announced the athletes and teams who have made the shortlists for November’s 2015 Paralympic Sport Awards which are proudly partnered by Allianz and will recognise achievements from the Sochi 2014 Paralympic Winter Games.

Between them, the nominees won 25 gold medals in Sochi.

The shortlists for the categories are as follows:

•Aged just 20 at the time, she won Sochi 2014 gold in downhill, super-G, super combined and giant slalom to maintain her dominance of the women’s standing class. Only in the giant slalom did any of her rivals come within one second of her on the podium.

•Together with her guide Alexey Ivanov, she won three gold and three silver medals in Sochi. She topped the podium in the 6km cross-country race as well as the 6km and 10km biathlon races. She won silver in the 5km and 15km cross-country and 12.5km biathlon.

•The 21-year-old sit skier became only the second female athlete at a Paralympic Winter Games to win gold in all five alpine skiing disciplines at Sochi 2014. Her previous best performance was three golds and one silver at the 2011 World Championships.

•His bronze in the men’s super-combined standing made him the only single-ski male athlete to make the podium in Sochi. He won Australia’s first medal of the Games and became the first Australian to be presented with the Whang Youn Dai Achievement Award.

•The cross-country skier won three golds at Sochi 2014 in the 20km, 10km and 1km with his guides Erik Carleton and Graham Nishikawa. With his Sochi success, he became the first Canadian winter Paralympian to win 10 Paralympic gold medals in his career.

•On home snow he became the first athlete in history to win six gold medals at a single Paralympic Winter Games. The sit-skier topped the podium in the 7.5km, 12.5km and 15km biathlon races and the 1km, 15km and mixed relay cross-country events.

•At his first Games, Bugaev won a medal in all five alpine skiing standing events he took part in despite being only 16 years old. He won gold in the super combined and slalom events, silver in the downhill and giant slalom and bronze in the super-G.

•Aged just 16 in Sochi, Marcoux and guide Robin Fémy won gold in giant slalom and bronze in the downhill and super-G. His achievements were made more special by the fact that his regular guide, his brother B.J, had to withdraw from Sochi weeks before the Games.

•After spearheading the campaign to get snowboard into the Games, Mentel-Spee won Sochi 2014 gold in the women’s event by a margin of 10 seconds. At the Closing Ceremony she was presented with the Whang Youn Dai Award.

•The team won their third straight Paralympic gold in Sochi with an 8-3 win over hosts Russia. The team set a record in Sochi for the most points in a game and the largest margin of victory when they defeated Slovakia 16-0.

•The Nordic skiing mixed relay event usually features teams of four skiers, however in Sochi Sweden only fielded Helene Ripa and Zebastian Modin. Between them the pair took on the workload of four skiers and excelled by winning silver behind a very strong Russian quartet.

•The US team claimed the first ever back-to-back Paralympic ice sledge hockey gold medals in the history of the Games with a 1-0 final win over Russia in Sochi. The match was broadcast live on NBC for the first time ever.