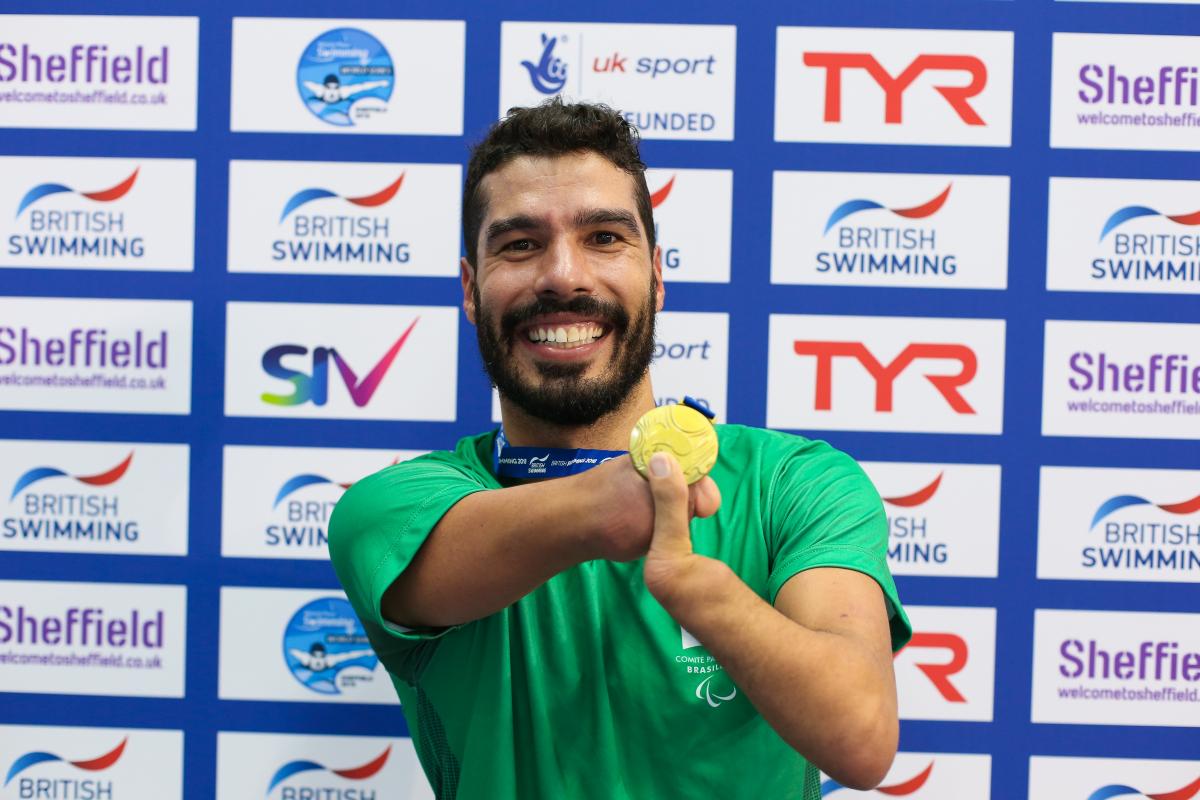 "All my preparations this season are focused on the Pan Pacs"

Daniel Dias is ready to lead Brazil at the Para Pan Pacifics in Australia.

In fact, the Para swimming championships in Cairns next month is the 14-time Paralympic champion’s main target for 2018.

“I am really looking forward to this competition. All my preparations this season are focused on the Pan Pacs,” said the class S5 swimmer.

In June, Dias won the men’s World Para Swimming World Series for the second consecutive year. The performances during the series brought him confidence for the championships in Australia.

“My expectations are high. Specially after the results in Europe this season,” added the Brazilian referring to the Sheffield and Lignano Sabbiadoro World Series.

Brazil will take 15 swimmers to Cairns, including seven Rio 2016 Paralympic medallists such as Phelipe Rodrigues and Joana Neves.

The Para Pan Pacs preparations also include a 10-day training period in Australia before the competition.

“The time difference will be a major challenge and this training period will be important for the athletes to get used to it,” said head coach Leonardo Tomasello.

The Para Pan Pacs take place every four years and the latest edition took place in Pasadena, USA, in 2014.

Nineteen countries are set to compete in Cairns from 9-13 August.