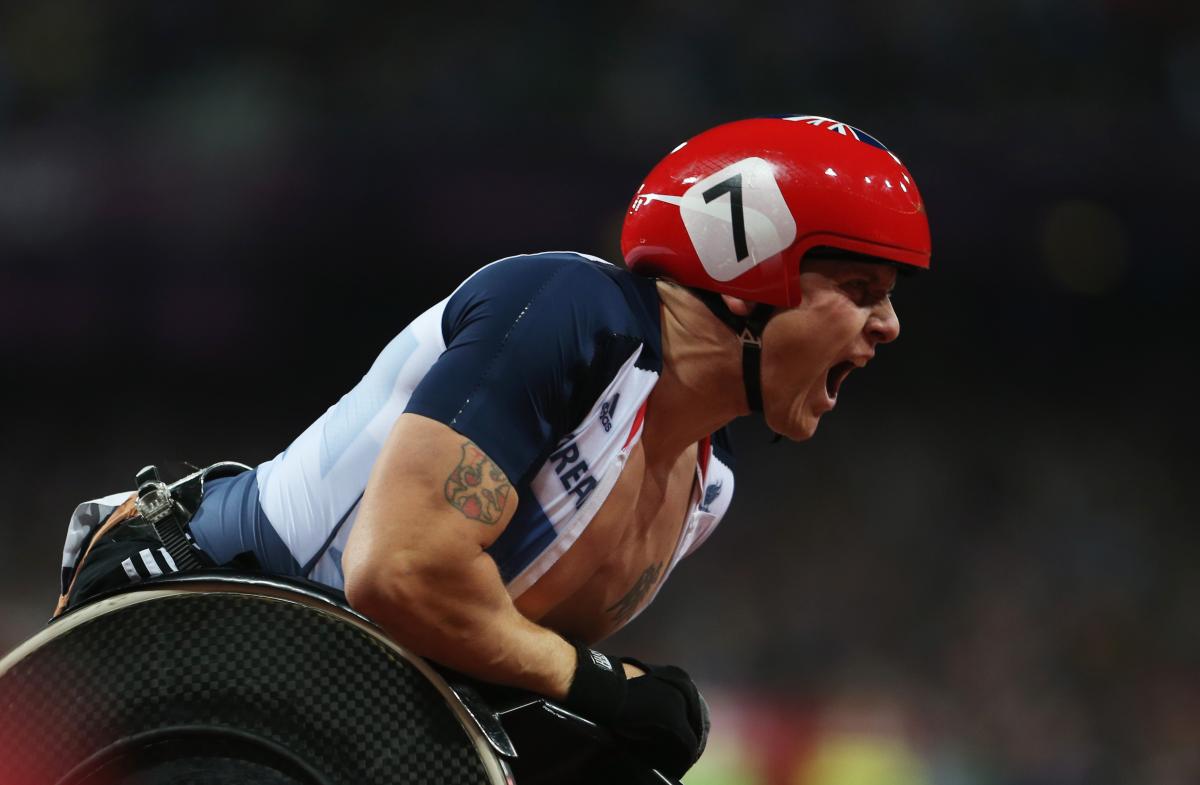 “It’s truly amazing. It’s one of the biggest wins I’ve ever had."

“It’s truly amazing. It’s one of the biggest wins I’ve ever had, to be honest. I’ve had a challenging seven or eight months and challenging four months personally, and to even get on that start line is amazing,” said Weir, who retired from track racing after last year’s Paralympic Games, where he failed to reach the podium.

“But when I went and raced Paris it gave me a lot of confidence to come here and race. It was the best decision to not do Boston this year and just purely focus on this race.”

Weir’s victory in his eighteenth London marathon meant he bettered the previous record of six wins that he shared with Dame Tanni Grey-Thomson – although the achievement was perhaps yet to sink in.

“It’s always an honour to take one of Tanni’s records. She’s been there from day one when I started at eight-years-old and we went to a few of the Paralympics together. To break her record – I’m 38 in June – it’s nice to keep breaking records and keep winning.

“I felt good all the way round. I don’t seem happy but I will do when I’m more relaxed and think about what I’ve done. After Rio I was quite down and depressed, so it was quite a challenge for the next seven or eight months to get in any shape to be here.”

Swiss star Hug, who won in Boston, USA, six days ago, was always present in the leading pack and was in the lead with 600m to go, but the 31-year-old couldn’t match Weir’s final sprint to the line.

“It was good; it was difficult, I tried two or three times to break the pack but David and Kurt followed me, but they didn’t want to lead. So it finally came to a mass sprint,” explained Hug, who dominated marathon racing last year winning six major titles including Paralympic gold in Rio de Janeiro, Brazil.

“I had a good position but David had a better speed up from the corner, he was just better in the sprint.”

Schär meanwhile pulled clear from the rest of the field in the women’s T53/54 race to enjoy a convincing win in London – her first victory in the British capital after finishing second for the last three years, and a new course record of 1:39:57.

The 32-year-old looked like she was fully recovered from Monday’s victory in Boston as she put significant daylight between her and the USA’s Tokyo marathon winner Amanda McGrory.

By the 35km mark Schär, who won the world title in 2013, was over two minutes ahead. That margin doubled by the end, with two-time London marathon winner McGrory finishing second in 1:44:34. Her US teammate Susannah Scaroni (1:47:37) finished third.

“It just feels great - what a week after Boston, and now the London marathon. I’m just so happy,” said Schär, who also set a new course record six days ago in the USA.

“It was a tough one, I still could feel the Boston marathon in my wrists, I have some problems the last few months but I tried to ignore it and keep up the pace. It’s perfect.”

Schär and McGrory have enjoyed a great rivalry in recent months, and Sunday’s race was no different, especially in the absence of US defending champion Tatyana McFadden who did not travel across the Atlantic after recent health issues with blood clots in her legs.

“When I looked back I was by myself, I was surprised but really happy because I worked hard and was really happy that it was worth it. Then I just tried to keep the pace up to the finish,” added Schär, who failed to medal at the 2016 Games.

“This didn’t come to early, I really needed this especially after Rio. I was frustrated a little bit and had some difficulties to get back in to training after my winter break. Now I’m back on track and it feels great.”

The 2017 London marathon also marked the start of the Abbott World Marathon Majors Series XI – Hug and McFadden sealed Series X victories in Boston last week. The WMM Majors takes in seven major races over the next 12 months, finishing back in London in 2018.