Oscar Pistorius will defend his title in the men’s 100m T44 and Michelle Stilwell will lay claim to the top spot in the podium in the women’s 100m T52. 05 Sep 2012
Imagen 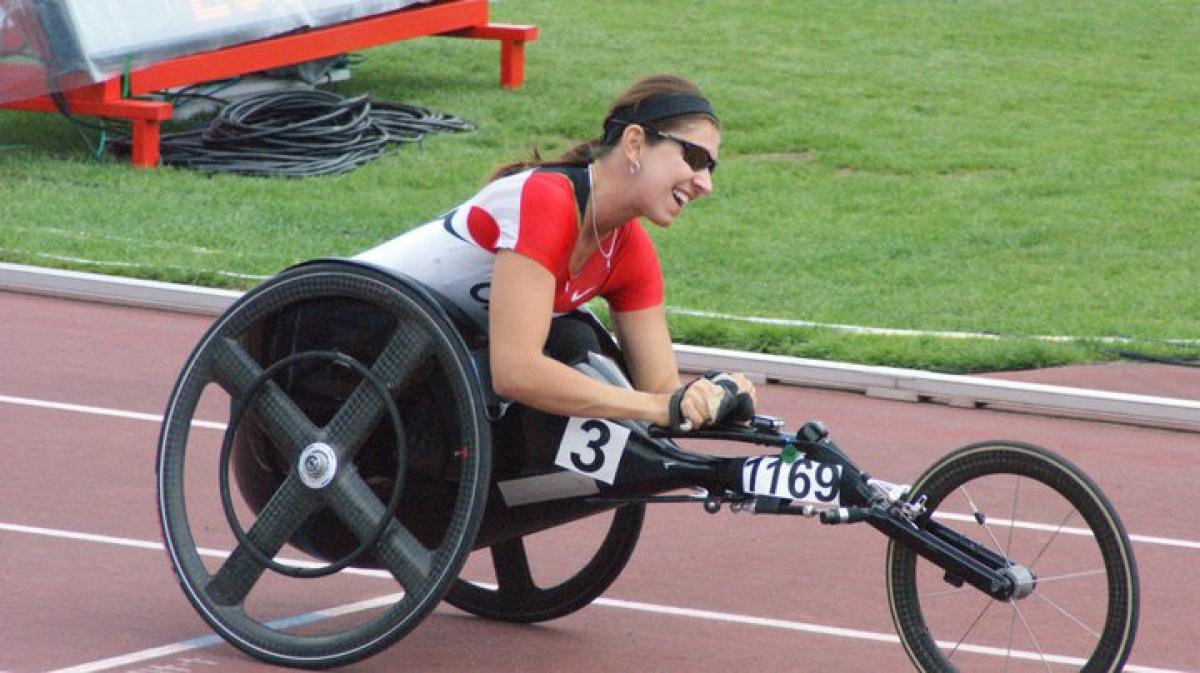 Roman Pavlyk will be hoping to add to his Paralympic medal collection when he steps out for the final of the men’s long jump F36. The world record holder faces the likes of world bronze medallist Mariusz Sobczak of Poland.

The much-anticipated 100m T44 heats get underway on Wednesday (5 September), with Oscar Pistorius, 200m T44 silver medallist on Sunday (4 September), back on track to start the defence of the title he won in Beijing. The South African faces fierce competition from the likes of British star and world record holder Jonnie Peacock, and America’s Jerome Singleton, who took the top spot ahead of the ‘Blade Runner’ over 100m at the IPC Athletics World Championships last year.

America’s newly crowned 400m T54 gold medallist, Tatyana McFadden, has her eyes fixed firmly on her next medal opportunity - the 800m T54 final. The 23-year-old stormed across the line as the fastest qualifier with a time of 1:47.66, but Switzerland’s Edith Wolf will be hoping to stop her in her tracks to gain her second gold of London 2012. It has the makings of a nail-biting final.

After the dramatic finish to the men’s 800m T53 heats on Tuesday morning which saw competitors crashing across the line to make the final cut, Australia’s world champion Richard Colman lines up in the final as the quickest qualifier, just ahead of Korea’s Byunghoon Yoo, who took bronze behind Colman at the World Championships in New Zealand.

Brazil will be guaranteed medal success in the women’s 100m T11 final, with three out of the four athletes representing the 2016 Paralympic Games’ host nation. Terezinha Guilhermina will fancy her chances as the current world record holder and fastest qualifier but faces tough competition from her compatriots Jerusa Geber Santos, silver medallist behind Guilhermina in the 200m T11 on Sunday (2 September), and Jhulia Santos. Don’t dismiss their Chinese opponent Juntingxian Jia, who clinched bronze in the 200m behind the two Brazilians.

Britain’s world bronze medallist David Devine will be out to impress the home crowd in the men’s 800m T12 final. He heads into the race as the fastest qualifier but faces the defending Paralympic champion and world record holder Abderrahim Zhiou, who will be sure to battle hard for gold.

World record holder Michelle Stilwell is the hot favourite in the women’s 100m T52 final, having already picked up gold over 200m here in London. A double gold medallist in Beijing, the Canadian is the only finalist with a sub-20 second personal best.

Wednesday’s track action ends in terrific style with the men’s 4 x 100m relay T42-46. Included in the starting line up will be world record holders South Africa as well as the gold and silver medallists from Beijing - the USA and Brazil.

There’s plenty of action to look forward to in the field events too. On Wednesday (5 September) morning, Roman Pavlyk will be hoping to add to his Paralympic medal collection when he steps out for the final of the men’s long jump F36. The world record holder faces the likes of world bronze medallist Mariusz Sobczak of Poland.

There’s an impressive line-up too in the men’s discus F54/55/56 as the world and Paralympic record holders from each classification do battle for gold.

And the evening’s action gets underway with the women’s javelin F54/55/56, where world champion Hania Aidi and Germany’s Martina Welling are the ones to watch. The pair each set new Paralympic records in Beijing for their classifications and will be strong competitors again in London.