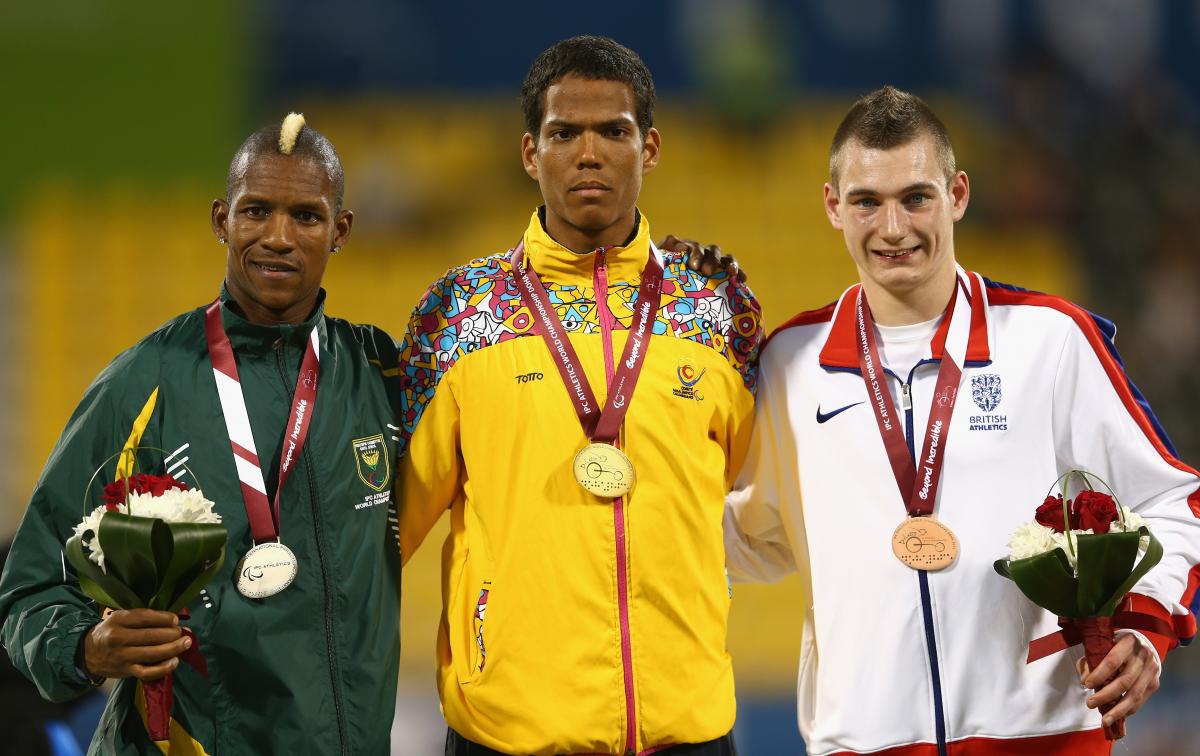 Dixon Hooker topped the podium in the 400m T38 at the Doha 2015 World Championships.

Dixon Hooker took the “first steps” towards a possible first Paralympic title in Rio, this September, by claiming gold at both the Toronto Parapan American Games and the Doha World Championships, in 2015.

The 22-year-old showed outstanding form last year, lowering the 400m T38 Americas record twice on his way to gold in Toronto and Doha, and continued his run of success earlier in 2016 by sealing the title at the Caixa Loterias Athletics Open Championship.

“Every Para athlete´s main goal is to win gold at a Paralympic Games and listen to the country´s national anthem. I dream about that, and hopefully will experience it in Rio,” said Hooker.

“I have been working very hard with my coaches and am hoping to represent Colombia the best I can at Rio 2016.”

The 400m T38 semi-finals will take place on 16 September, whilst the finals will be contested the following day.

“It is going to be a hard and tight race and every competitor will give their best to take gold,” he said.

“Winning the 400m T38 in Toronto gave me the confidence I needed ahead of Doha 2015. But topping the podium at the Worlds proved me that I am capable of achieving major titles for my country and that I should not be afraid of anyone.”

Rio 2016 will be Latin America´s first Paralympic Games and Hooker believes it will be perfect to continue developing Para sports in the continent.

“It will be an amazing spectacle. I expect Rio 2016 to be extraordinary,” he said.

“Para sports in the Americas have grown a lot during the recent years and Rio 2016 will be another major step forward.”

Once Rio 2016 is over, Hooker already has plans for his career.

“I want to compete at other two Paralympic Games and to become a Paralympic ambassador,” he said.