On the penultimate day of the 2014 IPC Swimming European Championships in Eindhoven, the Netherlands, the home team also pushed up the medals table. 09 Aug 2014
Imagen 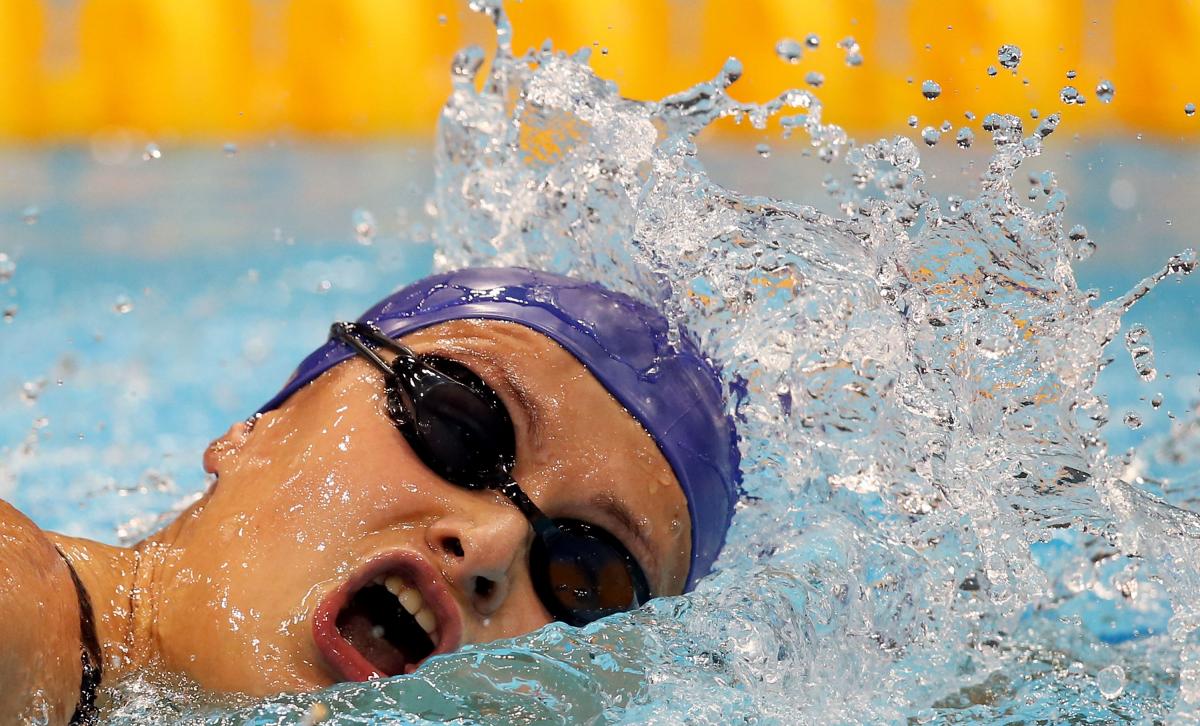 Two world records have been broken on the penultimate evening of competition at the 2014 IPC Swimming European Championships in Eindhoven, the Netherlands.

The host country now has seven golds for the meet, compared to the 2011 European Championships where they won just two and finished 18th in the standings. They have 20 medals in total, adding eight onto their tally from three years ago.

After equalling her women’s 100m backstroke S10 European record in the morning session, Mortimer (1:06.46) decided to try to go all out to bring it down by almost 0.50 seconds in the final.

“I wanted a world record,” Mortimer said. “I’m not satisfied, I’m not super happy. That wasn’t the perfect race. But this was a gauge to see where I am at.”

“I am very, very happy. That was a fantastic race,” an excited van der Voort said. “I was dying for that gold and I won.”

Belgium’s Sven Decaesstecker (1:04.47) came back from disappointment on Friday (8 August) in the 200m individual medley to take bronze.

The remaining four medals for Russia came in the women’s and relay races.

Yevheniy Bohodayko (30.24) added another gold for Ukraine, and a third for himself this week, in the men’s 50m butterfly S5. His compatriot Andriy Kozlenko (33.04) and Italy’s Valerio Taras (33.76) won silver and bronze respectively.

Camellini said: “This was my last one and I feel it was a great competition. I love the 100m freestyle, it is my favourite race.”

At 57 years old, Spain’s Sebastian Rodriguez (34.09) was not fazed by the youngsters dominating proceedings. He collected his second gold of the competition in the men’s freestyle S5, beating three-time Eindhoven 2014 gold medallist Andrew Mullen (36.12) of Great Britain into silver.

“I was expecting to be under 34 seconds so it was around what I thought. It was a gold medal. It’s always a gold medal,” a defiant Rodriguez said.

Spain have also improved on their 2011 ranking, moving up to fourth in the medals table compared to their tenth-place finish three years ago.

Heading into the final day of competition on Sunday (10 August), Ukraine lead the medals table with 86 medals (35 gold). Russia are second with 77 medals including 28 gold and Great Britain are third with 62 (26 gold).

The 2014 IPC Swimming European Championships continue until 10 August and feature around 380 of Europe’s best swimmers from 37 countries.

Tickets, live results and a live stream are still available on the Eindhoven 2014 official website.

Live updates will be posted to the IPC Swimming Facebook page and @IPCSwimming on Twitter or search #Eindhoven2014. 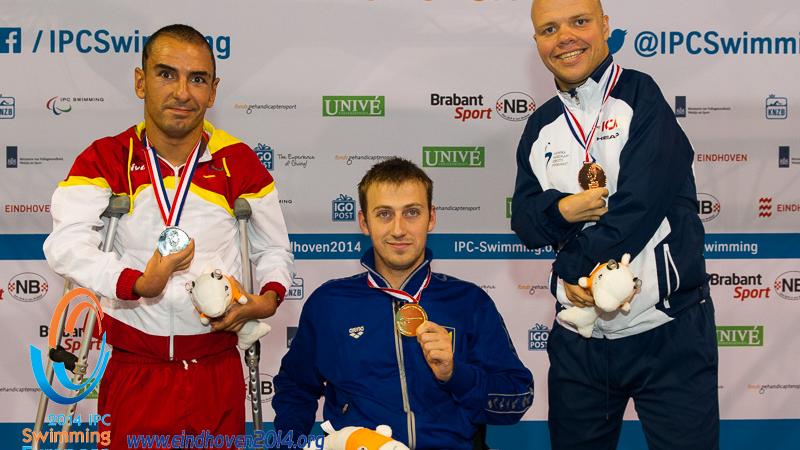