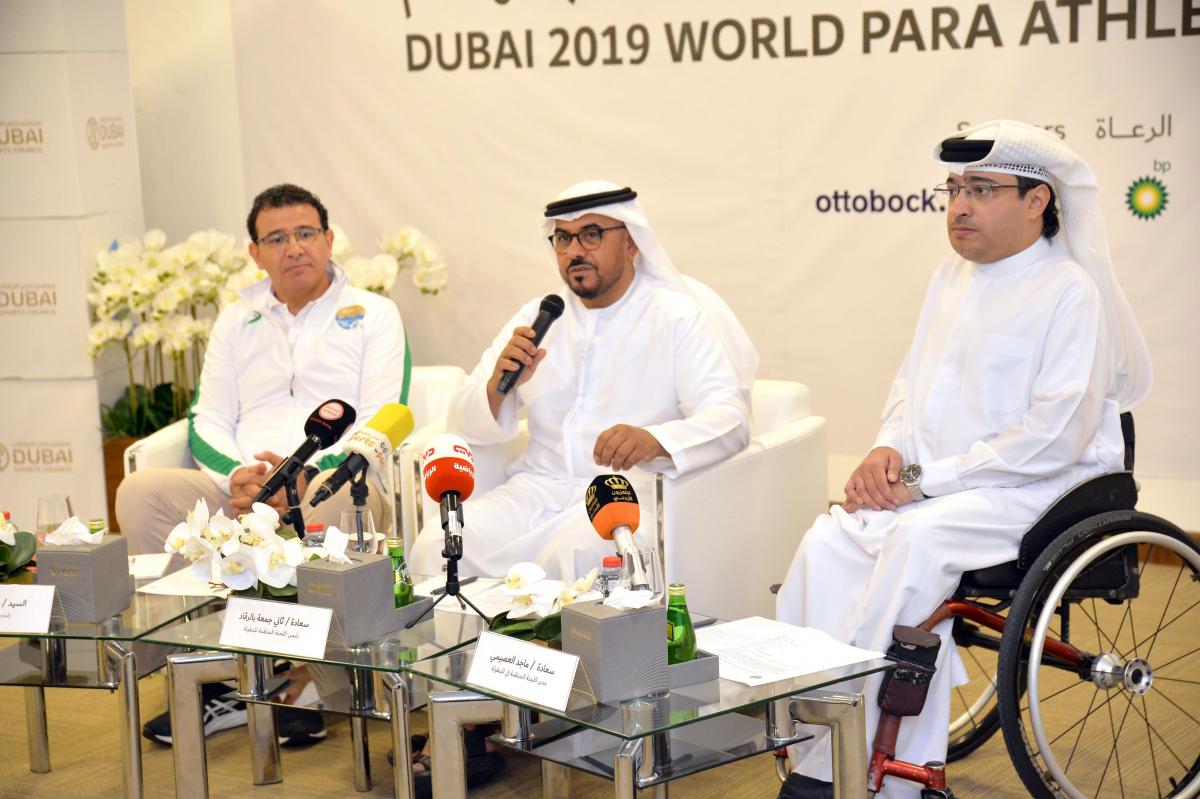 ALL SET TO HOST: Thani Juma Berregad Chairman of the Organising Committee, Majid Al Usaimi Executive Director of C'ships and Tarek Souei Head of Sports Committee during the press meet ahead of the World Athletics Championship
ⒸDubai 2019 LOC

Alktebi and Alsenani made a telling statement and entered the history books by bagging silver and bronze in the Shot Put F32 and F33, respectively, at Rio 2016.

More than 1,400 Para athletes from 122 countries are set to compete at the World Para Athletics Championships, which is the biggest qualifying event for the Tokyo 2020 Paralympic Games.

Among the strong star-studded teams heading to Dubai are the USA with 43 athletes and Great Britain with 42. Initially, the Brits would take the same number of athletes as the USA but they will be missing the services of their ace sprinter - two-time Paralympic and world champion Jonnie Peacock.

The 26-year-old is forced to miss the contest due to a knee injury. Germany another leading contender are flying in with a strong squad of 32 and Australia with 37. 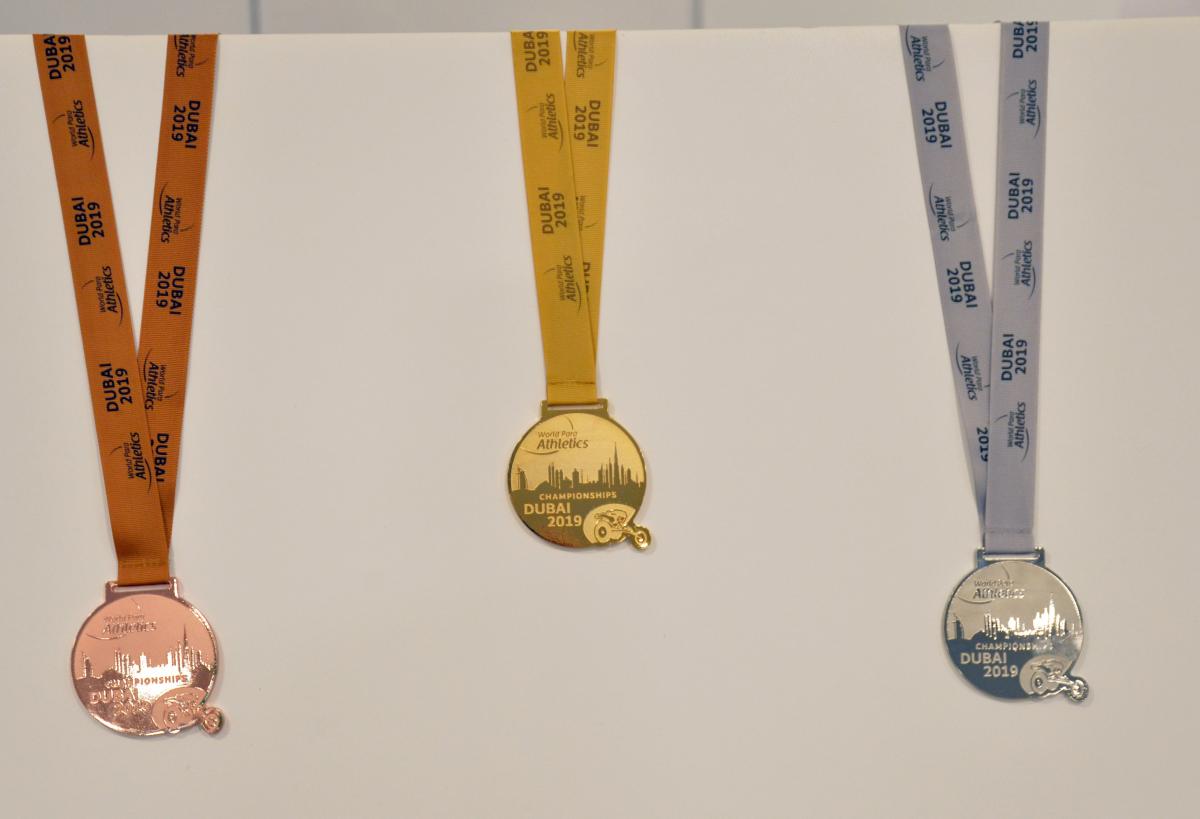 Speaking at a press conference on Monday, Thani Juma Berregad, Chairman of the Dubai Club for People of Determination and Chairman of the Dubai 2019 Organising Committee, said: “We like to thank the Dubai Sports Council for its support in organising the competition. It will be the largest in the history [of Para athletics] where many countries were keen to participate.

"Dubai came to host this tournament because of [the city's] reputation and strength and ability to organise major international events at the best international regulatory standards.”

Thani Juma also revealed the medals of the World Championships, which carries the image of the most prominent tourist attractions in Dubai and was designed in Braille language to suit the participants with vision impairments.