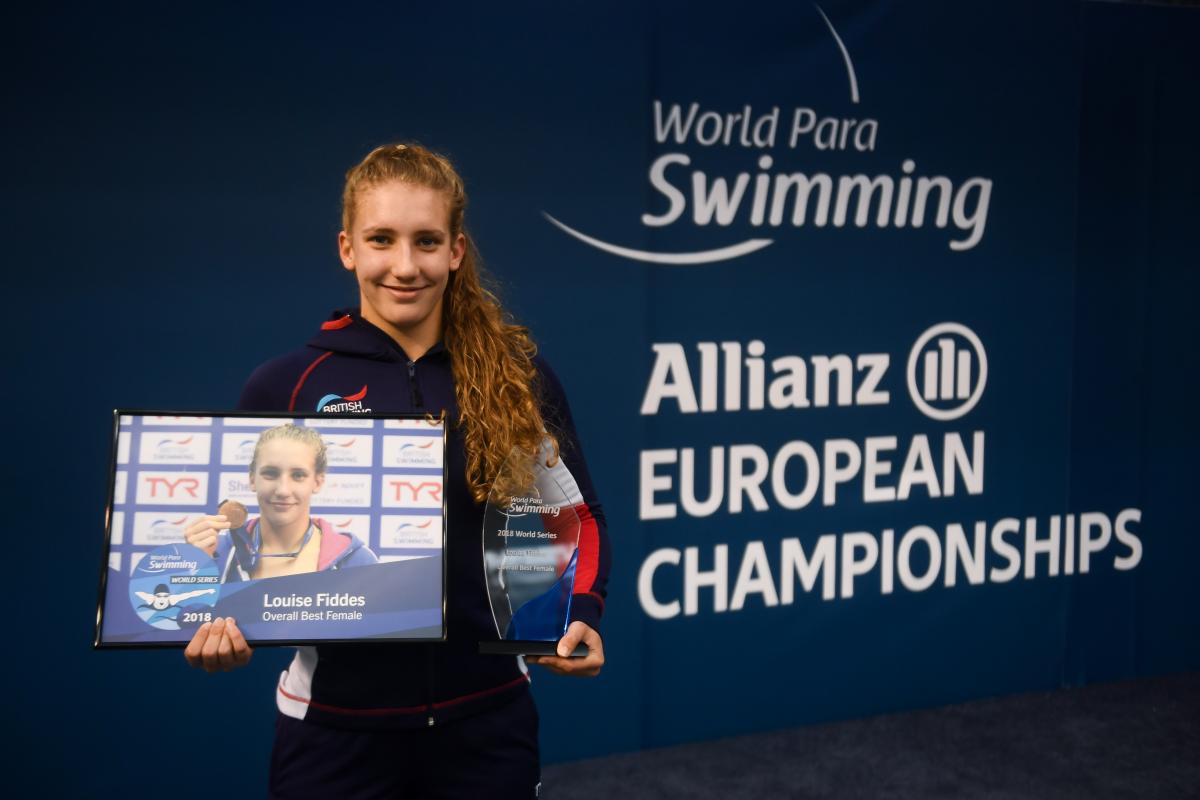 “I still cannot believe. There are so many amazing athletes competing in the World Series and I didn’t expect to win it right in my first season.”

Louise Fiddes did not compete on Thursday (16 August), day four of the World Para Swimming Allianz European Championships in Dublin. But the British swimmer did not leave the National Aquatic Centre empty-handed.

Before the evening session, Fiddes received the trophies for her wins in the 2018 World Series season as best female athlete and best female junior athlete.

“I still cannot believe. There are so many amazing athletes competing in the World Series and I didn’t expect to win it right in my first season,” said Fiddes, who has already won gold in the 100m breaststroke SB14 and bronze in the 200m freestyle S14 in Dublin.

The 17 year old took part in three consecutives ceremonies as she returned to the podium to receive the best team award alongside Great Britain teammates Jordan Catchpole, Thomas Hamer and Maisie Summers-Netwon.

“I’m still not familiar with going to the podium all the time. It is still something new to me, a new experience. I didn’t think it would happen at all,” she said.

Fiddes still has the chance to win more prizes in Ireland as she will compete in other two events at the European Championships, the 100m butterfly on Saturday and the 200m individual medley SM14 on Sunday.

“I will do my best [in my next events] and I hope I can get more medals in my other events too. It just feels great to be here,” she added.

The other World Series winners will receive their awards later this year.

The World Series was launched in 2017 bringing together some of the most traditional Para Swimming events together under the same global calendar. 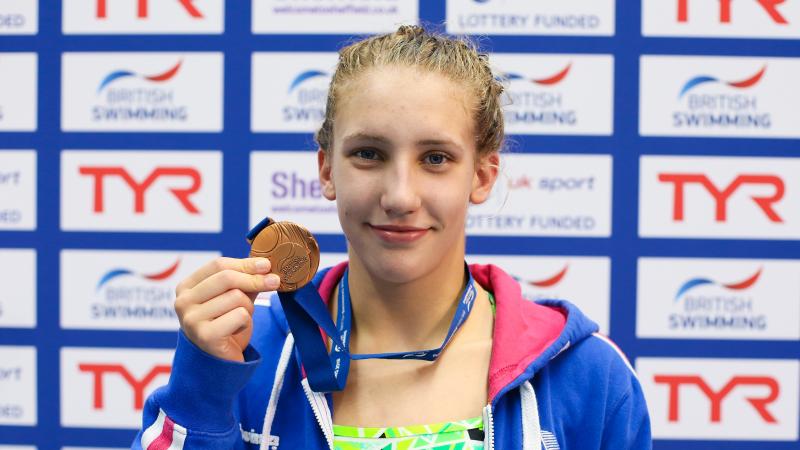