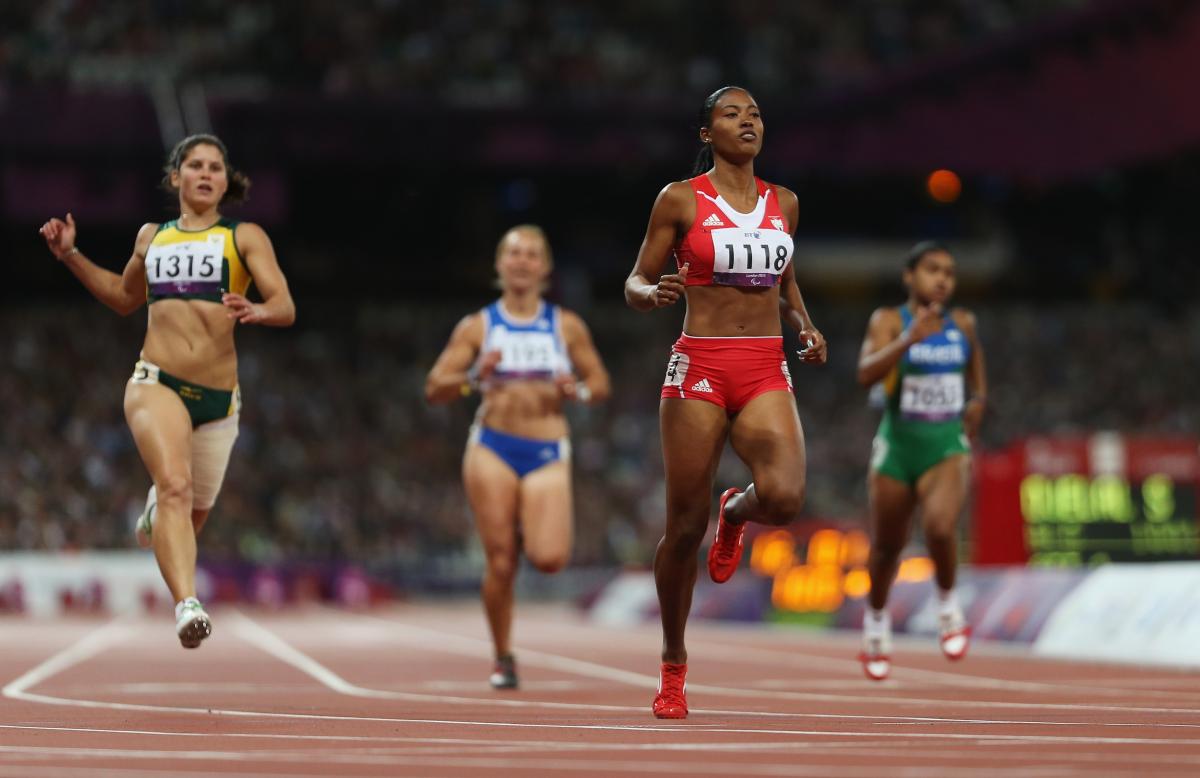 History was made on Monday (10 August), the first day of athletics at the Toronto 2015 Parapan American Games as Cuba’s Omara Duran clocked the fastest 100m time ever by a female para-athlete.

Despite rainy conditions during the heats, the 23-year-old clocked 11.65 seconds, 0.26 seconds faster than the previous T12 record set by China’s Guohua Zhou at London 2012.

Her time was also 0.24 quicker than the previous fastest time run by a female athlete. At April’s IPC Athletics Grand Prix South Africa’s Ilse Hayes ran 11.89 in the T13 class.

“I'm really happy. Tomorrow I'm going to try win the gold medal, the weather wasn't a problem," said Duran afterwards on a day that saw torrential rain and an hour break in competition due to lightening.

"It was hard to have expectation because that is my first big race this year,” explained Roy. “I just went in my rip; I didn't want to go too fast and slip but I just kept pushing and I catch her so I am very happy."

There was a Colombian one-two in the men’s 400m T38 with Dixon de Jesus Hooker Velasquez (54.36) lowering the Americas record by 0.17 seconds. Weiner Javier Diaz Mosquera (55.91) took the silver and Nicaragua’s Carlos Castillo (59.02) the bronze.

There was an Americas record in the men’s 100m T35 as Argentina’s Hernan Barreto (12.82) retained his Parapan title from four years ago. The USA’s Ayden Dent (13.28) took the silver and Barreto’s teammate Nicolas Aravena (13.34) the bronze.

There was a thrilling finish in the final of the men’s 100m T54 with both Colombia’s Sairo Moises Fernandez Lopez and Mexico’s Juan Cervantes clocking the same time of 15.19. Fernandez Lopez was awarded gold after the photo finish and he was joined on the podium by Javier Rojas Diaz (16.10).

In the final medal event of the day, Brazilian teenager Petrucio Ferreira (10.77) showed what a talent he is by breaking the Americas record on his way to gold in the men’s 100m T47. Cuba’s Raciel Gonzalez (11.00) was second and Yohansson Nascimento (11.12) third.

"I’m very happy. I came here promising my family a gold medal. I kept that promise. I wanted a better score, but it didn't work," said Neves Da Silva.

"This is my first Parapan, my first international trip. I'm debuting with a gold medal. It's a dream come true."