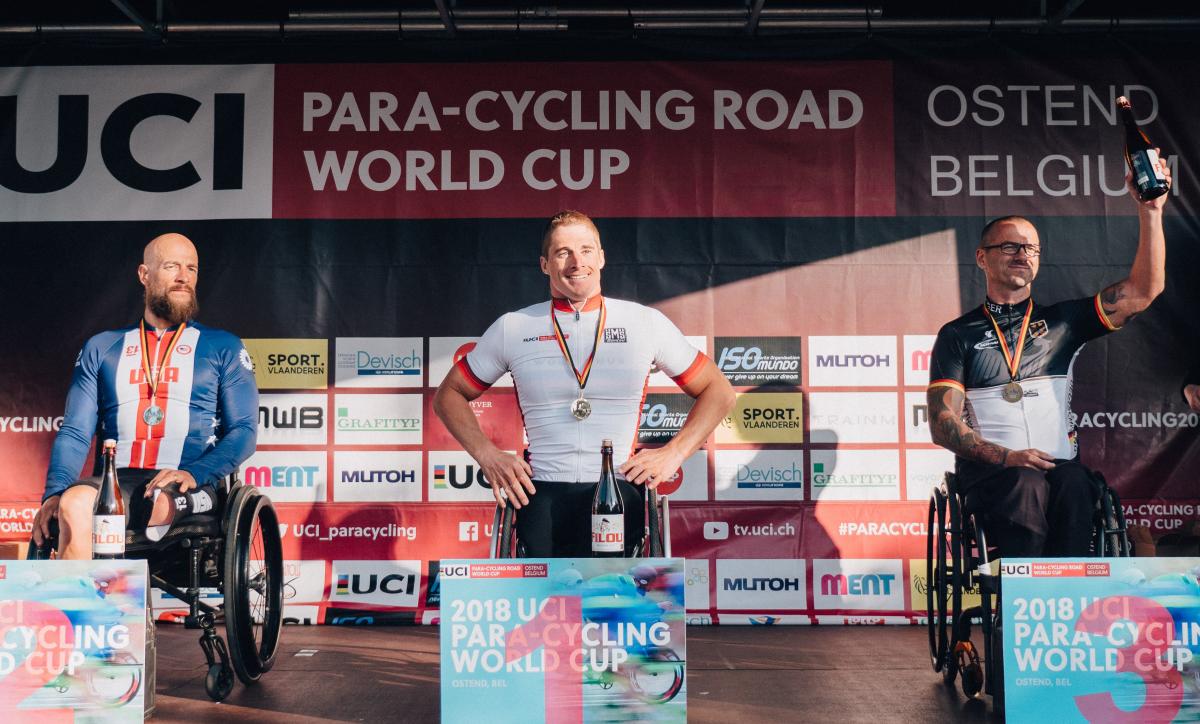 ⒸSaen Sunderland
By UCI and IPC

Dutch cyclists shone in the first 2018 UCI Para Cycling Road World Cup in Ostend, Belgium, from 3-6 May, as they claimed seven gold medals to finish top of the standings.

Rio 2016 triathlon champion and cycling bronze medallist Jetze Plat swept the men’s H4 events as he won both the time trial and road race. Tim de Vries had a fantastic performance as well as he finished first in the men’s time trial H5 ahead of Italy’s former Formula 1 racer and Paralympic champion Alex Zanardi.

US cyclists won more medals than any other country, with a total of 20 including five golds, nine silvers and six bronze.

The second World Cup will take place in Emmen, the Netherlands, from 6-8 July, while Baie-Comeau will stage the last between 15 and 19 August.