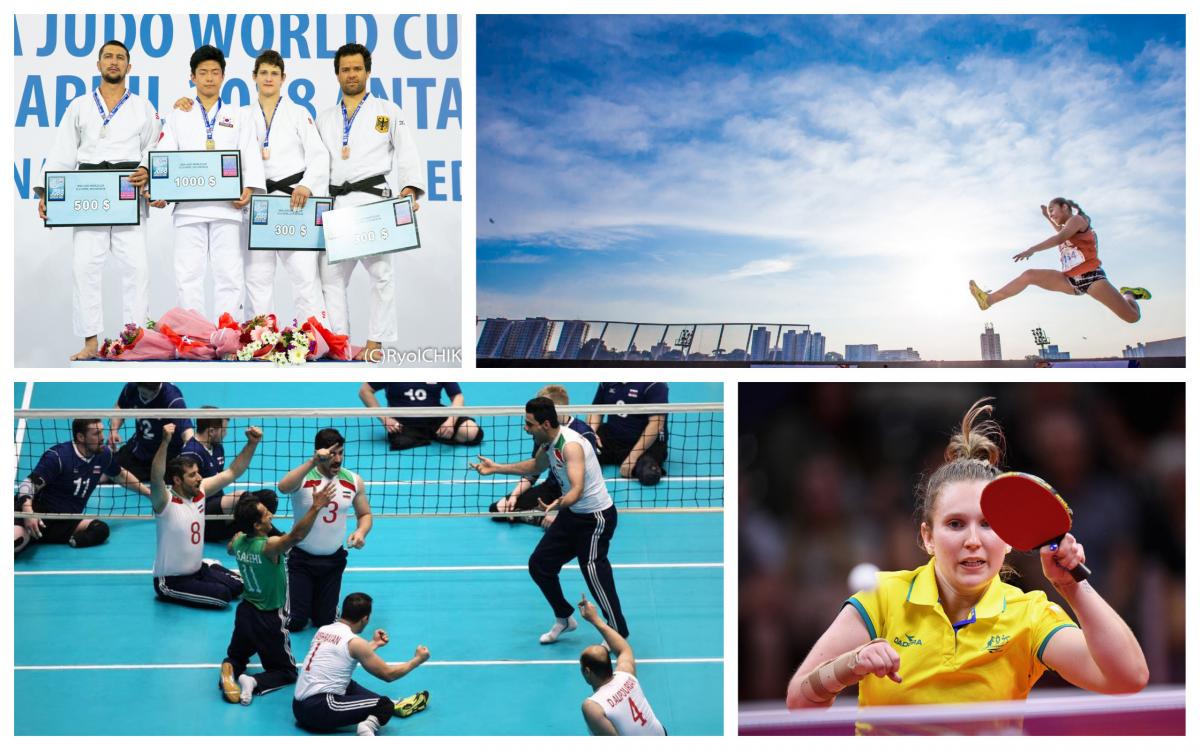 Brazilian sprinter Veronica Hipolito claimed a heroic gold in the women's 100m T38 after announcing that she is to undergo surgery to remove a tumour in her forehead. Andre Rocha broke a 20-year-old world record* in the men´s discus F53. Paralympic champion Petrucio Ferreira was another of the stars who shone in Sao Paulo.

Paralympic and world champions Marcel Hug and Tatyana McFadden won the men´s and women´s races. The ´Swiss Bullet´ notched up a fourth consecutive win in the US city, while McFadden took her fifth Boston Marathon title.

Ukrainian shooters captured seven of eight golds at the final competition in Poland before the 2018 World Championships in Cheongju, South Korea, from 4-11 May.

South Korean judokas left with an impressive 10 podium finishes in the season-opening event in Antalya, Turkey, between 22 and 23 April.

In Nottwil, Switzerland, Ireland, New Zealand, Poland and Colombia secured the final four spots for the wheelchair rugby World Championships to be held in Sydney, Australia, from 4-10 August.

Spain and Great Britain won the men´s and women´s events, respectively, in Vilamoura, Portugal, and qualified for the finals of the International Tennis Federation´s (ITF) flagship wheelchair tennis competition in Apeldoorn, the Netherlands, between 28 May and 3 June.

Great Britain’s equestrian multiple-world, Paralympic and European champion Sophie Christiansen won all three of her grade I classes in her first major international competition since Rio 2016.

The US team, made up of Rebecca Hart, Katie Jackson, Kate Shoemaker and Roxanne Trunnell, scored a combined 429.096 per cent to take the win over Canada (400.246 per cent).

**Editor's note: The International Paralympic Committee suspended the Russian Paralympic Committee on 7 August 2016 for its inability to fulfil its IPC membership responsibilities and obligations, in particular its obligation to comply with the IPC Anti-Doping Code and the World Anti-Doping Code (to which it is also a signatory). As a result of the suspension, Russian athletes cannot enter IPC sanctioned events or competitions, including the Paralympic Games.