Gold Coast 2018: Triple triumph for Australia in the pool 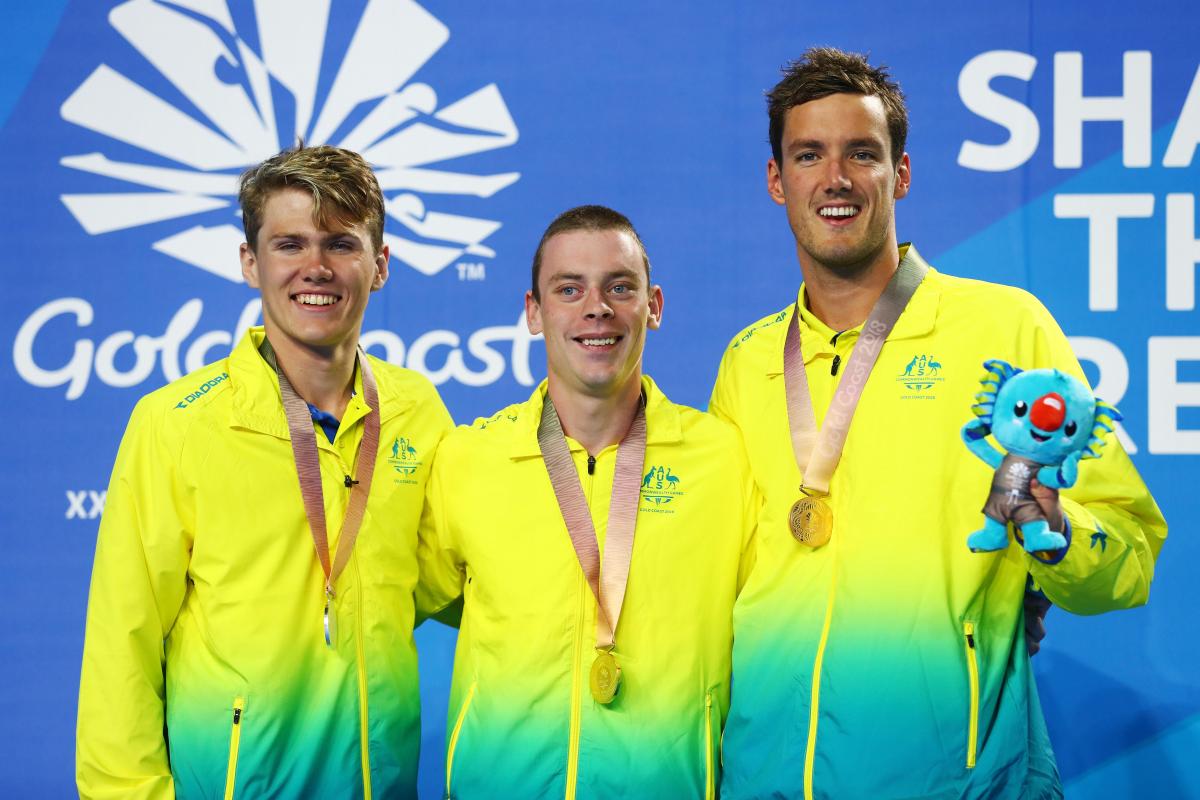 By Beau Greenway | For the IPC

Australia lived up to the expectations of a massive home crowd, winning three of the four gold medals up for grabs on days three and four of the Para swimming programme at the Gold Coast 2018 Commonwealth Games.

Disken added to his men’s 100m freestyle S9 crown with victory in the men’s 100m breaststroke SB8 as Australia completed a clean sweep of the podium.

On Sunday night (8 April), things got even better for the host nation when Jesse Aungles claimed victory in the men’s 200m individual medley SM8.

Canadian Philippe Vachon grabbed the bronze with a 2:34.03.

Patterson, an S8 athlete who claimed two gold medals at Rio 2016, captured an impressive victory in a time of 1:03.02, a personal best by almost a second.

England’s Alice Tai finished with silver in 1:03:07, while Patterson’s teammate and six-time Paralympic gold medallist Ellie Cole claimed with bronze with a 1:03:36.

Cole was the fastest into the final after a 1:03.98 in the heats, with another Australian in Emily Beecroft second in 1:04.64, while Patterson swam a 1:05.66, but managed to better that time by more than two-and-a-half seconds in the final.

New Zealand grabbed its first gold medal in the pool with the legendary Sophie Pascoe a class above in the women’s 200m individual medley SM10.

Rivard posted the best time in heat one with a 2:32.90, while Pascoe’s effort of 2:27.26 in the second of the heats was more than eight seconds faster than her nearest rival.