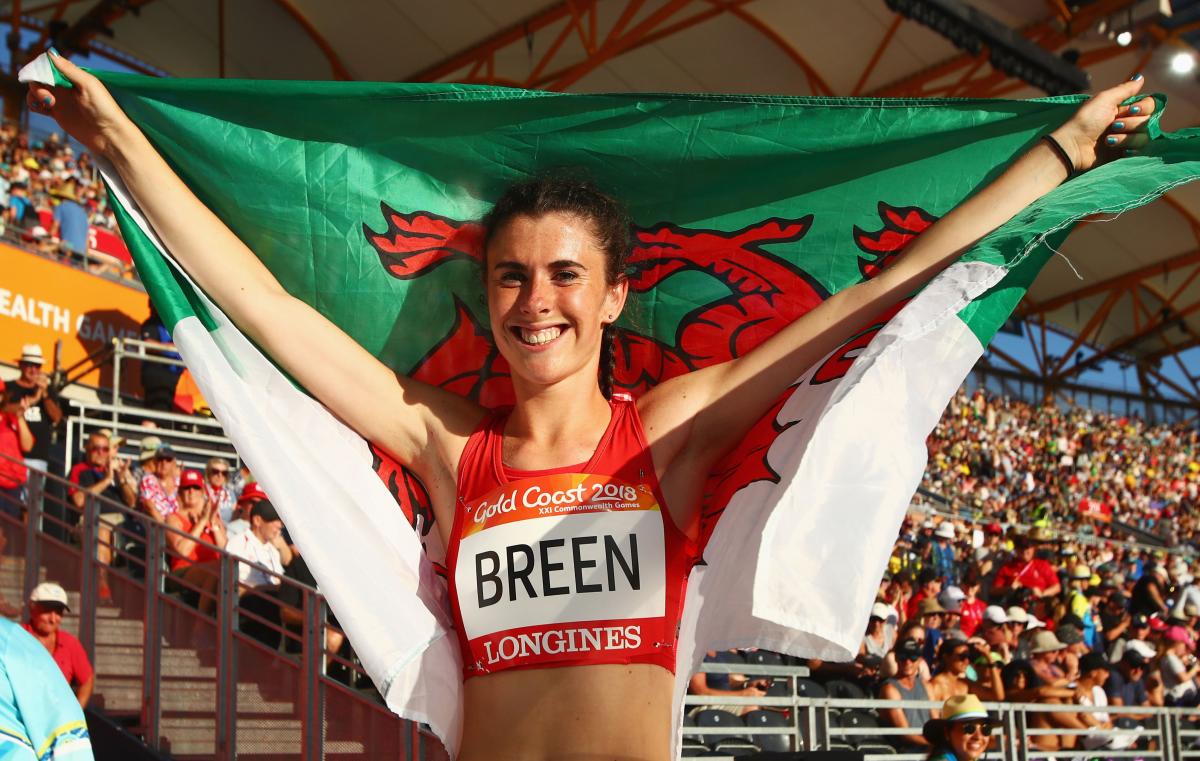 Wales’s Olivia Breen clinched the first Para athletics gold of the 2018 Gold Coast Commonwealth Games in Australia on Sunday (8 April) with a new Games record and personal best in the long jump T38.

The 21-year-old leapt 4.86m with her sixth and final attempt of the competition in the Carrara Stadium to seal victory ahead of Australian duo Erin Cleaver (4.36m) and Taylor Doyle (4.22m) who won silver and bronze respectively.

“Over the moon to become Commonwealth champion,” Tweeted Breen afterwards. “A massive thank you to my coach @coachaston (Aston Moore), my family and friends and the fantastic support from @TeamWales. Thank you Australia you’re amazing.”

Breen, who headed in to the Games as favourite after topping the podium at last year’s World Championships ahead of Cleaver, failed to register a mark with her first two attempts but took the lead with her third jump of 4.56m before rounding off the competition with a terrific last leap, 5cm further than her best at London 2017.

Breen’s victory took Wales’ GC2018 gold medal tally up to three – and eighth overall in the medals table - with seven more days of competition to come.

The athletics schedule for Monday (9 April) includes the women’s javelin F46 final where Wales could well add yet another gold medal through reigning world and Paralympic champion Hollie Arnold.

The 23-year-old leads the rankings this year but can expect to be pushed all the way by her great rival, New Zealand’s Paralympic and world silver medallist Holly Robinson.

Also on Monday are the heats of the men’s and women’s 1,500m, T54 featuring home favourites Kurt Fearnley and Madison de Rozario, and the men’s 100m T38 final where Australian world champion Evan O’Hanlon will be hoping to sign off his remarkable career with one more major title.

Meanwhile Trinidad and Tobago’s Akeem Stewart has made it through to the final of the men’s able-bodied shot put competition. The 25-year-old, who won shot put and javelin F44 gold at London 2017, threw a season’s best 19.12m in Sunday’s qualifying.