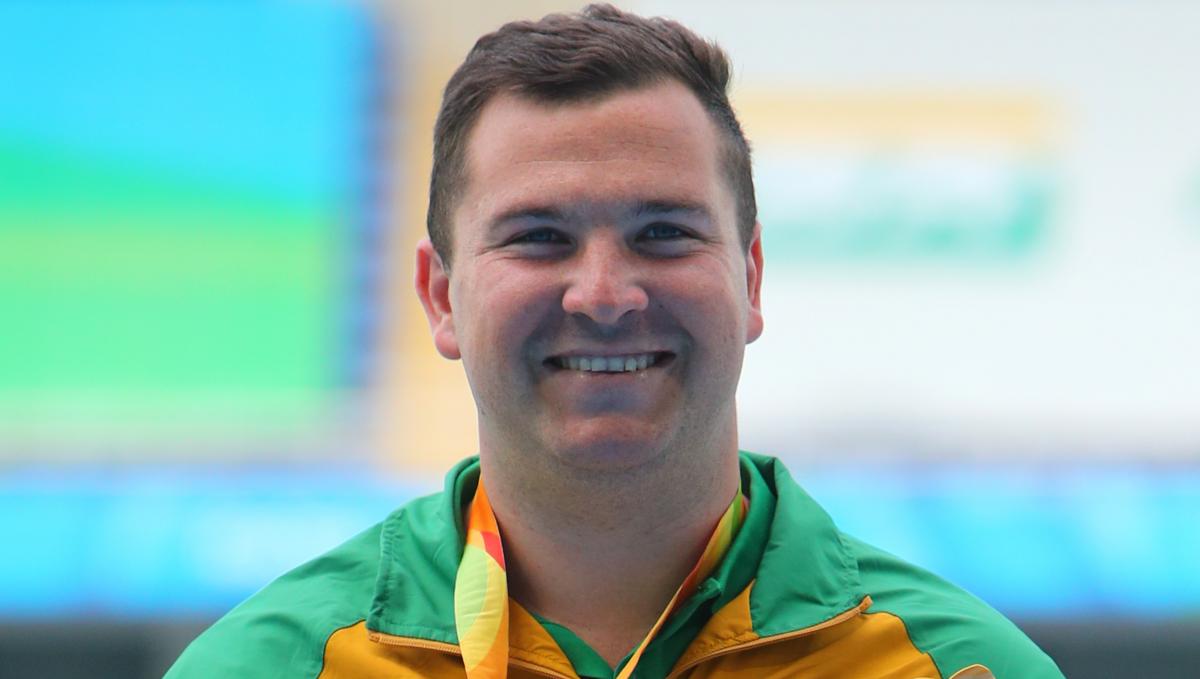 “Up until our team announcement was made they had no clue I was even considering the Commonwealth Games, so it was a big surprise to them. At that point they were looking at an Australian one-two-three so now someone is going to have to fight for the third place!"

South African Reinhardt Hamman is hoping to gatecrash the Australian party when he lines up at the Commonwealth Games on the Gold Coast this month (11 April).

“Up until our team announcement was made they had no clue I was even considering the Commonwealth Games, so it was a big surprise to them,” explained Hamman, who won silver in the javelin F38 at last year’s World Championships.

“At that point they were looking at an Australian one-two-three so now someone is going to have to fight for the third place!

“For me it’s just about putting the pressure on them – and hopefully if I put enough pressure they are going to buckle. I get along so well with the three boys it’s going to be really nice to compete against them.”

Hamman will also travel to Australia with his camera. A keen photographer, last year he was nominated for the ‘Photographer of the Year’ award at the South African Sports Awards.

“My coach and I have already come up with a game plan when I can and can’t take photos,” explained Hamman.

“Two days prior to the shot put competition, the camera will be put away and all the final preparation and focus will take place, then afterwards I can take as many photos as I like.

“It’s such a nice escape from competing and having to constantly focus on your event. I can see the Paralympic Movement through a different perspective.”

Prior to winning silver at London 2017, Hamman won Paralympic javelin F38 gold at Rio 2016 and back-to-back world javelin titles in 2013 and 2015. Although shot put may not be his first choice, he is pleased to have the opportunity to throw once again.

“It is quite a nice change of scenery to be doing the shot again, because I last did shot [put] in Doha [2015 World Championships] where I won the silver medal, so it’s definitely a nice change. It’s just a lovely event to showcase raw power.”

In fact, he won his Paralympic title despite suffering a bipartite patella, “which basically means that my knee cap was in two. I was in the worst pain of my life,” recalled Hamman.

“In the third round I walked over to my coach and said I need to stop, I can’t continue any longer. He said to me, just stop moaning and carry on, so we carried on and pushed through and took the gold.”

Knee surgery and months of rehabilitation followed his win in Rio de Janeiro, until February last year when the South African finally started throwing again. But his luck ran out at London 2017 when he suffered a back spasm before his event.

“Up until midnight the night before my competition I was on the verge of withdrawing, because I couldn’t walk at all,” explained Hamman.

“If I’d never had the back spasm it would’ve been a different story altogether. But I had it, and the Paralympic spirit is so strong in me that I fought through it. I’m honestly grateful for the silver medal.”

Now, back to full fitness and more determined than ever, the South African is aiming for the podium.

“Everything is definitely going according to schedule. From our last national championships last year, I ended the year in sixth or seventh place worldwide - and that was terrible for me. I’m now two metres up from that,” he said.

That is maybe not what the Australian trio wanted to hear.