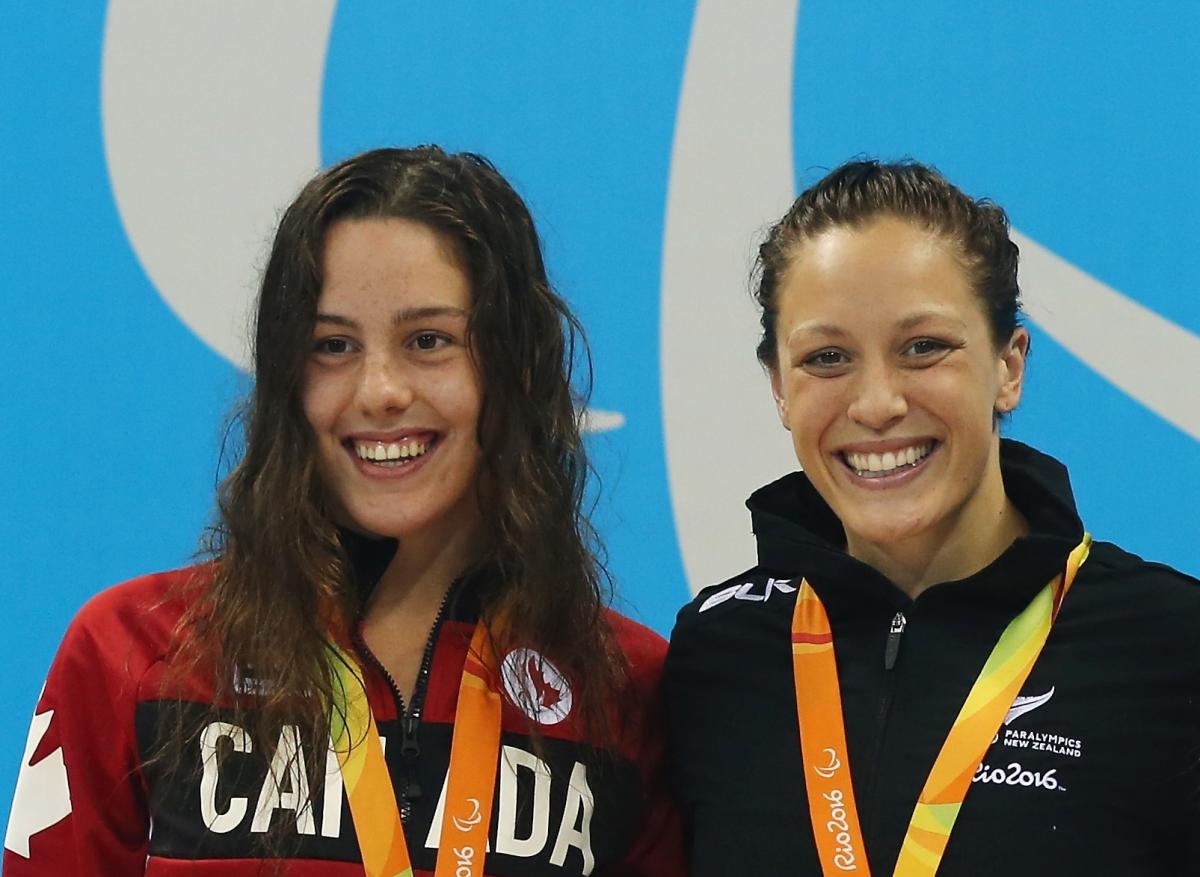 One of Para swimming’s biggest rivalries will renew at the Gold Coast 2018 Commonwealth Games, which run from 4-15 April in Australia.

New Zealand’s Sophie Pascoe and Canada’s Aurelie Rivard will headline the women’s 200m individual medley SM10, which will be contested on Saturday (7 April) and is one of 12 Para swimming events to take place.

The two last went head-to-head in the event at the Rio 2016 Paralympic Games, where Pascoe successfully defended her title for the third time; Rivard took the silver medal.

Pascoe will also take on the 100m breaststroke SB9.

A group of other Paralympic and world championship medallists will also star in the Gold Coast pool.

Australia’s Tiffany Kane will try to grab medals for the host nation on the opening day of swimming competition.

Kane captured six medals in Rio on her Paralympic debut, and will be one to watch in the women’s 50m butterfly S7 which kicks off the competition on Thursday (5 April). She will also contest the 50m freestyle S8, having taken bronze in both events at Rio 2016.

Canada’s Katarina Roxon will take on three events, including the 100m breaststroke SB9; she won Paralympic gold in Rio in the SB8 class.

In the men’s events, South African Christian Sadie is coming off a successful World Championships in December in Mexico City.

In his first major international competition, the 20-year-old took home three silver medals and just missed the podium in two other events. But it was a promising showing for Sadie as he takes on the 50m freestyle S7, which he finished runner-up in at Mexico City 2017.

Home favourite Daniel Fox will try to defend his Commonwealth Games title in the men’s 200m freestyle S14, an event he saw a bronze in at Rio 2016 and silver from London 2012.

But Team England will cheer on 19-year-old Thomas Hamer in the 200m freestyle S14. It was Hamer who bumped Fox to bronze at Rio 2016.

Paralympic medallist Brenden Hall is another star for the host nation, being a strong favourite in the 100m freestyle and backstroke S9, which he captured silver and bronze respectively in Rio.

Athletics
Josh George: The Inside Track on Gold Coast 2018