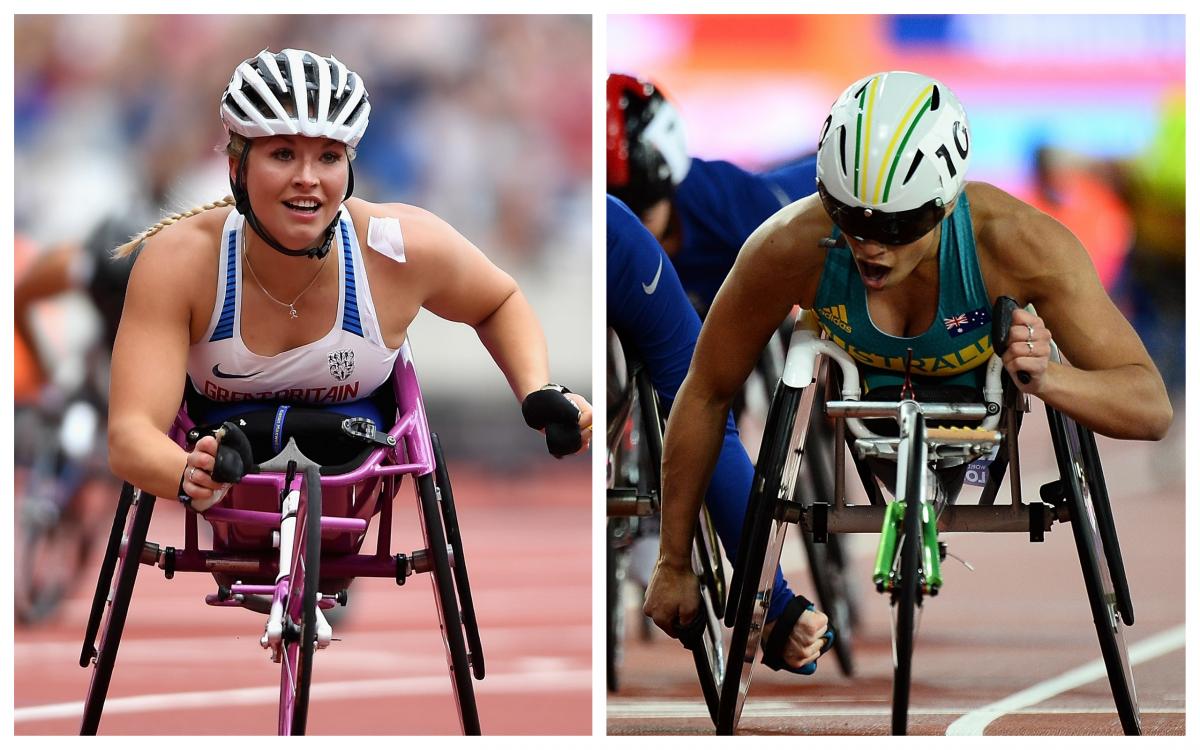 “It’s a bit scarier – I’m now going with that added pressure of people expecting me to win and that’s completely different.”

For wheelchair racer Sammi Kinghorn, the chance to pull on the Scottish vest again was an opportunity she couldn’t resist – even if it does mean racing 26 miles further than she is used to.

The 22-year-old sprinter will line up in the marathon at the Commonwealth Games in Australia on Sunday 15 April with the memories of Glasgow 2014 - the last time she represented Scotland – still fresh in her mind.

“It was amazing. I struggle now to say it was the best experience of my life, because London 2017 was amazing, but for me Glasgow means a lot,” explained Kinghorn, who won her first world titles – 100m and 200m T53 gold – at London 2017.

“I think for any athlete, the reason they do sport is because they want to represent their country. I just love competing for Scotland and just wanted to do it again.”

Racing in Glasgow four years ago also marked a return to the city where Kinghorn spent six months in hospital after fracturing her spinal cord in an accident on her family’s farm in 2010.

“It was where my whole new life started,” acknowledged the Scot, who will also race the 1,500m T54 in Australia.

“It was my first ever major competition too, and my first vest – I hadn’t got a GB vest yet. It was just an amazing feeling going in to a stadium with 50,000 people singing, knowing your friends and family are all there holding the Scotland flag.”

Now Kinghorn faces a different task – racing long distance on the other side of the world, with the expectations and attention that her new-found status as a world champion, a world record holder and the title of ‘Scottish Sportsperson of the Year’ brings.

“It’s a bit scarier – I’m now going with that added pressure of people expecting me to win and that’s completely different,” admitted Kinghorn, who heads to the Gold Coast with just one marathon under her belt - she finished fifth in Chicago (USA) last October, clocking 1:43:52.

One of her biggest rivals will be home favourite Madison de Rozario, the 5,000m T54 gold medallist at last year’s World Championships. The Australian also takes on both the 1,500m and marathon, while her teammate, former 200m and 400m T53 world champion Angie Ballard, goes in the 1,500m – the event she won at the Glasgow 2014 Commonwealth Games.

“They are very good and I respect them both as athletes, they are really strong and they’ve been doing it for a long time. In the longer distances when it’s coming in to packs and tactics, they know it a bit better than I do,” said Kinghorn.

“Being a home Games too they are not going to let anyone get in their way. I appreciate that – I’ve had my home Games and I know what it’s like to feel that pressure of the crowd and everyone watching you, but I’m there to give them a fight.”

De Rozario missed out on competing at the 2014 Glasgow Games after suffering deep vein thrombosis - she never made it to the track but spent time in hospital instead.

“I’m really excited about it – I’ve never competed in front of a home crowd before and I’ve heard so many amazing things, mostly from the British athletes coming out of London 2012,” explained the 24-year-old.

“The marathon is definitely something I’ve wanted to step up to for a long time. I gave it a shot in 2013 but with so much track racing going on I had to switch my priorities back.

“But with it being at a Commonwealth Games it was such a great opportunity for me to completely capitalise on that and I definitely want to race more on the road. It’s an entirely different sport and opened up a whole new world of wheelchair racing which I love.”

De Rozario feels “fairly confident physically over the distance,” helped by the expert knowledge of her coach Louise Sauvage, a multiple Paralympic champion and one of the world’s greatest ever wheelchair marathon racers.

As for Kinghorn, de Rozario believes the Scot could pose a real threat.

“Sammi’s going to be a very serious contender. Her Chicago marathon was an amazingly fast marathon for a first ever shot at 42km. It was very quick and I was incredibly impressed.

“She is so strong on the track and has such good sprint on her, she could definitely have a very solid run on the track as well.”

Table Tennis
Gold Coast 2018: Get ready for the Commonwealth Games