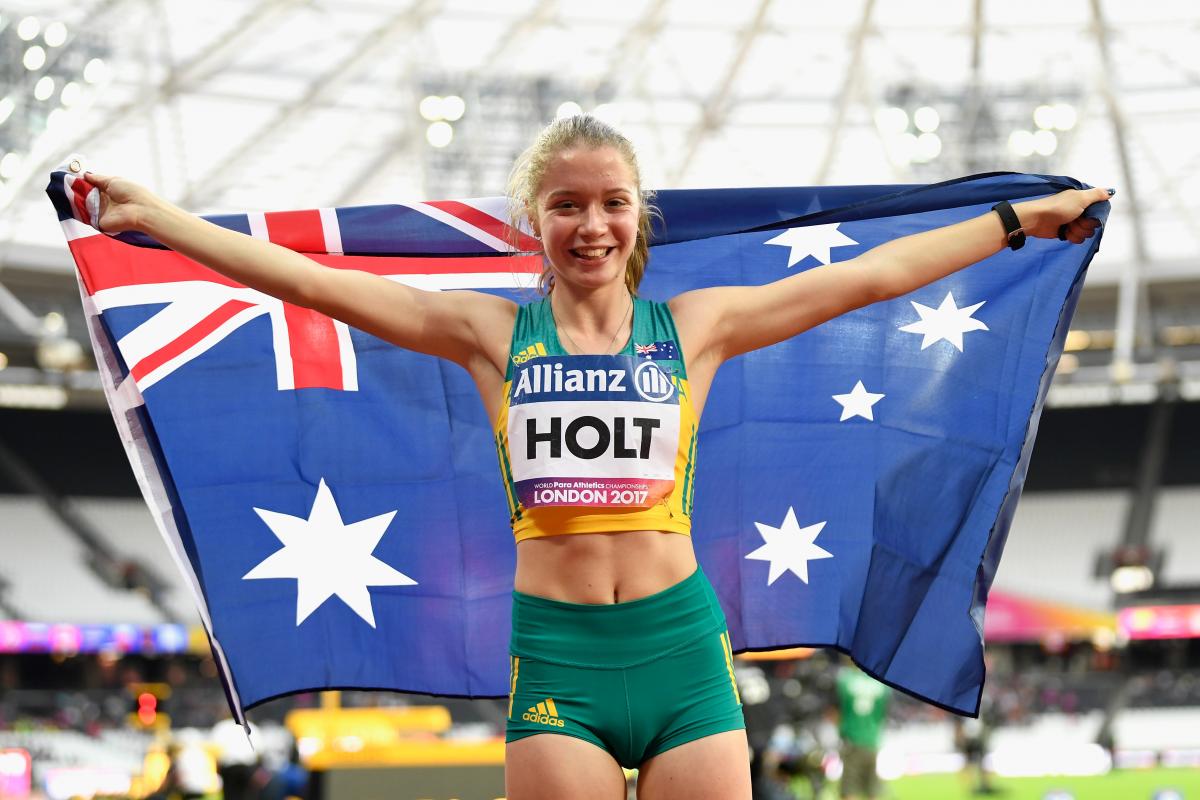 Isis Holt heads into Gold Coast 2018 as a world champion

“I know that I really enjoyed the crowds in London and having the same again but filled with Aussies I think will be special. I think it’s the crowd that I am most excited about for these Games. The idea of running in front of a cheering Aussie crowd is so exciting."

It is the end of term and the start of the school holidays. Two weeks of relaxation; time to spend with family and friends, to unwind and relax – maybe catch up on some sleep.

Unless, that is, you are Isis Holt.

The 16-year-old schoolgirl will line up on the Gold Coast next week (11 April) bidding to win her first Commonwealth title in the 100m T35.

“The Commonwealth Games actually fall perfectly over the school holidays and I return home the weekend before term two starts,” explained Holt, who is a pupil at school in Melbourne.

“So although I miss some holidays I don’t have to miss any school. There is a bit of work I’ll need to do while I’m away, but my teachers are great and really understanding about it.”

Holt may be one of the youngest members of the Australian squad set to compete at the Gold Coast this month, but racing – and winning – on the big stage is something she is already well accustomed to.

Most recently, she stormed to double gold at the London 2017 World Championships, winning both the 100m and 200m T35, with a new world record in the shorter sprint.

Now the teenager is determined to put what experience she has to good use.

“Going into this event I know that I am fitter, stronger and smarter in how I race and prepare and that is always comforting,” said Holt, who will line up against a field including Scottish sprinter and world and Paralympic bronze medallist, Maria Lyle.

“I know that I really enjoyed the crowds in London and having the same again but filled with Aussies I think will be special. I think it’s the crowd that I am most excited about for these Games. The idea of running in front of a cheering Aussie crowd is so exciting.

“Especially knowing that I will have friends, family, training partners and teammates there all to support me it is really motivating and just the thought of it makes you want to run fast!”

She has already progressed even further this year. At the Australian Athletics Championships in February, Holt knocked 0.06 seconds off her own world record, clocking 13.37 seconds to claim her first national title.

One month later she was at it again, lowering her best by a further 0.01 seconds at the Australian Junior Championships.

Now Holt has the chance to race in to the record books in front of a home crowd, and it’s an opportunity she relishes.

“The progress this year has been wonderful and having the opportunity to potentially improve where I’m already at is of course the goal,” added Holt.

“More than anything I think it will just be a really exciting opportunity to compete in front of a home crowd. The support I have from friends and family is great and it’s more encouraging than pressurising.”