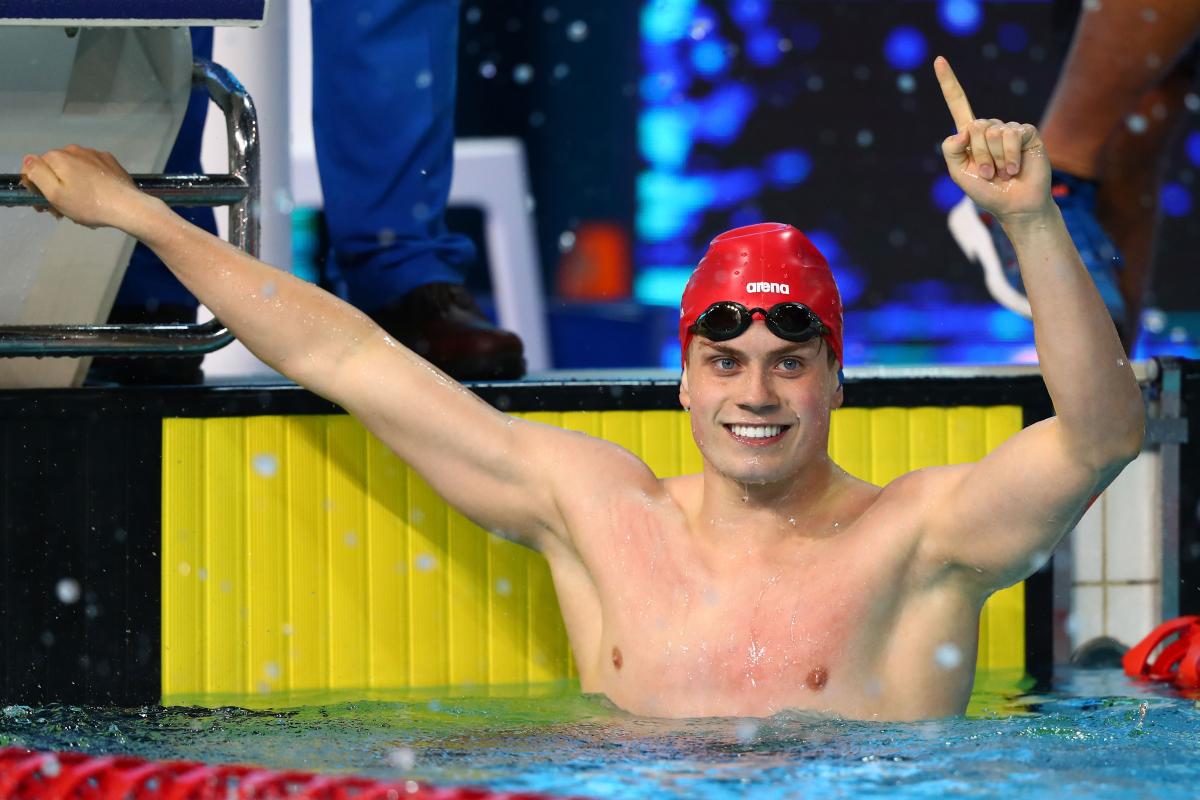 England made a golden start to the Para swimming programme at the Gold Coast 2018 Commonwealth Games with a huge medal haul in the opening events in the pool.

Thomas Hamer impressed in the first event on Thursday (5 April), storming home to victory in men’s 200m freestyle S14 in a world record time of 1:55.88*.

What makes the performance even more impressive was the fact Hamer was the fourth fastest in the heats that morning.

Hamer eased his way through that swim with a 2:01.08, more than five seconds slower than the time he posted in the final.

The night got even better less than five minutes later, when 16-year-old sensation Eleanor Robinson clinched gold in the women’s 50m butterfly S7 to continue Team England’s dominance in the pool.

Robinson (35.72) got off to a slow start but finished strongly to overtake Canada’s Sarah Mehain (37.69), who claimed silver.

“We're swimming with athletes. This is like how singers go to concerts,” Robinson said after the race.

“This is how they showcase their talent and I like having those big crowds so I can show people what I can do”.

Alice Tai made it three from three for England with a dominant display in the women’s 100m backstroke S9 on Friday (6 April).

The world record holder in this event touched the wall in a time of 1:08.77, finishing well clear of Australia’s Ellie Cole (1:11.51), with Ashleigh McConnell securing the bronze for Australia with a 1:15.93.

The only gold medal not won by England was the men’s 100m freestyle S9.

Australia’s Tim Disken backed up his victory in the same event at Rio 2016 with gold in front of his home fans at the Commonwealth Games.

Disken trailed at the halfway mark, but showed his class in the second 50 to finish in a time of 56.07.

Englishman Lewis White secured the silver medal in 56.77, while Australian Brenden Hall (57.90) joined Disken on the podium with the bronze.