Madison De Rozario surprises herself with win in London 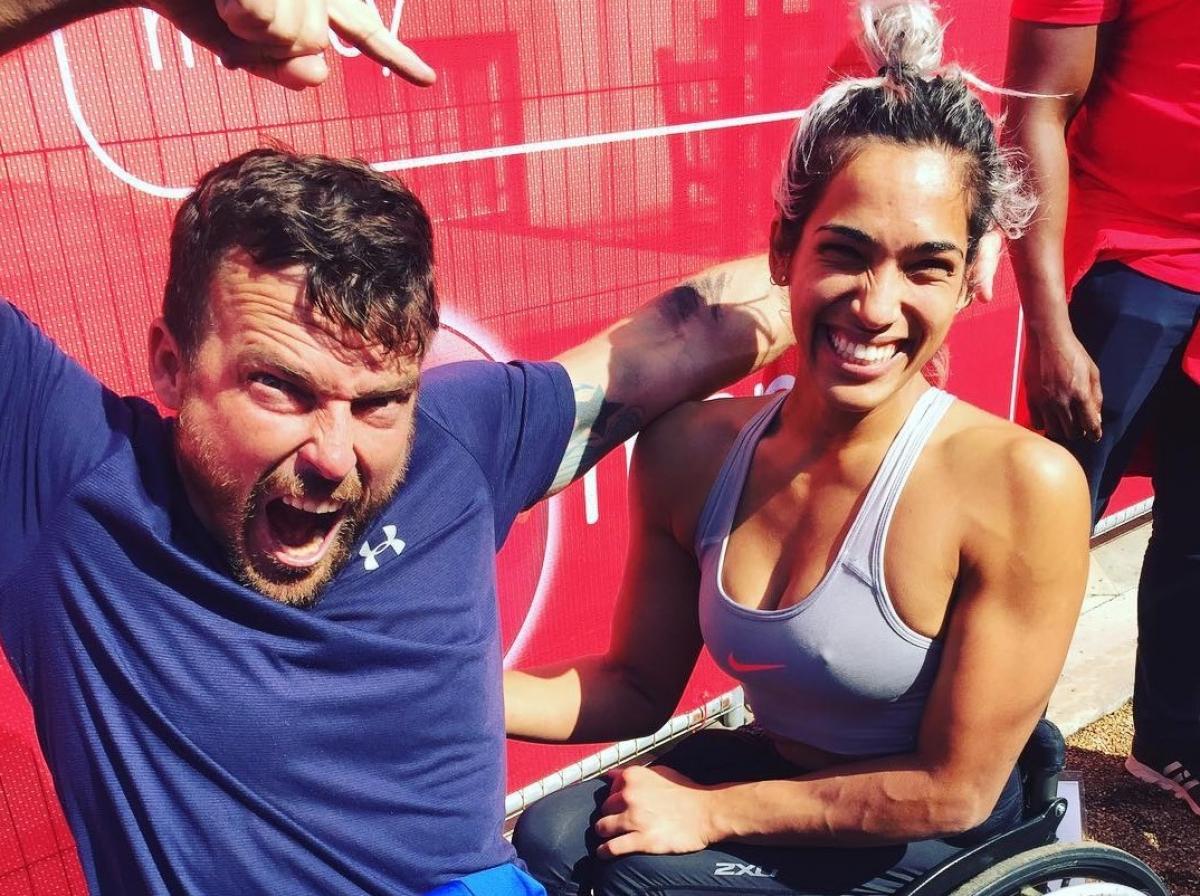 It was only de Rozario’s second race in the British capital, having last competed here in 2013, and her tremendous achievement was clearly taking time to sink in.

“I’m very surprised, incredibly!” said de Rozario, who had been in the leading pack for the entire 26.2 miles before pushing clear of her rivals down The Mall.

“It gets quite narrow before it turns (round the final bend) and I was thinking if I could get there first there was a small chance, and I just sprinted for the opening.”

One week ago de Rozario was cheered to Commonwealth marathon T54 gold in Australia’s Gold Coast (in a double marathon T54 gold for the hosts alongside Kurt Fearnley), and the 24-year-old believes that win provided a massive confidence boost at just the right time.

“Comm Games was incredible,” said the Sydney-based wheelchair racer. “Just physically doing the 42km felt a lot easier after doing it last weekend and knowing that my body is happy to do it.

“Then you throw in the competitive part on top of it and I had a bit more confidence going in, knowing that I could stay and that I could maybe sprint finish.

“The other four women are all so strong – Manuela has been incredible and obviously Tatyana is Tatyana. So I think having confidence going in to that final sprint is definitely something that I had when it came down to it.”

After winning in London twelve months ago, David Weir had been unsure whether to continue racing on the roads – he retired from the track after Rio 2016 – but it was clear the Briton had made the right decision when he sprinted to the line in 1:31:15.

“I think I raced a perfect race to be honest. I just feel great. I feel like I’ve got the buzz back for the sport and I feel amazing,” said Weir, who had spoken about the depression he suffered last year which prevented him from feeling able to celebrate his 2017 win.

Weir had only raced one marathon in the last twelve months – he suffered a puncture at 21 miles in Paris eight days ago – but the break from racing had not diluted his desire to compete.

“Mentally and physically I felt better coming into this. I had a lot of time out and there was a lot of deep thinking, and being on my own, and deciding what I want to do with life and with racing,” he continued.

“At the beginning I thought, am I going to do it, that was going through my head a bit but once I lifted my visor up and got a bit of air I was a lot better. It was just adrenaline and nerves.”

Weir has now set his sights on the next Abbott World Marathon Majors Series, which begins in Berlin (Germany) in September.

“Now my head’s clear, I’m enjoying the training again, and the racing. I know what I’m capable of and I’m going to do the rest of the marathons in the autumn as well and race the guys,” added the 38-year-old.

“I’m just enjoying life to be honest, and I think that’s what’s helping.”

Paralympic champion Marcel Hug, who won in Boston (USA) six days ago, had to settle for second place (1:31:15), admitting that the race was tough.

“I tried everything so that we don’t come to the final sprint because I knew that if David was in the pack it would be very difficult,” said Hug, who won in London in 2014 and 2016.

“I tried many times to attack but it didn’t work. There was a big pack and every attack I did someone was able to come back. It was my mistake (at the end) because on the left was Daniel (Romanchuk) but then David came on the other side and it was too late to speed up.”

American Romanchuk led in the closing stages before being passed in the final metres, finishing third in 1:31:16. At just 20-years-old, he will be a face to watch out for in the future.