Eduardo Dutra set to make his Paralympic debut in Rio 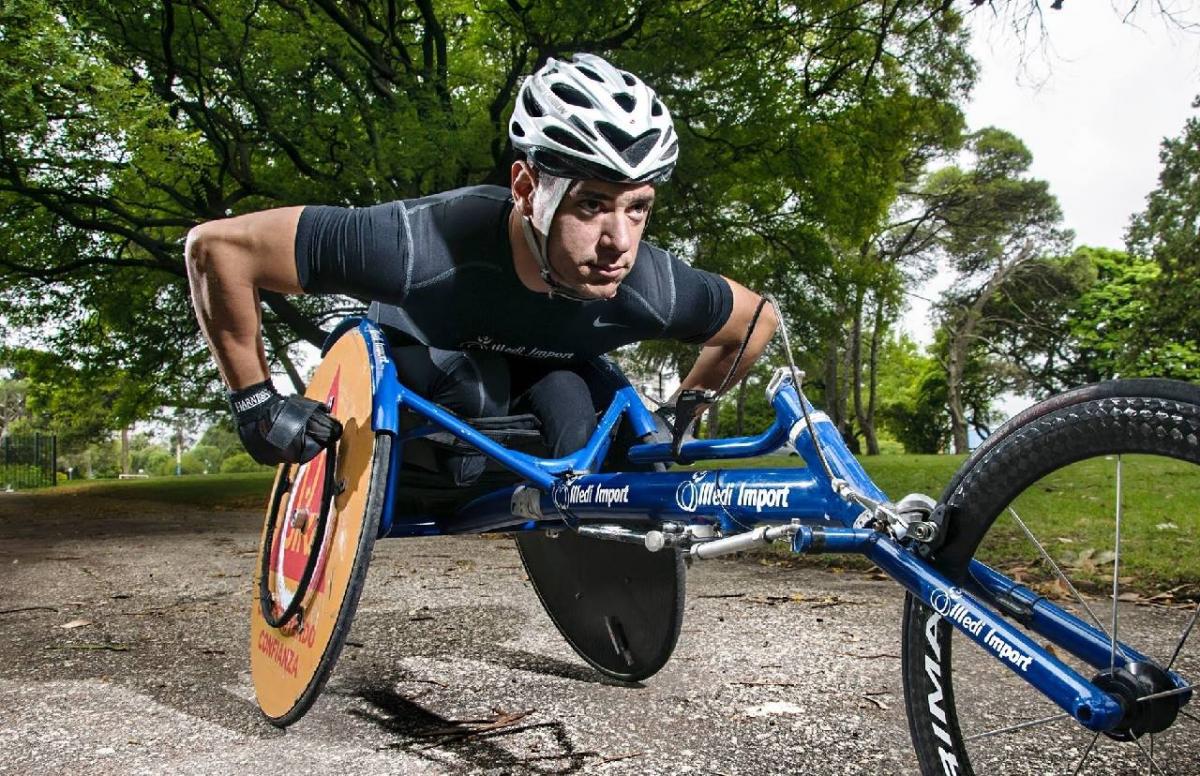 Sometimes Eduardo Dutra is not allowed to take a bus or a taxi in his home city Montevideo, Uruguay, due to drivers’ ignorance and intolerance towards disability.

But the T54 wheelchair racer believes that situation might change after competing at Rio 2016.

This will be the first Paralympic Games for the 33-year-old, who two years ago took part in the Santiago Para South American Games, finishing fourth in the 200m, 400m and 800m T54.

“I am not a violent person at all, but admit I feel boiling blood rushing up to my head when I am not allowed to take a bus or a taxi,” said Dutra.

“I feel powerless and angry when that happens, but hopefully people with impairment in Uruguay will be viewed differently after Para athletes showcase in Rio what we are capable of doing.”

Winning a Paralympic medal seems hard to achieve for Dutra, who will participate in the 100m and 400m T54. He has never run under 16 seconds in the former, whilst USA’s Erik Hightower finished eighth in the final at the Doha 2015 World Championships with a time of 14.47.

In the 400m T54, Dutra has yet to go under 57 seconds, while all 24 competitors at last year’s World Championships ran under 53 seconds.

But the Uruguayan insists that reaching the Paralympic podium is not crucial in order to change perceptions in his country.

“If I perform and represent Uruguay the best I can, even without winning any medal, I can still inspire people to pursue their dreams and show them that everything is possible,” said Dutra, who had both legs amputated due to a congenital anomaly.

“We need more people with impairment taking up sports, but we have to give them the resources they need.

“In Latin America we have lots of really talented athletes who are neither well known, nor receive the financial support they need to develop a sporting career, because football is the sport that draws everyone’s attention.

“Because of their proximity and the growing coverage, these Games will be important in showing people that there are other great athletes they do not know about who can achieve great things.”

Dutra happily recalls the moment he received a bipartite invitation to compete at September’s Paralympic Games.

“I had tears in my eyes because I knew I was going to fulfill a lifetime dream,” he said.

“I wanted to qualify for Rio 2016 and not wait to get an invitation, but I am still going to enjoy this wonderful experience a lot.”