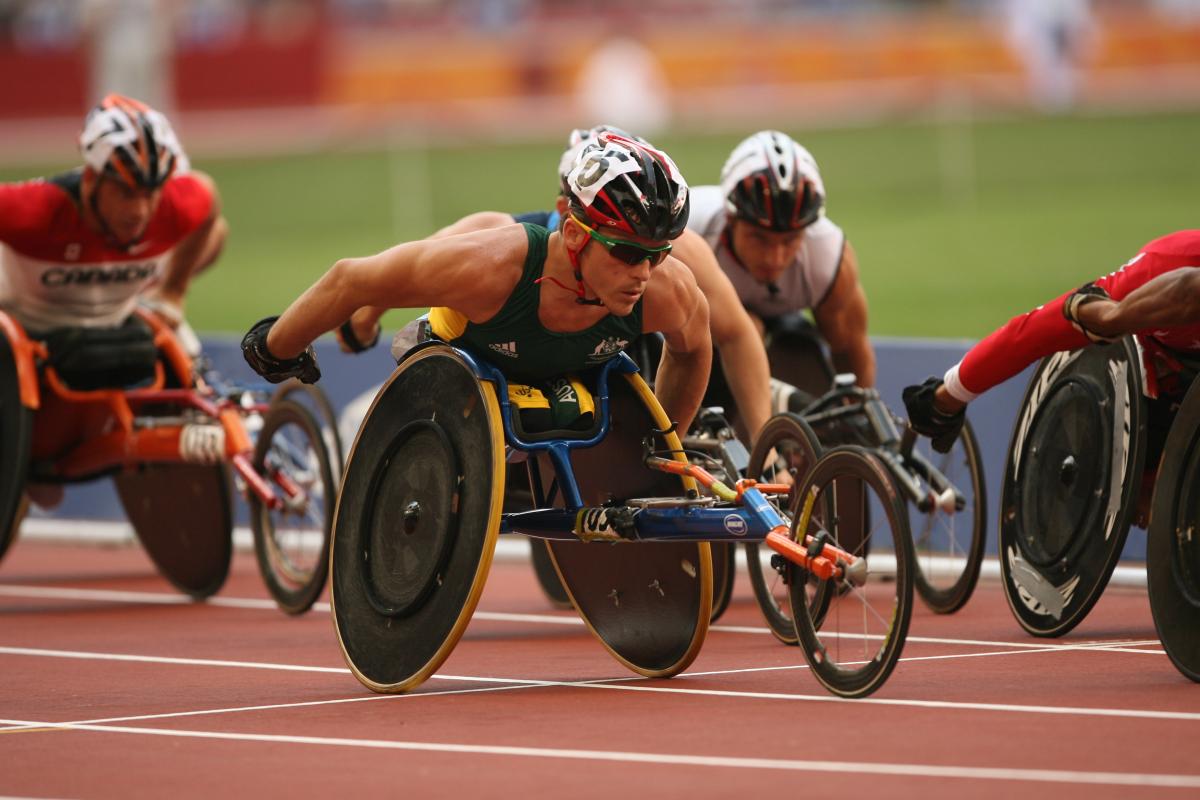 Kurt Fearnley has begun his Paralympic year with a bang after securing victory at the Oz Day 10km wheelchair race in Sydney today.

Fearnley crossed the line in 20.24, setting a new course record to capture his eighth consecutive win in the annual Australia Day race.

He believes today will set the tone for what is set to be a blockbuster year for the three-time Paralympian.

“We were going pretty quick. It was head down and I knew that time was achievable if I got on my own and got some pace about. It’s a nice way to start the year,” said Fearnley.

Having recently been part of the winning crew in the Sydney to Hobart Yacht Race onboard super-maxi Investec Loyal, racing back on dry land was welcome relief for the 30-year-old.

“I knew it was going to be wet today and I sat at home and was honestly thinking about those waves crashing over Loyal. It was much wetter out there and we did our job and I thought today, I’ll get out there and if it’s spraying up in my face, I usually hate racing in the wet but I was fired up this morning.”

Fearnley took an early lead in the first 100m with Canadian rival Josh Cassidy close behind for much of the first lap of the 10km course. The marathon man was confident of the win but was pushed all the way by Cassidy before breaking away in the final straight to win in record time, shaving 0.08 off his previous course record set in 2008.

In his first road race since coming second in last year’s New York Marathon, Fearnley put on a show for the home crowd and finished ahead of Canada’s Josh Cassidy (20.53) and New Zealand’s Matthew Lack who came in third (21.36).

With the London 2012 Paralympic Games now just over six months away, the two-time defending Paralympic marathon champion now turns his focus to the Boston Marathon as part of his Paralympic training before heading to London, where he hopes to win a third gold medal and defend his marathon title.

“Next now is to sit down with Dawesy my coach and finalize plans for what looks like the Boston Marathon in April and then everything’s leading into London 2012,” he said.

“The idea of trying to take one really good hit out in Boston is something that needs to be done. I’ve never won Boston. And then it’s full steam ahead for London.”

In London it is likely he will again face the likes of Cassidy as well as Great British arch rival David Weir, Switzerland’s Marcel Hug and Japan’s Masazumi Soejima in one of the most hotly contested events of the Paralympic Games – the wheelchair marathon.

In the women’s race Australian youngster Madison de Rozario crossed the line first in 25.01, followed by Shelley Woods of Great Britain (25.02) and Australian Angie Ballard in third (25.17). Both De Rozario and Ballard are coached by Australian Paralympic legend Louise Sauvage. 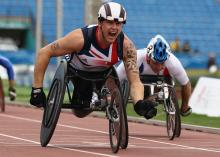