On one of the fastest tracks in the world for wheelchair racing, athletes produced some sensational times. 26 May 2017
Imagen 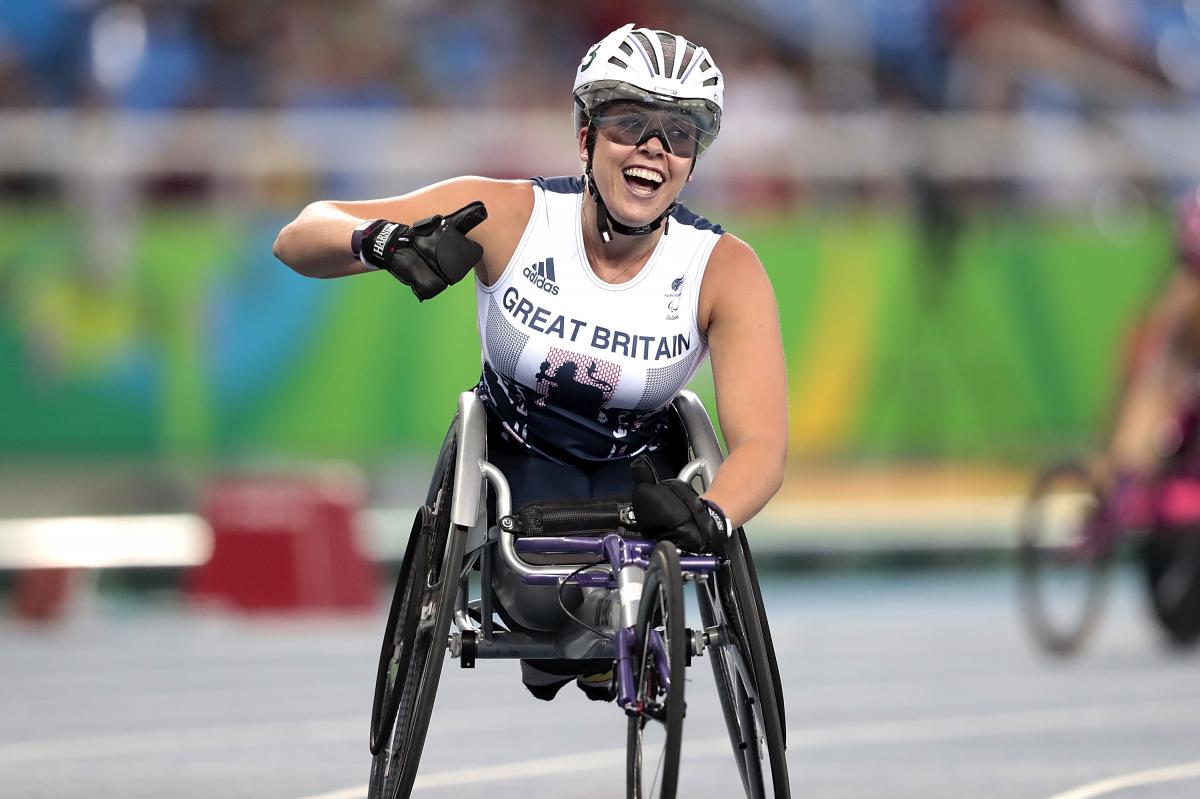 Hannah Cockroft of Great Britain celebrates the victory in the Women's 400m T34 final at Olympic Stadium on day 7 of the Rio 2016 Paralympic Games.

A phenomenal eight world and 22 regional records fell in just one day of competition at the Daniel Jutzeler Memorial meeting in Arbon, Switzerland on Thursday (25 May) as Para athletes gear up for July’s World Championships.

Great Britain’s Hannah Cockroft smashed two of her own world records – including the 100m T34, a mark which the 24-year-old had been determined to lower for some time.

Cockroft’s time of 17.28 knocked 0.03 seconds off the record she set in nearby Nottwil three years ago.

There were two world records as well for US wheelchair racer Chelsea McClammer.

The double Paralympic silver medallist led the way home in the women’s 400m T53 race with a time of 53.32, more than one second faster than the time China’s Hongzhuan Zhou set on her way to winning Paralympic gold last year.

McClammer was in terrific form in the women’s 5,000m T53/54 too; her world record time of 11:02.40 was more than two seconds faster than the previous best set by fellow American Tatyana McFadden in Arbon two years ago.

A number of other British athletes joined Rowlings in breaking European records in Arbon.