Emotional scenes as Wells and Puch reign in Rio 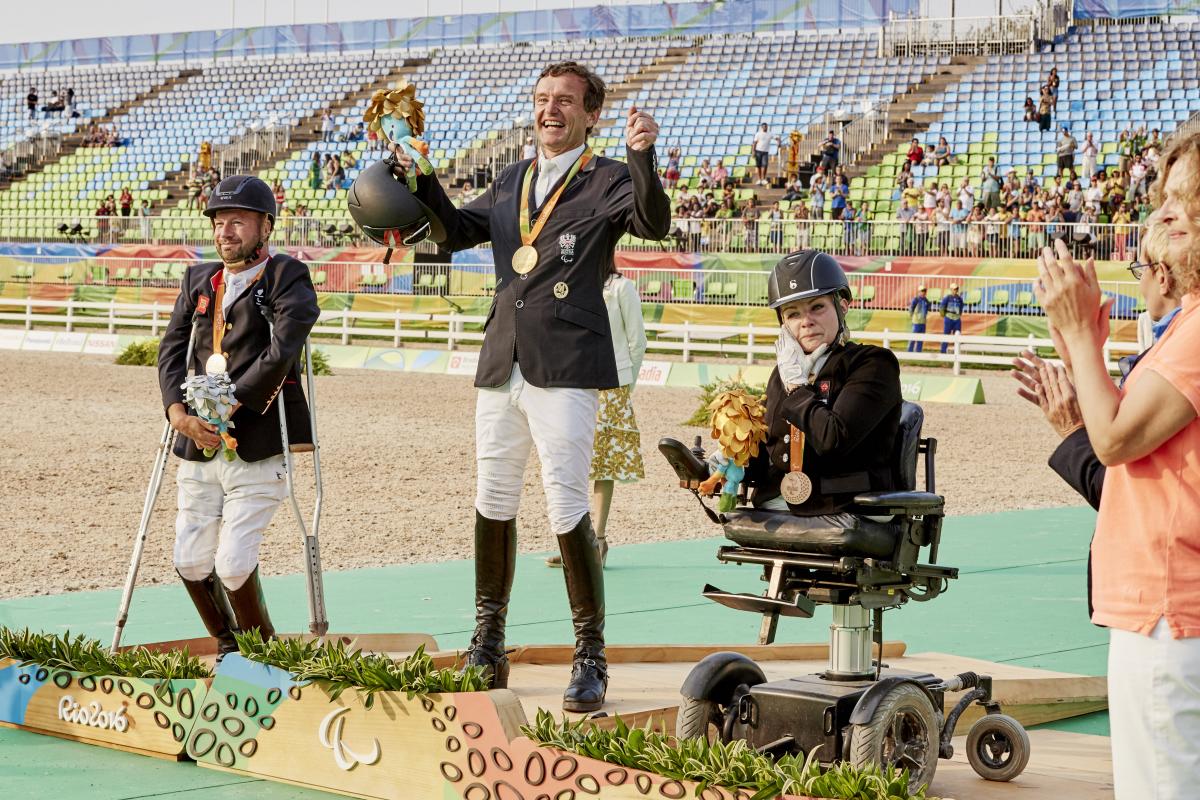 There were emotional scenes at the Olympic Equestrian Centre in Deodoro on Wednesday (14 September) as Austria’s Pepo Puch and Great Britain’s Sophie Wells were crowned the latest winners of the Rio 2016 Para dressage competition.

Wells, riding Valerius, scored 74.857% to finish just ahead of Belgium’s London 2012 winner Michèle George, with the Netherlands’ Frank Hosmar taking the bronze. The win comes after Wells lost out to George at both the London 2012 Games and the FEI World Equestrian Games in 2014.

“I’m crying a lot,” she said after collecting her medal. “It was pretty good. We couldn’t have given any more. I’m just so proud of him. We’ve worked really hard to get there.

“There are no words that can describe how I’m feeling right now. Definitely a sense of pride (in) my horse, my support team, and that we actually went and did it in the arena when it mattered. I can’t believe it. It brings back a little bit of what we didn’t get on Pinocchio in London and this is for him as well.”

George was clearly pleased with her silver but admitted to thinking she had won. “I’m not disappointed,” she said, “but I really don’t understand that I am second. I really had a great feeling. When I finished the test I felt, ‘yes, this was it’.

“Unfortunately, the five judges weren’t thinking the same as me. I’m really happy and I will be back next time, I can assure you.”

“He was really good and I was so happy. With the positive feeling comes the emotion and with the emotion it’s not easy to handle the movement in my body. He was helping me. We were working four years for this day. The first day of London was the first day of training for Rio.”

Fontainenoir is known at Puch’s home as Fondy Blondy. “He’s the blackest blond horse ever,” said Puch. “His ex-owner says he’s in the wrong body. He wants to be a dog and wants to be with you all the time.”

Pearson was also happy with his silver, his 13th Paralympic medal in a career that started back in Sydney 2000. “I think the best man won on the day,” he said.

“The standard is tough. It has been up to London and since then. My aim was to go home with a medal so I’m over the moon.”

There was a dramatic moment half way through the grade Ib competition when Canada’s Ashley Gowanlock fell from her horse after it bolted as they were leaving the arena. Gowanlock was assessed by the Rio 2016 medical staff and found to have no serious injuries before being transported to hospital for further testing as a precaution.

The individual Championship tests conclude on Thursday (15 September) with the grades II and Ia competitions. The overall team champions will be announced at the end of the day as well. Denmark currently lead that competition ahead of France and Australia, but with more riders from more teams due to ride, that could all change. 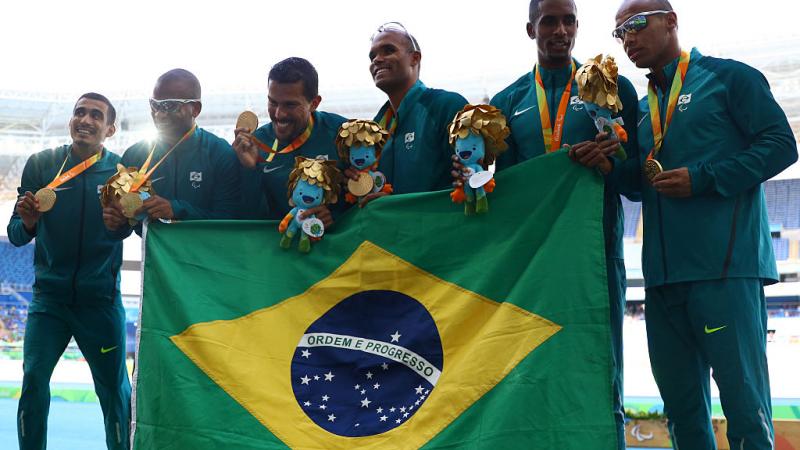 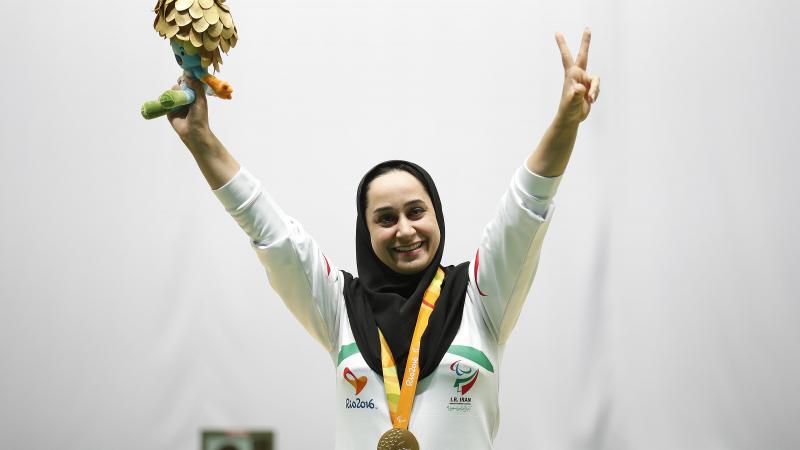