Erik Horrie the hero as rowing Worlds come to a close 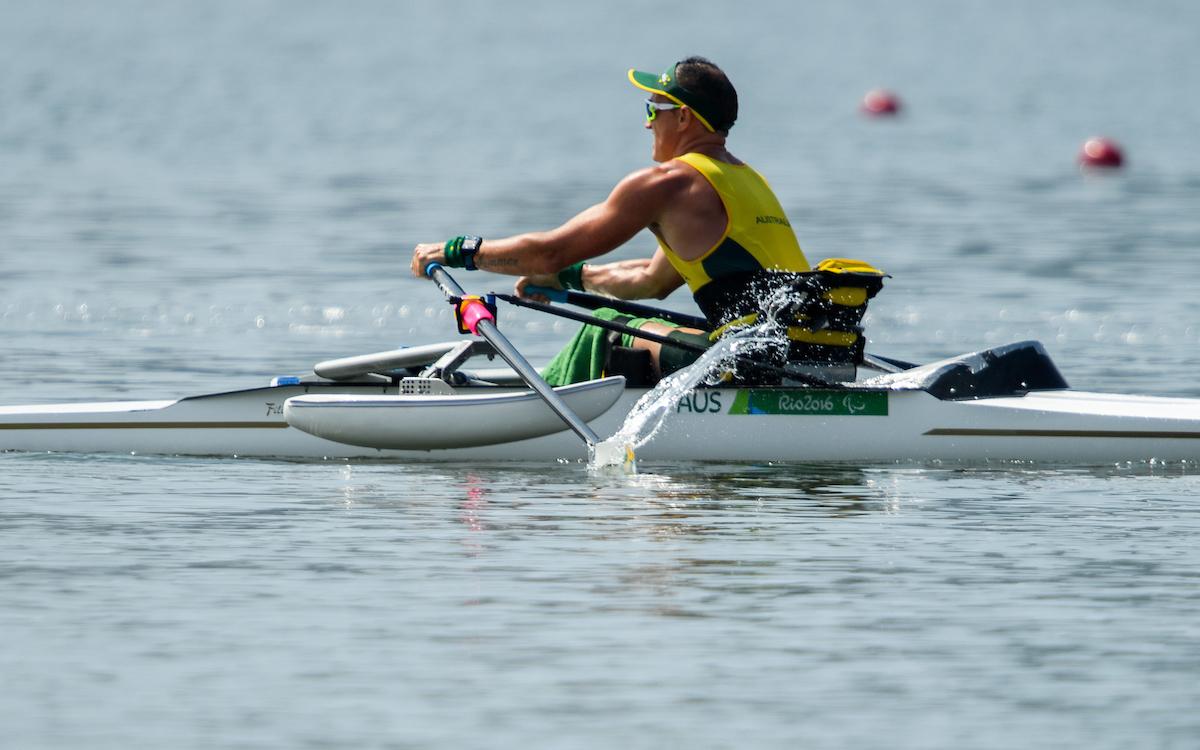 There was high drama at the World Rowing Championships with a last gap win in the men’s PR1 single sculls and a medal for the home crowd to celebrate in the PR3 mixed cox four.

The event in Sarasota-Bradenton, USA, concluded on Sunday (1 October) with the crowning of four world Para rowing champions over the new distance of 2,000m.

Paralympic champion Roman Polianskyi of Ukraine set a new world’s best time in the heats and he looked to be the one to beat in the final. But it was Russia’s* Alexey Chuvashev who got out the quickest. Reigning world champion Erik Horrie of Australia was right on the pace and these three athletes pushed away together at the head of the field. Polianskyi took the lead from Chuvashev but began to run out of steam, and in the final sprint Horrie overtook the Rio gold medallist to snatch the win.

“The field has really stepped up this season but the athletes have stepped up even more,” said Horrie.

“This was the hardest race of my life with Roman. Next season the differences will get even closer and closer.”

Polianskyi admitted he is still adjusting to the new race distance.

“It was a really hard race. I found the change to 2km quite quick. I haven’t been able to adapt to it just yet. There is more to come from me.”

Dual-sport Para athlete Birgit Skarstein of Norway has had a great season and it ended in emphatic style here. The Nordic skier has embraced the new race distance, crediting her winter sport experience for her increased stamina. She led from the start in the PR1 W1x final, with Israel’s Moran Samuel trailing in her wake. Skarstein comfortably took her second world title, with Samuel claiming the silver ahead of Germany’s Sylvia Pille-Steppart.

The Netherlands boat of Annika van der Meer and Corne de Koning won the preliminary race earlier in the week and in the final they were out in front right from the start. Poland was the early challenger before they started to fade and Ukraine took over in second. As the race progressed the Dutch duo managed to get further and further out in front, leaving a right royal battle to go on between Ukraine and Poland. At the finish the Dutch had recorded a new World Championship best time as well as winning a World Championship gold medal. Ukraine’s Iaroslav Koiuda and Iryna Kyrychenko won the tussle for second with Poland in third.

The crowd was loving this one. Chasing the Paralympic Champions Great Britain down the course was none other than the United States. Great Britain has dominated this boat class for years and the 2017 final was no different. Great Britain took off from the start and never looked back. As the race progressed they proved their superior power by moving further and further away from their competitors. But the USA had slotted into second and gave the crowd something to cheer about as they powered home to take the silver.