Fresh from winning gold at the Sao Paulo 2017 Youth Parapans, the 17-year-old powerlifter is now targeting success at the Worlds in Mexico City. 13 May 2017
Imagen 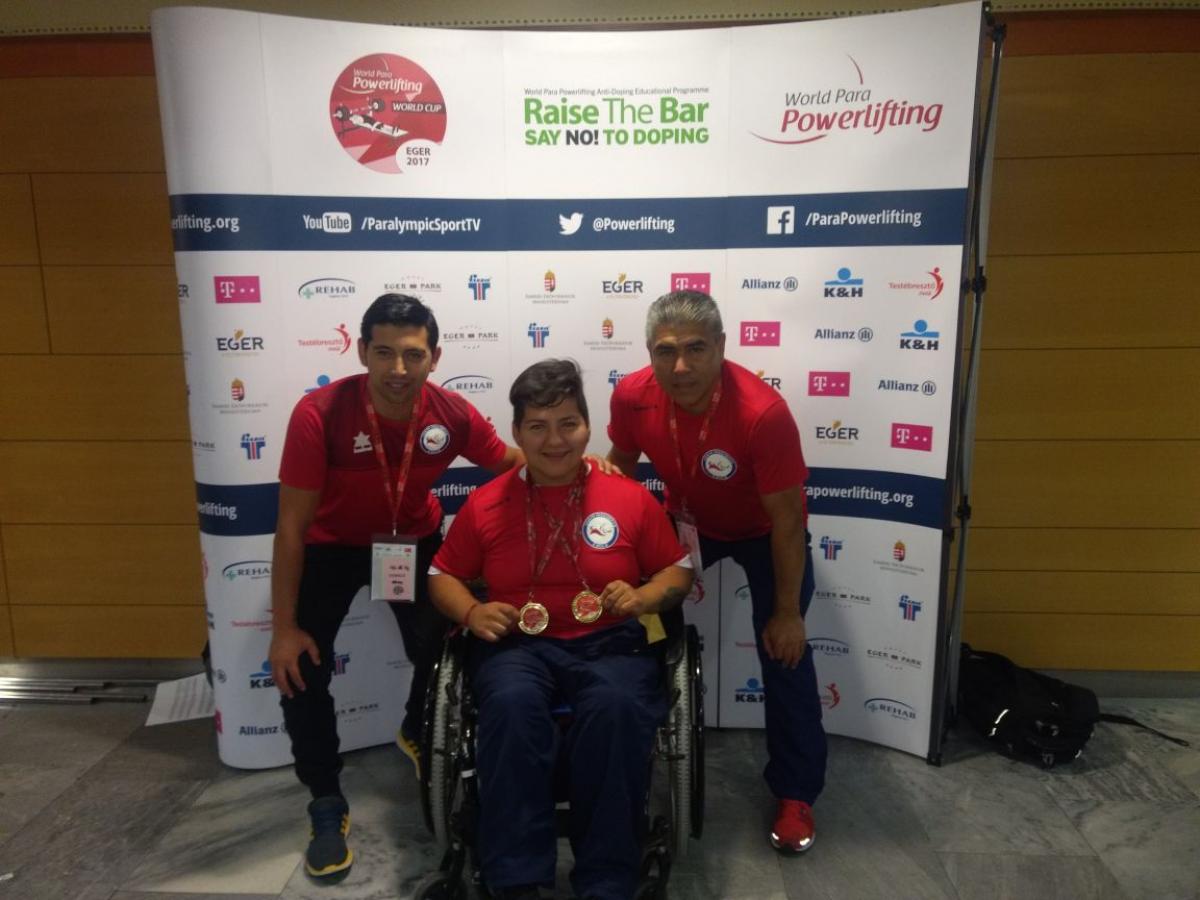 Powerlifter Marion Serrano is hoping her gold medal-performance at the Sao Paulo 2017 Youth Parapan American Games can act as catalyst for further success, especially in the lead-up to this year’s World Championships and the Tokyo 2020 Paralympic Games.

The Chilean took up the sport only two years ago, but has shown a rapidly improving form, also winning the women’s up to 79kg at the World Cup in Eger, Hungary, last week.

“The Youth Parapans were the best event I have competed at so far,” she said. “Winning that gold medal was very important for me because it was thanks to that title that I began to gain more confidence in me and my abilities.

“I was anxious, knew what I needed to do to perform well and was focused on giving my best to win.

“After that I had the chance to compete in Eger, which was great because it was my first event outside Latin America. I just wanted to set a new personal best, which I finally did. I know the the competition abroad is very stiff.”

With confidence but aware she still has a long path to follow until she becomes one of the world’s best, Serrano already imagines what it would be like to compete at the biggest powerlifting competition in the world.

“I am currently training very hard, many hours per day. I follow a study programme in secondary school that gives me time to do both things,” she said.

“My goal for Mexico 2017 is to better my performance from Eger and reach the podium in the junior category. My biggest dream is to win a medal. I know it is hard to achieve but if you make the necessary effort, nothing is impossible.

“After the World Championships, I will start focusing on the Lima 2019 Parapan American Games. I believe having competed at the Youth Parapans will be an advantage.

“And if I continue this process and everything goes well, of course I would like to compete either at Tokyo 2020 or at any other Paralympic Games. There is nothing bigger than that for an athlete.”