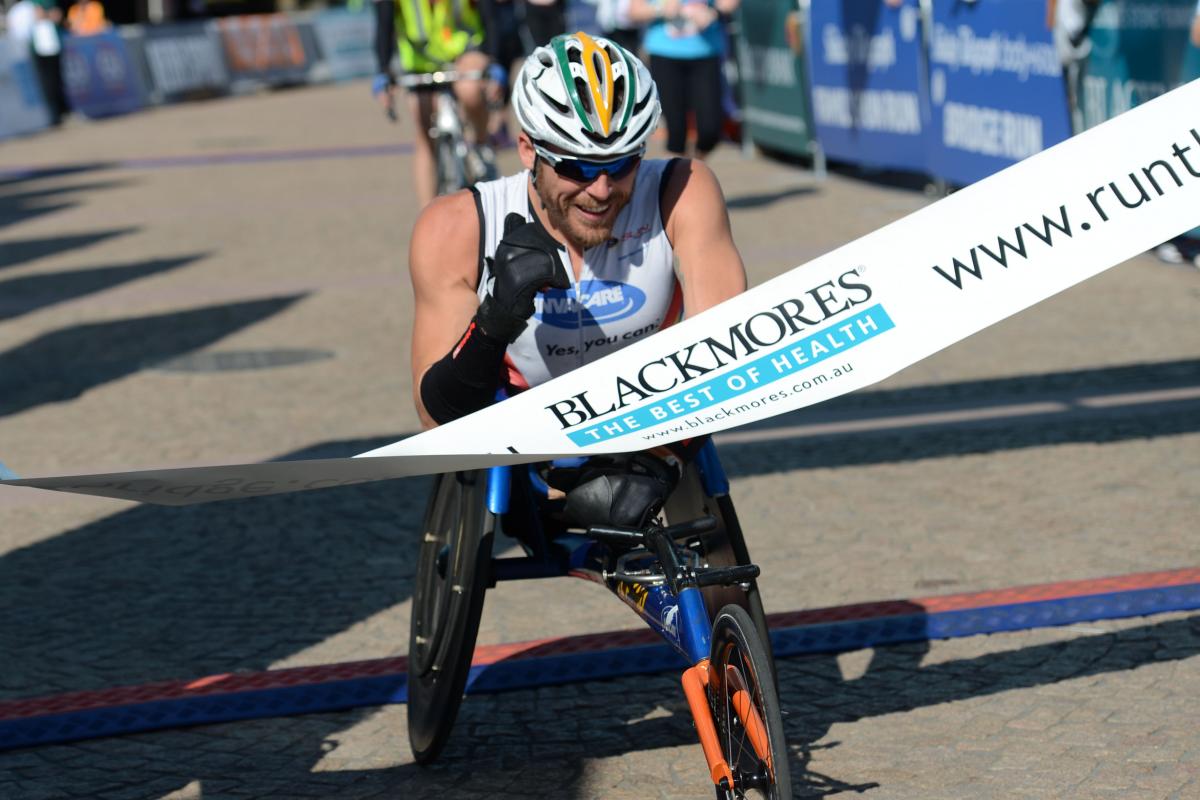 Kurt Fearnley won the 2012 Sydney Marathon, his eighth career victory in the event.

“You don’t get to race around Sydney on closed roads too often and when you get that opportunity you really enjoy it.”

Just days after winning a silver and a bronze at the London 2012 Paralympic Games, Australian wheelchair racer Kurt Fearnley returned to his home country to win his fourth consecutive and eighth overall Sydney Marathon on Sunday (16 September).

With a time of 1:44.40, Fearnley finished ahead of Richard Nicholson and Victorian Ian Rohde for the win.

"I haven't done a thing since last Sunday, not a thing,” Fearnely told The Australian after the race. “So I woke up and thought let's do something. (Sydney) is the race that started me.”

A relaxed Fearnley in Sydney said he was more focused on enjoying the experience than fast times or gold medals.

“It was all about enjoying the culture and the atmosphere of the Blackmores Running Festival,” he said.

“You don’t get to race around Sydney on closed roads too often and when you get that opportunity you really enjoy it.”

At London 2012, Fearnley took silver in the men’s 5,000m T54 race and bronze in the men’s marathon T54, as Great Britain’s David Weir won both events. After having won the marathon event at both the Athens 2004 and Beijing 2008 Games, Fearnley was a bit disappointed with his performance in London but admitted he could be back to try to reclaim the top spot on the podium in Rio in four years.

In the meantime, Fearnley will now turn his attention to winning a fifth New York Marathon title on 4 November.