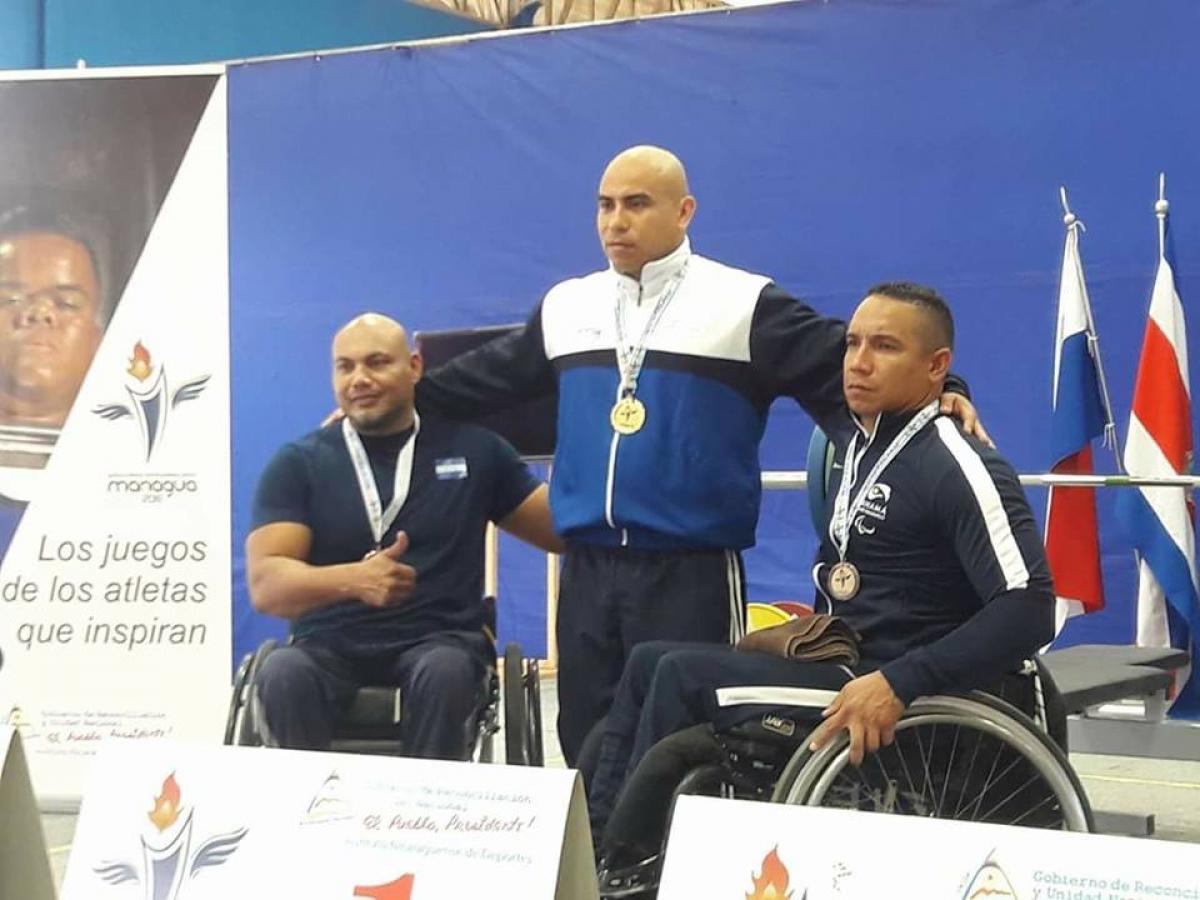 ⒸAPC
By IPC and Maribel Centeno for Managua 2018

Nicaraguan powerlifter Fernando Acevedo fulfilled one of his dreams by winning a title in front of his home crowd at the Managua 2018 Para Central American Games. Now he is already training hard to see another come true at the Americas Open Championships in Bogota, Colombia, from 5-9 December.

“That is my next goal and what I am focused on right now. After that I will start thinking about the Lima 2019 Parapan American Games and Tokyo 2020 Paralympic Games,” he said.

It will be the second time the 37-year-old will compete in the powerlifting continental competition after finishing second in the men’s up to 72kg in Mexico City, in 2015, behind Colombia’s Jainer Cantillo.

Cantillo will not be easy to beat, though. The 43-year-old has also claimed gold at the latest edition of the Parapans in Toronto, Canada, in 2015, and ended fourth at Rio 2016. He will also have the support of the Colombian crowd at the Americas Open Champs.

Acevedo, however, feels motivated after winning his second Para Central American gold at Managua 2018 and ready to cause an upset.

The Nicaraguan finished first on home soil in the men’s up to 80kg thanks to a 135kg lift. He was followed by Honduras’ Gabriel Zelaya (110kg) and Panama’s Gabriel Vasquez (95kg), who completed the podium.

“I am so happy because I could win this title in my country with my people. It is very special,” Acevedo said. “I owe this medal to God who gave me the ability to practice this sport. I also want to thank my wife, who is always paying attention to my diet and my trainings, and my children, who are my inspiration.”

His best performance in his career so far came at Toronto 2015, when he sealed bronze. He followed that up with a fifth place at his maiden Paralympics in Rio.

Acevedo took up powerlifting at 15 years old. He used to go to the gym and watch kids his age lifting weights until a neighbor invited him to try.

“I fell in love with the sport immediately. I enjoy inspiring people and showing them there is no disability that can prevent you from doing anything and achieving your dreams.”