The day will include the first ever Million Kid Run which aims to get one million kids around the world pledge to run on the day. 16 Apr 2016
Imagen 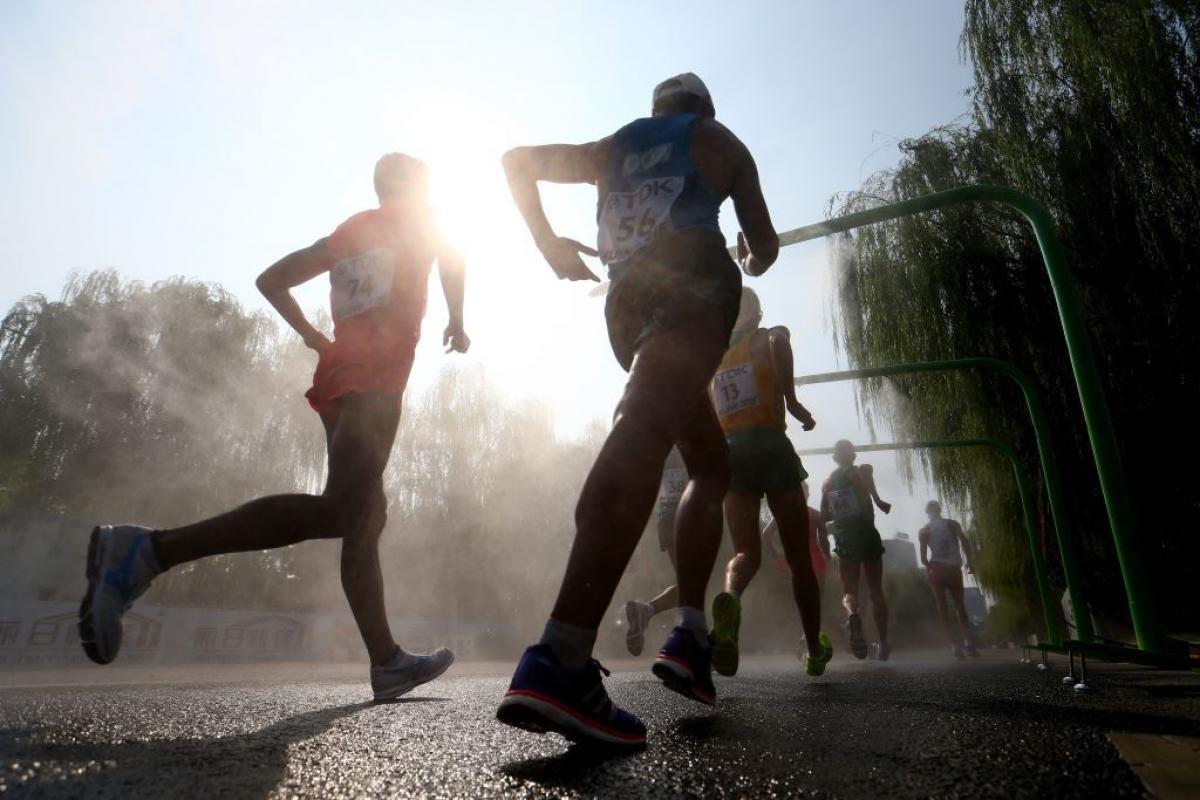 #GlobalRunningDay, a day for people all over the world to celebrate the joys of running, is set for Wednesday 1 June 2016.

“What began as a grassroots initiative eight years ago has naturally grown into a global day of running, fitness, and fun with partners and participants around the world.”

Global Running Day, a day for people all over the world to celebrate the joys of running, is set for Wednesday 1 June 2016.

The Day will feature the most prominent running organisations around the world coming together to share their passion for the sport and inspire others to get moving. The centerpiece of Global Running Day is the first-ever Million Kid Run that aims to have a million kids around the world pledge to run on 1 June.

“What began as a grassroots initiative eight years ago has naturally grown into a global day of running, fitness, and fun with partners and participants around the world,” said Michael Capiraso, president and CEO of New York Road Runners. “New this year, the Million Kid Run is a thrilling initiative that will see a million kids worldwide experience the joys of running that will hopefully inspire them to run for life. We hope that 2 June connects runners of all ages and abilities together to celebrate a sport that truly betters lives and communities around the world.”

With the elevation to Global Running Day in 2016, distinguished running organisations worldwide will be participating, including the Abbott World Marathon Majors, and many more. Runners from marathons and other races in Berlin, Boston, Chicago, Las Vegas, London, Los Angeles, Minneapolis, Mumbai, New York, Prague, Tokyo, and more, will play active roles in Global Running Day. Many of the top professional runners from around the world will also be a part of the day, and help share their passion for the sport with the global running community.

“At the Abbott World Marathon Majors, we celebrate our participants and the sport of marathoning, and it's an honor to extend that to the next generation through Global Running Day,” said Tim Hadzima, general manager of the Abbott World Marathon Majors. “We will continue to work to inspire the millions of kids running on June 1 to live a healthy lifestyle. We look forward to one day seeing these runners on the streets of our races in Tokyo, Boston, London, Berlin, Chicago and New York City.”

The first-ever Million Kid Run on Global Running Day aims to get young people around the world moving and is about making fitness fun, and inspiring kids to embrace running as a way to get healthy and fit. From a school administrator pledging students, to a youth coach pledging their running team, to a parent pledging their child, kids around the world will come together to celebrate the power and benefits of running and fitness.

Participating in the day will be as simple as making a pledge on the Global Running Day website to promise to be a part of the running community on 1 June. It can be a solo lap around the block, a long run with friends, or even a game of tag with kids. The key is for runners of all ages and abilities to share their passion for the sport and inspire others to get moving. After adults take their pledge, they can pledge on behalf of the kids in their lives, adding all of the names to a list of runners from around the world who are coming together to celebrate the sport. Pledging begins on Monday, 2 May, on globalrunningday.org. Running organisations and groups, individuals, school administrators, coaches, and parents will be able to visit the website to explore group runs and other events happening around the world, find information on running activities for all abilities for adults and youth, connect with Global Running Day socially via #GlobalRunningDay, and customise a Global Running Day bib and finisher certificate.

Global Running Day is an evolution of National Running Day in the US, which was started in 2009 by leading running organisations and races throughout the nation.