Twenty players in total took part in the first edition of the event. 26 Apr 2015
Imagen 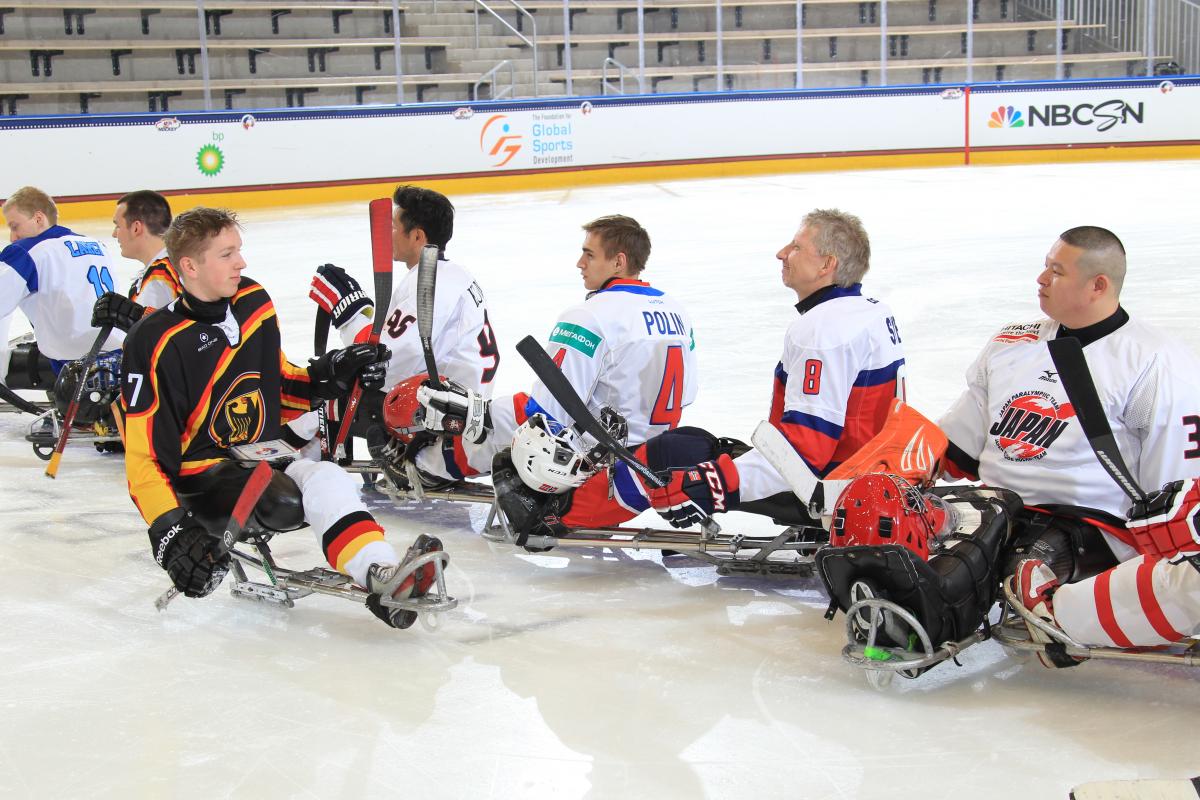 Prior to the Skills Challenge, NHL player Marcus Foligno of the Buffalo Sabres met with hockey fans in the venue to sign autographs and pose for pictures.

Six goaltenders and 14 skaters took part in the event, and as they were divided into two teams with Americans Adam Page and Chris Douglas serving as the team captains.

In the first challenge, the skater’s obstacle course, Team Page won, with the fastest skater being Canada’s Ben Delaney. The six-puck shootout was won by Canada’s goaltender, Dominic Larocque.

Because of a tie after the two challenges, it then went to a deciding shootout. After each team’s first three skaters failed to score in the shootout, Norway’s Thommas Avdal came through to win the Challenge for Team Page.

Prior to the Skills Challenge, NHL player Marcus Foligno of the Buffalo Sabres met with hockey fans in the venue to sign autographs and pose for pictures.

Games at the IPC Ice Sledge Hockey World Championships A-Pool begin on Sunday (26 April), starting with the Czech Republic-Norway matchup at 9:30am (ET).