What do you know about Cuban sprinter Omara Durand, who lines up at July’s World Para Athletics Championships, with five world titles to her name already? 15 Jun 2017
Imagen 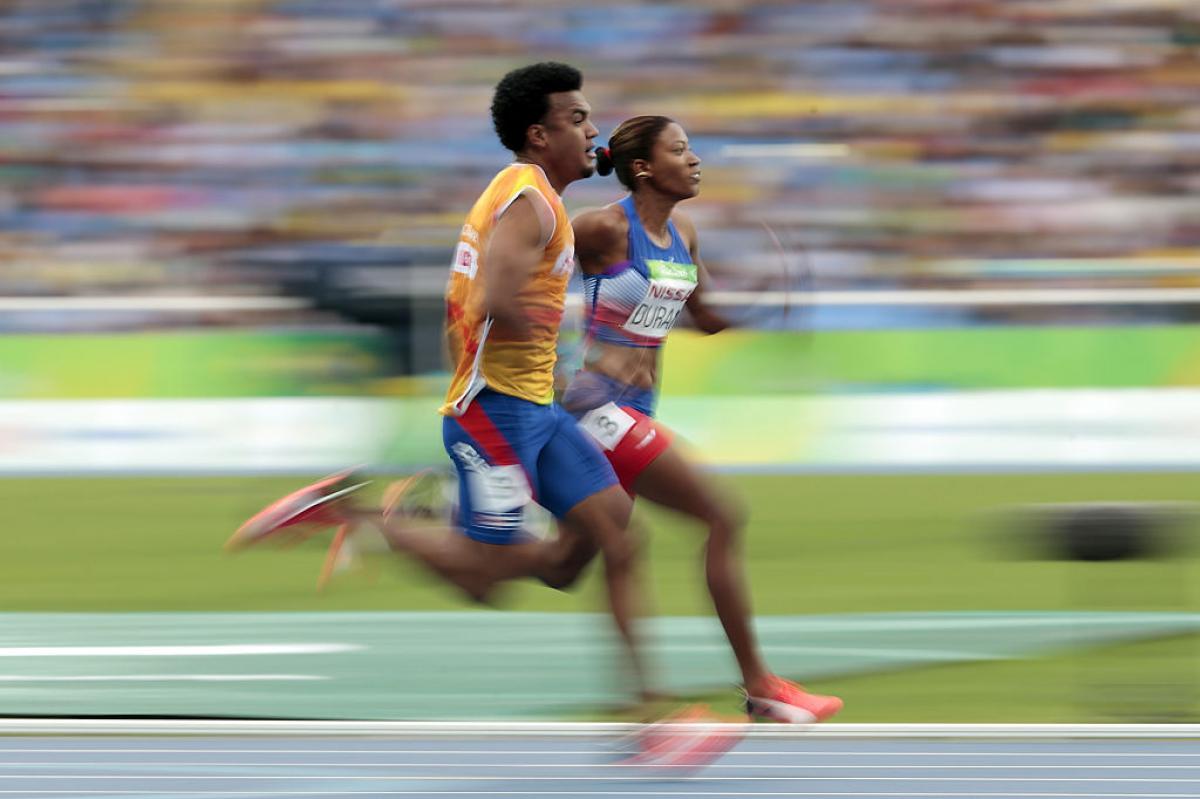 (L-R) Yuniol Kindelan and Omara Durand of Cuba in action during the Women's 100m - T12 Semifinals at the Olympic Stadium on Day 2 of the Rio 2016 Paralympic Games.
ⒸGetty Images
By IPC

•A double gold medallist at London 2012, Durand returned to competition after giving birth to her daughter Erika, winning three gold medals at the 2015 Parapan Am Games in Toronto, Canada.

•The 25-year-old went on to win a hat trick of gold medals at the 2015 World Championships and at the 2016 Rio Paralympic Games.