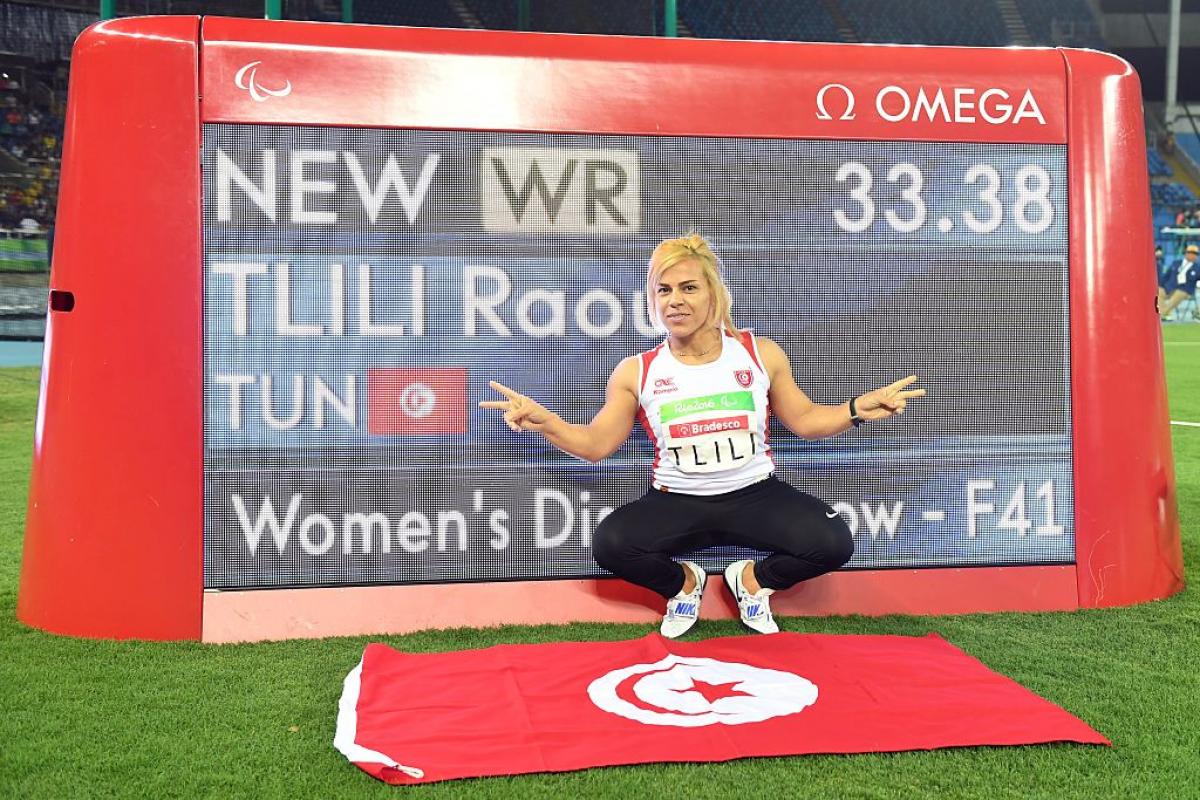 Next on our list of ‘Ones to Watch’ at July’s World Para Athletics Championships is Tunisian thrower Raoua Tlili, who competes in the F41 class for Para athletes of short stature.

1. The 27-year-old began her international career as a teenager, after taking up athletics aged 16.

2. The Tunisia has won four Paralympic and four world titles so far.

5. On her return home after Rio 2016, Tlili was presented with a medal of sporting merit by the President of the Republic in the Carthage Palace.